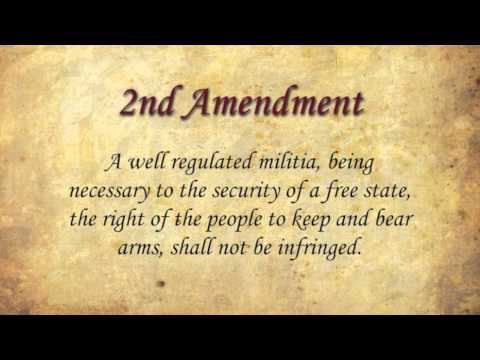 In the wake of the most recent mass killing tragedy in California, politicians and anti-gun advocates have come out of the woodwork in an effort to use these events as an opportunity to further their agenda.

As evidence of this look no further than the recent statements by Connecticut Senator Richard Blumenthal on Face the Nation.

“At least we can make a start and I am going to urge that we bring back those bills, maybe reconfigure them, centre on mental health, which is a point where we can agree that we need more resources to make the country healthier and to make sure that these kinds of horrific, insane, mad occurrences are stopped.”

What Senator Blumenthal purposely failed to mention, of course, is that Elliot Rodger used and/or attempted to use multiple weapons during his killing spree, suggesting that access to guns had absolutely nothing to do with his mental state. He had intent to kill and could just as easily have rolled his BMW through a crowd of people at high speed. No law – no gun law, no knife law and certainly no traffic law would have prevented this person from doing what he did. Even the government’s predictive crime algorithms failed to identify the potential threat, despite the fact that Rodger posted videos of his intentions prior to the incident.

If it were up to Senator Blumenthal and supporters of gun restrictions, however, the tens of millions Americans who are mentally stable, law abiding and own firearms for hunting and self defense would become subject to government prying into every aspect of their lives. Police would have the justification necessary to simply kick down doors any time they believe a threat may exist, even if no evidence of such exists, in similar fashion to what happened to a woman in Milwaukee just recently.

Like the government has done with America’s veterans, even a diagnosis of stress or anxiety could lead to confiscation. In fact, the latest edition of the Diagnostic and Statistical Manual of Mental Disorders used by psychiatrists to clinically diagnose patients actually includes a diagnosis of mental illness called Oppositional Defiant Disorder. It identifies non-conformist behaviors such as ongoing patterns of disobedient, hostile and defiant behavior as illnesses. Under such criteria one could technically be diagnosed with ODD for refusing to subscribe to majority-supported ideas disseminated by the government, and as such, could lead to confiscation of firearms of those identified by their clinician as mentally ill. And this is just one of scores of potential mental illnesses identified by the nearly 1000-page handbook.

It is on this note that we share with you an open letter from Joe “The Plumber” Wurzelbacher, published at his web site Joe for America, in which he argues that despite the horrific tragedy and difficulty being experienced by the families of those killed by Rodger, the deaths of these innocent people do not trump the Constitutional and God-given rights for the rest of us.

AN OPEN LETTER: To the parents of the victims murdered by Elliot Rodger.
By Joe Wurzelbacher

I’m not talking here about the three tragic murders Rodger committed by stabbing before his driving and shooting spree; I speak now only to the families of the gunshot victims in Santa Barbara:

I am sorry you lost your child. I myself have a son and daughter and the one thing I never want to go through, is what you are going through now. But:

As harsh as this sounds – your dead kids don’t trump my Constitutional rights.

Richard Martinez, whose son (Christopher) was among the murdered, choked back tears at a news conference, blaming politicians the next day: “The talk about gun rights. What about Chris’ right to live?” Martinez said – and much more.

There are no critical words for a grieving father. He can say whatever he wants and blame whoever he’d like – it’s okay by me. You can’t take a step in his shoes – at least I can’t.

But the words and images of Mr. Martinez blaming “the proliferation of guns”, lobbyists, politicians, etc.; will be exploited by gun-grab extremists as are all tragedies involving gun violence and the mentally ill by the anti-Second Amendment Left.

As a father, husband and a man, it is my responsibility to protect my family. I will stand up for that right vehemently. Please believe me, as a father I share your grief and I will pray for you and your family, as I do whenever I hear about senseless tragedies such as this.

We still have the Right to Bear Arms and I intend to continue to speak out for that right, and against those who would restrict it – even in the face of this horrible incident by this sad and insane individual. I almost said “Obama Voter” but I’m waiting for it to be official.

I noticed the mainstream media have stopped the practice of immediately reporting the psycho maniac is a conservative Tea Party Republican Christian. Guess they’re sick of having to hide being wrong every time when it comes out the whacko votes Democrat?

Mr. Martinez and anyone calling for more restrictions on American’s rights need to back off and stop playing into the hands of the folks who merely capitalize on these horrific events for their own political ends.

In conclusion, I cannot begin to imagine the pain you are going through, having had your child taken away from you. However, any feelings you have toward my rights being taken away from me, lose those.

PS: To the parents of Elliot Rodger’s stabbing victims: I’m very sorry for your loss. I’m sick to death every damn time I turn around and some poor soul with obvious violent mental sickness is allowed to exact this kind of pain on a family.

Elliot Rodger deserved help, yes – but your child deserved so much more. I’m very sorry and sad for you.