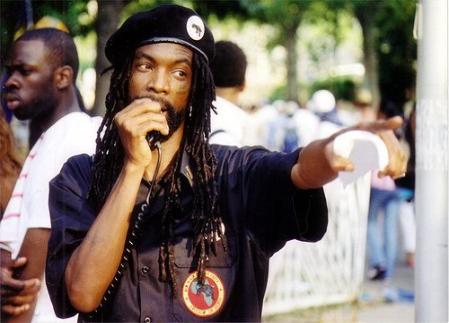 In an article published last year in Time Magazine, John McWhorter, an associate professor of English and Comparative Literature at Columbia University, brings the problems of racism among young blacks clearly to mind (1) that among many black people racism against white people runs rampant; (2) that 50% of all murders committed in the US are committed by young black people; (3) that this is a significant problem which hurts black people worse than it does people of other races; and (4) that the elephant in the room is deliberately ignored by main stream media and denied by so-called black leaders of the so-called black community. I use the term “so-called” for two reasons.

First, there is no black community as the term implies, i.e., a collective of people with black skin, who think a single way. A true community is a composition of individuals who come together with a set of commonly held values. Black people are individuals and many, if not most, hold the same personal values as the majority of other people. Black people are no more a mob than “white” people are. In fact, the term Black is itself a misnomer as inaccurate as the term “white.” How many shades of skin color are there in the so-called “black” community, where ethnicities are often mixed and colors infinitely graded? The same is true of “white” people. I like to say that my wife is of mixed heritage, because she is part German, part Irish, part Swiss, part Scottish. All people are of shades too subtly variable to perceive. This statement is not made in the interest of political correctness. It is fact.

Secondly, I say “so-called leaders” because no real leader leads his people over a cliff, even a social one. Al Sharpton and Jesse Jackson are NOT leaders. They are snake oil salesmen whose fraudulent product has been palmed off on too many gullible people, both “white” and “black.”

The classic racism that existed in the 19th Century and in early decades of the 20th Century involved brutal acts, such as murders and lynching of blacks by the KKK and other white mobs, and the only slightly lessened cruelties of refusing to hire black people or rent them apartments or admit them to movie theaters and restaurants. These actions were a result of racial or ethnic prejudice, which is an attitude.

But attitudes, although they may motivate actions, are not actions themselves. The Civil Rights Act and subsequent laws, such as hate crimes legislation, made acting on racial and other prejudice a crime, punishable in various ways through civil law. But it did not forbid thought or attitudes of any kind, because how people think cannot be legislated or controlled by anyone but the people holding them. This is an important distinction in the discussion or racism, because actions and not attitudes is what can directly affect society. Racism as an attitude does not kill people. Acting on Racism is the killer.

In another article entitled “A Better Way to Honor Dr. King’s Dream” Mr. McWhorter stated, “. . .in the decades since the March on Washington, black America has been taken on a detour by too many self-described progressive black thinkers and leaders, whose quixotic psycho-social experiment they disguise as a continuation of the civil-rights movement. With segregation illegal and public racism considered a moral outrage, we black Americans are now told that we will not truly overcome until Americans don’t even harbor private racist sentiment, until race plays not even a subtle role in America’s social fabric.

In other words, our current battle is no longer against segregation or bigotry but “racism” of the kind that can be revealed only by psychological experiments and statistical studies.
This battle is as futile as seeking a world without germs.”

It has been exceedingly rare in recent years to learn of black people being lynched by shouting mobs of white rednecks. Now, there is a pandemic of murders by black, mostly young, against white and black alike. This violence comes from a call to action by those in power among the so-called black community. As I said earlier, attitudes of racism, however abhorrent, are not now and have never been the focal problem in race relations. It is the actions taken in the name of that attitude that make all the difference. Of course, it follows that before someone will take actions in the name of an attitude, they must first possess the attitude.

Black people, especially the young, are vulnerable to the motivation toward racist attitudes and the too often resultant action. And they are given plenty of motivation. Al Sharpton uses race-baiting as the basis of his dodgy career in a fake stance on “civil rights” as do bald-faced political opportunists like Charles Rangel and Jesse Jackson. Louis Farrakhan has often spoken in racist terms against Jews and others, which are taken as the norm by his “followers” and by those who listen to him. Jeremiah Wright shouts “God damn America!” Dr. King must be writhing in his grave in utter disgust at this horror, a total corruption of his dream.

These exhortations to take up attitudes which lead to violence are not the exclusive responsibility of Al Sharpton and Jesse Jackson, but also of Barack Obama, who said that American Hispanics should “punish their enemies” and whose mainstay, of Valerie Jarrett who openly threatened all opposition to Obama’s reign, and of Eric Holder’s flat refusal to prosecute Black Panthers who physically threatened white voters outside polling places. These are the very Black Panthers, it should be remembered, who vociferously advocate the killing of all white people.

Perhaps the ultimate crime is by the media, who commit the sin of omission by failing to bring the truth to the public. Thus, black people are deliberately kept in ignorance of the reality that enormous progress has been made in race relations in the US. Black people are not only represented in government, but in some measure are even over represented if their numbers among the national population, approaching 13% according to the last census, are the set as quotas for participation.

Culturally, too, black people have achieved not mere equality, but superiority in many areas of life. Interracial marriage, for example, once a serious taboo among both white and black people, is now taken more or less for granted where it occurs. Black people are in the media and in professions in large numbers and with great success. Oprah Winfrey is not popular merely among black women, but among women of all colors.

The mainstream media do almost nothing to point out the truth of this situation. Instead, they look the other way. But the fact that 50% of the murders in America by a minority that reaches no more than 13% is itself a horror that cannot be tolerated, not only by white people, but by honest black people, as well.

Bravo to John McWhorter, an honest man bravely advocating that the most effective solution to the problem will begin when black people recognize and admit it. It is important to recognize that the numbers mentioned in Mr. McWhorter’s article do not indicate that all black people act on racist attitudes. However, those who are aware of the realities and are honest enough to admit them must take action if the problem is ever to be solved.