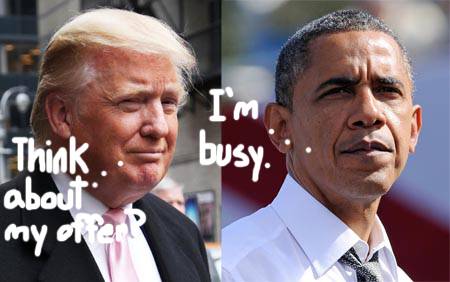 On Tuesday, Donald Trump revealed at The National Press Club that he actually raised the offer to $50 million in an attempt to get a response, and still none came.

It has been widely reported that Obama has spent anywhere from $2 million to $5 million to protect and seal his college records. Many Americans, like myself, find it highly unlikely that anyone would commit that kind of money unless they truly had something to hide. It is also beyond ironic that the same man who sits in the power seat of a country that has taken Big Brother surveillance to a new level, would be so dogged in protecting a few college records and thus his own privacy.

50 Million Dollars could have done a lot for a legitimate charity, or alternatively made a down payment on another African Vacation. Here is the video of Trump’s comments:

Do you find it the least bit ironic that this happened at The National Press Club and the mainstream press is not reporting it?