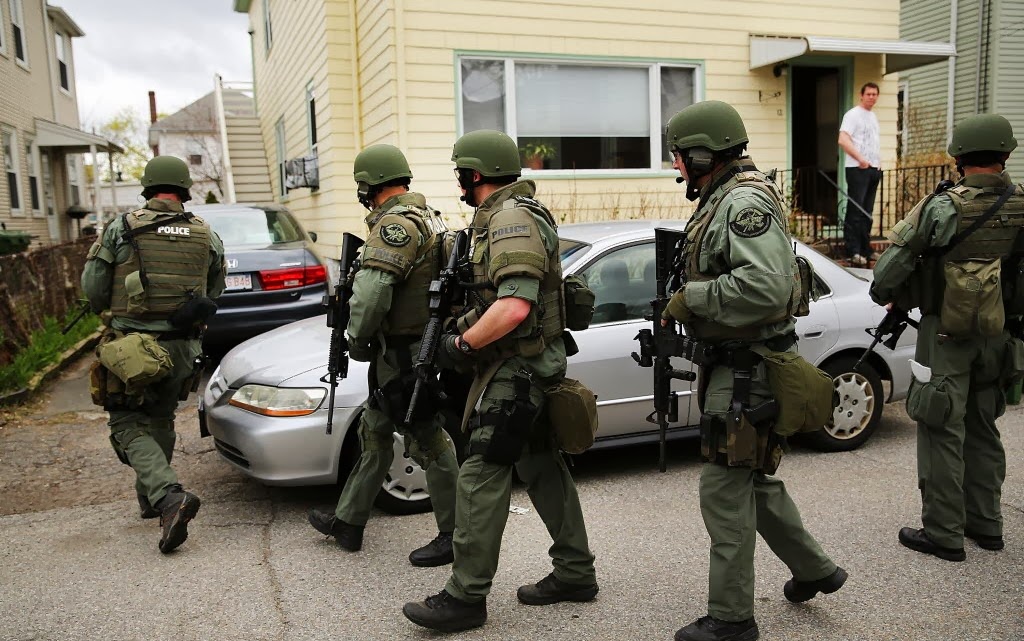 For years the government has been stockpiling weapons, ammunition, riot gear and armored vehicles. Military personnel have been training in tandem with federal and local police using everything from fully armed helicopters to tanks across America’s major cities in what appears to be a hybridization of  domestic law enforcement agencies. Yet, questions about these shadowy activities have been dismissed by media and public officials as nothing more than training designed to help our country’s fight against terrorism at home and abroad.

But while the majority of Americans either have no clue this is happening or simply prefer to keep their heads in the sand, a new report from the Washington Times via Infowars suggests otherwise.

The armaments, training and anti-terror directives are not for use against terrorists in some far-off war zone like Afghanistan, but rather, are designed for American citizens right here at home.

Yes, you are the target.

The troubling aspect of the directive outlines presidential authority for the use of military arms and forces, including unarmed drones, in operations against domestic unrest.

“This appears to be the latest step in the administration’s decision to use force within the United States against its citizens,” said a defense official opposed to the directive.

Directive No. 3025.18, “Defense Support of Civil Authorities,” was issued Dec. 29, 2010, and states that U.S. commanders “are provided emergency authority under this directive.”

“Federal military forces shall not be used to quell civil disturbances unless specifically authorized by the president in accordance with applicable law or permitted under emergency authority,” the directive states.

“In these circumstances, those federal military commanders have the authority, in extraordinary emergency circumstances where prior authorization by the president is impossible and duly constituted local authorities are unable to control the situation, to engage temporarily in activities that are necessary to quell large-scale, unexpected civil disturbances” under two conditions.

The conditions include military support needed “to prevent significant loss of life or wanton destruction of property and are necessary to restore governmental function and public order.” A second use is when federal, state and local authorities “are unable or decline to provide adequate protection for federal property or federal governmental functions.”

“Federal action, including the use of federal military forces, is authorized when necessary to protect the federal property or functions,” the directive states.

Military assistance can include loans of arms, ammunition, vessels and aircraft. The directive states clearly that it is for engaging civilians during times of unrest.

This is not some conspiracy theory or sensationalist view of government operations. This is an actual military directive to be executed under orders from the President of the United States.

The tens of of billions of dollars spent on ensuring that these directives are successful once implemented indicate, in no uncertain terms, that the government is planning on this actually happening at some point in the future. Otherwise, why spend the time, money and effort?

This latest revelation shows that the U.S. government has a plan for quelling widespread civil unrest. And, earlier this year Dave Hodges shed light on another important aspect of these directives: what to do with those civilians who aren’t killed when the military rises up against Americans:

There are two terms which should concern you, namely, Internment and Resettlement (I/R). As if this needs any further elaboration, the two terms simply mean that you will be snatched from your home and sent to a detention camp for an undetermined period of time and treated in a manner which will not be defined by any law.

For the last decade numerous elements within the U.S. government have been war-gaming scenarios that include everything from large scale economic breakdown tomassive natural catastrophes in anticipation of a major event that would lead to widespread civil unrest, violence and the disappearance of law and order.

Following these simulations they have begun implement directives such as the one cited above.

It’s as if they know it is coming.

Given the evidence, every individual in America should prepare for the worst and assume it is coming too.