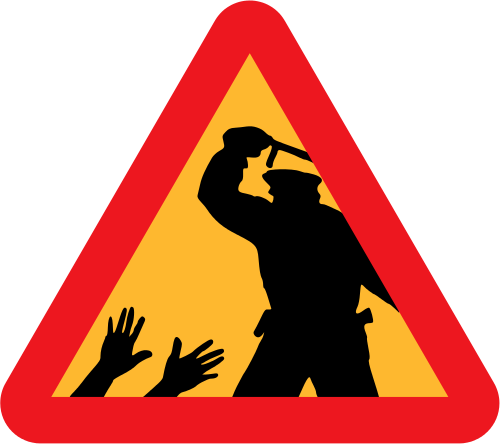 Seattle’s new policy changes to restrict the use of excessive force have area cops in an uproar. And they are doing everything they can to reverse those changes to lift the veil of limits while exercising brute force. On Wednesday, 120 officers are plaintiffs in a new lawsuit. So why did a policy change occur this year? By 2012, the Seattle Police Department had been under heavy federal watch after numerous incidents of using excessive force, mainly on minorities, Reuters reports. Years of excessive police force were so significant that Seattle worked out a new policy with the U.S. Department of Justice.The lawsuit seeks to dismantle all of it. The reasons why, and what the officers want, are very telling….According to the lawsuit, the officers find that the new policy will “unreasonably restrict and burden Plaintiffs’ right to use force reasonably required, to protect themselves and others from apparent harm and danger.”

But the reason for any kind of a restriction in the first place was bred out of unreasonably endangering the lives of citizens.

They want compensation and a complete policy overhaul. And get this – they call the policy “unconstitutional and beyond repair.”Unconstitutional. Delusion much?

Along with the city of Seattle, targets of the lawsuit also include U.S. Attorney General Eric Holder and Mayor Ed Murray.

In keeping with a court order, presumably meant for confidentiality, Murray didn’t say much about the suit. But he did say:

The Justice Department and the federal courts say we need to deal with issues of use of force as well as other issues in our police department.

In reality, this seems to be another insider tap on the wrist, much as we have seen in Albuquerque, New Mexico. There, the APD (Another Person Dead) has “come under fire” by the Department of Justice for policy changes including a training manual that encouraged more confrontational behavior when dealing with citizens. The DOJ ultimately issued a list of “recommendations” to help the police maintain some outward semblance of accountability. Apparently, the Police State in Seattle didn’t get that memo of behavioral protocol, and has decided to publicly state that it simply can’t do its job unless it is completely unrestrained.