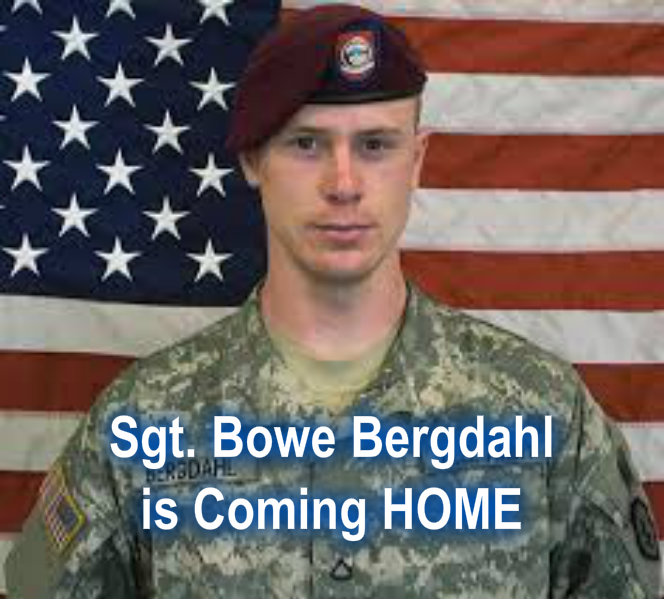 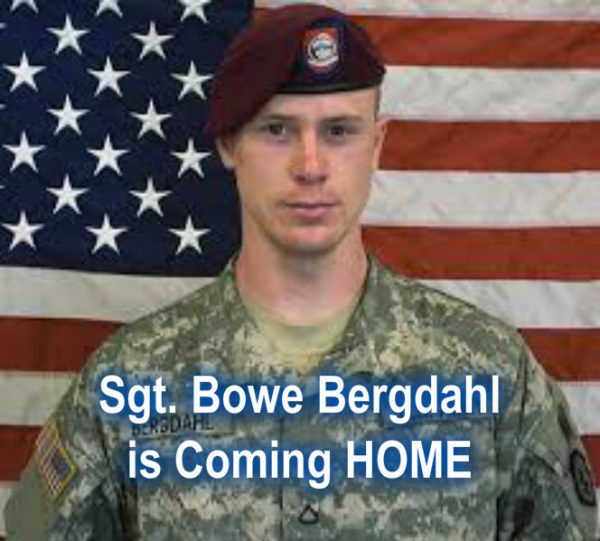 Sgt. Bowe Bergdahl is coming home after nearly five years of being incarcerated by The Taliban. That is good news for many and I do not want to diminish the importance of bringing every one of our soldiers home. No one left behind! If you want to get into the politics of whether Bergdahl was a traitor or deserter, as some claim, please see Pamela Geller’s outstanding report. I want to talk about the domestic politics and foreign relations consequences of the release. The Obama Administration is not only negotiating with terrorists… they aren’t doing it very well.

Barack Obama has drawn harsh criticism already for the move and I believe it is justified. We must consider that the world watches every move that Obama makes and it seems, yet again, that he was a weak leader and negotiator who bowed to Islamic supremacists.

First and foremost, a “five-for-one” deal does not seem equal to anyone from the outside looking in. Considering we released 5 in August for the simple right to open peace talks this may be an improvement. But maybe we should look at who we have agreed to release, because it is not simply the sheer number of prisoners exchanged, but also who they are. As reported by The Weekly Standard:

Mullah Mohammad Fazl (Taliban army chief of staff): Fazl is “wanted by the UN for possible war crimes including the murder of thousands of Shiites.” Fazl “was associated with terrorist groups currently opposing U.S. and Coalition forces including al Qaeda, Islamic Movement of Uzbekistan (IMU), Hezb-e-Islami Gulbuddin (HIG), and an Anti-Coalition Militia group known as Harakat-i-Inqilab-i-Islami.” In addition to being one of the Taliban’s most experienced military commanders, Fazl worked closely with a top al Qaeda commander named Abdul Hadi al Iraqi, who headed al Qaeda’s main fighting unit in Afghanistan prior to 9/11 and is currently detained at Guantanamo.

Mullah Norullah Noori (senior Taliban military commander): Like Fazl, Noori is “wanted by the United Nations (UN) for possible war crimes including the murder of thousands of Shiite Muslims.” Beginning in the mid-1990s, Noori “fought alongside al Qaeda as a Taliban military general, against the Northern alliance.” He continued to work closely with al Qaeda in the years that followed.

Abdul Haq Wasiq (Taliban deputy minister of intelligence): Wasiq arranged for al Qaeda members to provide crucial intelligence training prior to 9/11. The training was headed by Hamza Zubayr, an al Qaeda instructor who was killed during the same September 2002 raid that netted Ramzi Binalshibh, the point man for the 9/11 operation. Wasiq “was central to the Taliban’s efforts to form alliances with other Islamic fundamentalist groups to fight alongside the Taliban against U.S. and Coalition forces after the 11 September 2001 attacks,” according to a leaked JTF-GTMO threat assessment.

Khairullah Khairkhwa (Taliban governor of the Herat province and former interior minister): Khairkhwa was the governor of Afghanistan’s westernmost province prior to 9/11. In that capacity, he executed sensitive missions for Mullah Omar, including helping to broker a secret deal with the Iranians. For much of the pre-9/11 period, Iran and the Taliban were bitter foes. But a Taliban delegation that included Kharikhwa helped secure Iran’s support for the Taliban’s efforts against the American-led coalition in late 2001. JTF-GTMO found that Khairkhwa was likely a major drug trafficker and deeply in bed with al Qaeda. He allegedly oversaw one of Osama bin Laden’s training facilities in Herat.

Mohammed Nabi (senior Taliban figure and security official): Nabi “was a senior Taliban official who served in multiple leadership roles.” Nabi “had strong operational ties to Anti-Coalition Militia (ACM) groups including al Qaeda, the Taliban, the Haqqani Network, and the Hezb-e-Islami Gulbuddin (HIG), some of whom remain active in ACM activities.” Intelligence cited in the JTF-GTMO files indicates that Nabi held weekly meetings with al Qaeda operatives to coordinate attacks against U.S.-led forces.

Do you think that releasing these men might be dangerous? To be completely fair, part of the deal is for these five men to be transferred to Qatar and spend at least one year there before release. However, do you think that an extra year will truly make a difference? Do you think that these men will leave prison with a whole new respect for Americans?

Additionally, Obama has exposed another weakness in America’s foreign policy. What is to stop terrorists from targeting American soldiers for capture now that they see how lucrative the exchanges may be? Two Republican Senators rightfully pointed this out:

“Trading five senior Taliban leaders from detention in Guantanamo Bay for Bergdahl’s release may have consequences for the rest of our forces and all Americans. Our terrorist adversaries now have a strong incentive to capture Americans. That incentive will put our forces in Afghanistan and around the world at even greater risk,” House Armed Services Committee Chairman Howard P. McKeon (R-Calif.) and the ranking Republican on the Senate Armed Services Committee, James M. Inhofe (Okla.), said in a joint statement.

Lastly, the Obama Administration has proven once again that it is not interested in following the letter of the law. The Washington Post reports that this prisoner exchange was in violation of established laws that are meant to include the appropriate committees in congress.

Top Republicans on the Senate and House armed services committees went so far as to accuse President Obama of having broken the law, which requires the administration to notify Congress before any transfers from Guantanamo are carried out.

Lawmakers were not notified of the Guantanamo detainees’ transfer until after it occurred.

The law requires the defense secretary to notify relevant congressional committees at least 30 days before making any transfers of prisoners, to explain the reason and to provide assurances that those released would not be in a position to reengage in activities that could threaten the United States or its interests.

Before the current law was enacted at the end of last year, the conditions were even more stringent. However, the administration and some Democrats had pressed for them to be loosened, in part to give them more flexibility to negotiate for Bergdahl’s release.

Barack Obama has once again found an excuse to go around congress. I am sure the administration will offer some sort of “now or never” scenario in which there was no time to go through appropriate channels.

There are always excuses but the law is the law.

Barack Obama becomes more of a dictator every single day and congress continues to whine about it while being too afraid to take action.