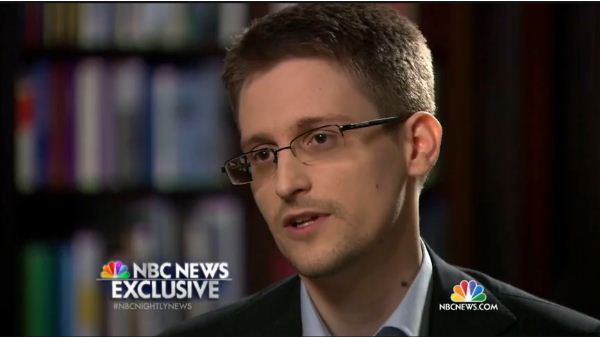 Last June, South Carolina Senator Lindsey Graham said on Fox News that he was “glad” that his data was being collected and analyzed.

“I’m a Verizon customer,” he added. “I don’t mind Verizon turning over records to the government if the government is going to make sure that they try to match up a known terrorist phone with somebody in the United States,” Graham said.

In an unaired clip  of NBC News’ interview with Edward Snowden, he explains that mass surveillance isn’t making us safer and is just taking our rights and privacy away.

“I take the threat of terrorism seriously, and I think we all do. I think it’s really disingenuous for the government to invoke and sort of scandalize our memories to sort of exploit national trauma that we all suffered together and worked so hard to come through to justify programs that have never been shown to keep us safe, but cost us liberties and freedoms that we don’t need to give up and that our Constitution says we should not give up.”

In the allegedly censored clip, Snowden also reveals that the U.S. had all of the intelligence regarding the terrorist attacks on Sept. 11, 2001 but were unable to connect the dots.

“You know this is a key question that the 9/11 commission considered, and what they found in the postmortem when they looked at all the classified intelligence from all the different intelligence agencies, they found that we had all of the information we needed as an intelligence community, as a classified sector, as the national defense of the United States, to detect this plot,” Snowden said.

And all of this haystacking is a problem: “The problem with mass surveillance is that we’re piling more hay on a haystack we don’t understand.  And this is the haystack of the human lives of every American citizen in our country.”

Snowden said that we’re taking money away from successful investigation tactics and investing in these needle-in-a-haystack-type situation.

“If these programs aren’t keeping us safe and they’re making us miss connections, vital connections on information we already have,” he added. “We’re taking resources away from traditional methods of investigation from law enforcement operations that we know work.”

“If we’re missing things like the Boston Marathon bombings where all of these mass-surveillance systems, every domestic dragnet in the world, didn’t reveal guys that the Russian intelligence service told us about by name, is that really the best way to protect our country or are we trying to throw money at a magic solution that’s actually not just costing us our safety, but our rights and our way of life,” Snowden said.

Makes you wonder what else are we missing and why these shocking revelations weren’t included in NBC’s primetime broadcast.