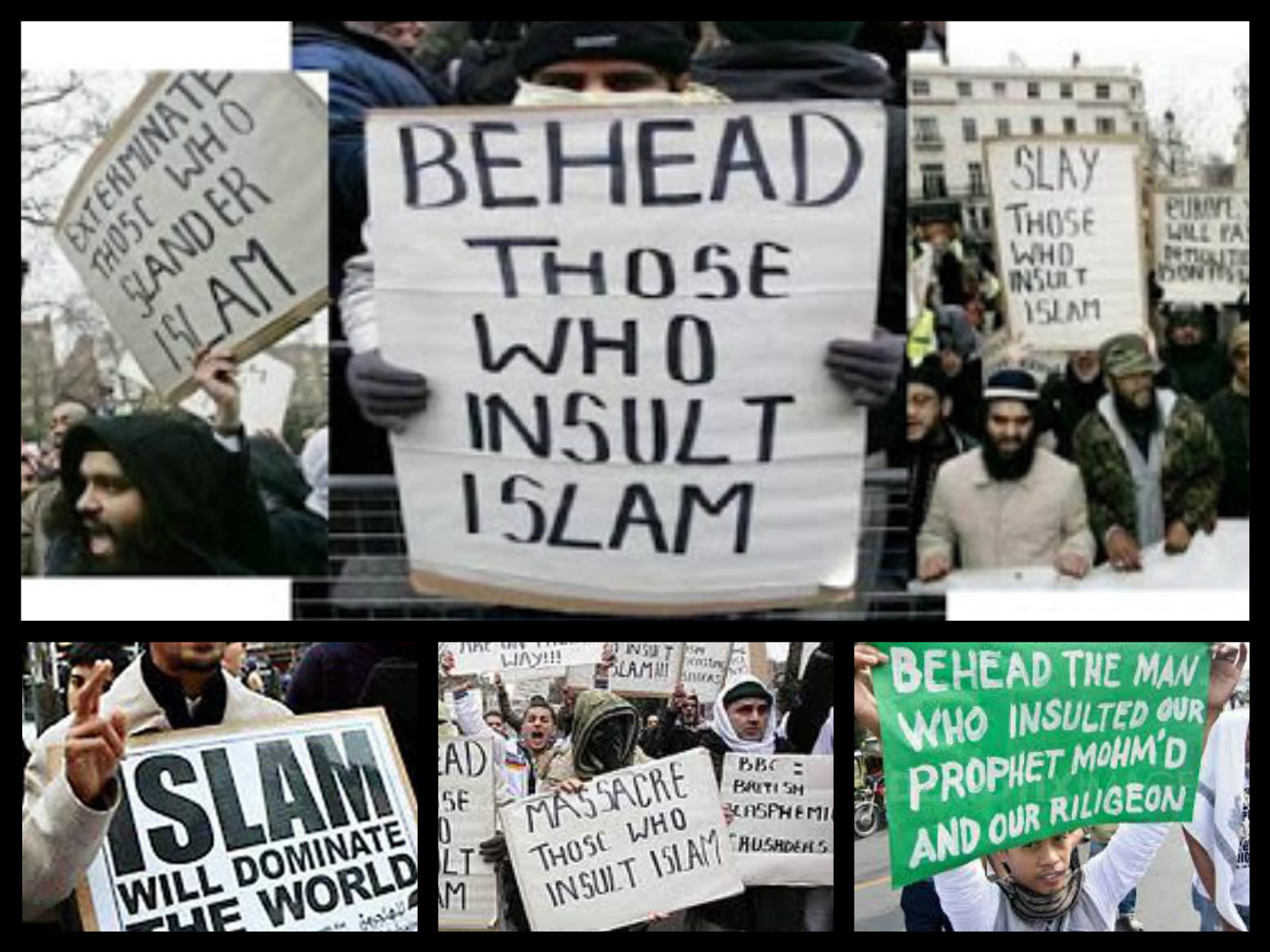 One aspect of political correctness takes the form of attacking those who criticize Islam. The attackers claim freedom of religion, but Islam is not just a religious system. It is a political system, as well. Islam is a theocracy in which all aspects of life are controlled by those who head the religious faction in power. Moreover, Islam, please do not forget, does not respect individual rights any more than Socialism or Communism do, and those who promote Sharia law are ideologues, just as are those who promote Socialism and Communism, and their efforts are as insidious and destructive as any collectivist system. Islam is a collectivist system, while Christianity is not. Islam is a religious-political system that is not free, while Catholic Christianity has freedom at its very basis.

Free will is an essential part of Roman Catholic Christian ethics and morality. One is not bound to be free of sin. One must make oneself free of sin. If one does not make a confession truly repenting his sins, the confession is invalid and the sin unforgiven. While Islam preaches a fear of God, Catholicism preaches love of God. While Islam demands obedience as the measure of one’s worthiness in the eyes of Allah, Catholic Christianity asks for the investment of faith as an act of will. On this premise, let us propose a test. Say there are two persons discussing crime. One says, “I will not kill or steal because the law will catch up with me and I will go to jail.” The other says, “I will not kill or steal, because those things are wrong and I would not like either of them done to me.” Which of these is the more moral? Now let us propose a second test in which two men are discussing sin. The first says, “I will not commit sin because God will punish me and send me to Hell.” The other says, “I will not commit sin because I just feel it is wrong to sin.” Which of these takes the moral position? In both cases, it is the second who is the more moral, for, while the first will not commit crimes or sin, he does so out of compulsion of obedience, while the second refuses to commit crime or sin out of a moral sense, not out of obedience, but out of free will and a code of conduct he sees as right.

Built into the teachings of Islam is a basic hatred of Jews. It is easy to confuse this hatred of Jews with hatred of Israel, a political body, but this is deceptive. Because of the indelible link between Islamic religion and Islamic politics, Palestinians and the groups which claim to take up their cause feel justified in killing Jews. But their intention is not merely to reintroduce Palestinians to the land we now call Israel, but to eradicate Jews worldwide. Their anger against Israel is symbolic of their universal hatred of Jews worldwide. They claim injustice at the hand of Israel as their excuse for sending their children into Israeli pizza parlors and markets strapped to bombs that will martyr them. But this shows a distinctly opposite moral value when compared to Israel. For, when Jews were persecuted far worse by Germany during the Holocaust than Palestinians have been by Israel, they still did not send their children into German market places and restaurants to blow themselves up.

Islamists put a false value on what they call justice. And they do so without mercy. While Christians decry adultery and may even shun the adulterer, Muslims stone the woman to death while more or less absolving the man of his sin. And while Christians will prosecute rape, Muslims seem to have not the slightest qualm about practicing it as a punishment against women who have somehow offended them. Moreover, they willingly execute a rape victim as “unclean” and so-called honor killings of daughters and wives by angry husbands and brothers, or even uncles and cousins, is considered perfectly acceptable to Muslims who practice orthodox Islam.

Likewise, a woman who marries outside of Islam is condemned to death, as is proven by a recent case in the news. The woman is pregnant, and the Islamic authorities have granted a stay of execution so as not kill the child when they execute the mother. But the very thought of executing someone for such a “crime” is so far beneath the morality of any modern civilization that one must assume Islam, in a form that would perpetrate such a misogynistic crime under the sham of delivering justice, is no religion to be respected. In fact, only the most primitive society would permit such treatment of people who have in fact committed no crime whatsoever.

To claim with Politically Correct, rather than righteous, indignation that it is in violation of Muslims’ religious rights to criticize Islam, deserves outrageous indignation in return, and anyone who dares to make such a claim should be shouted down. Religious freedom is guaranteed in this country, and Muslims can pray in their Mosques at will, but their freedom does not trump the freedom of others. They have no right to block traffic or to invade neighborhoods to poison peoples’ dogs or to take over neighborhoods with the intention of practicing Sharia. There is no such right in a free country. What they want is not freedom, but the subjugation of non-Muslims. This is proven over and over again when Muslims wantonly kill Christians and Jews everywhere they can on the globe. This is a demonstration not only of the invidiousness of Political Correctness, but of the dishonesty of all those who use it as a weapon with which to persecute their detractors.