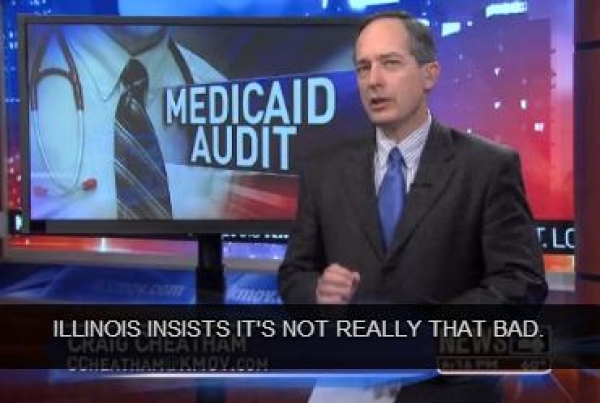 In my recent article, Medicaid Kills, the poor health care outcomes involving Medicaid covered individuals along with waste and mismanagement in the Georgia Medicaid program were highlighted as examples of why Medicaid expansion under Obamacare is not a solution to addressing the health care needs of the uninsured or under-insured. The article indicated that, along with Georgia, other state Medicaid programs are filled with the same problems riddling this federally-funded “state” health insurance coverage program. In fact, it was reported by the Daily Caller that the State of Illinois paid out $12 million in Medicaid benefits over the past two years on covered individuals who were, in fact, dead.

According to a state audit, the Illinois Department of Health and Family Services maintained 8,232 dead individuals on the Medicaid eligibility roll that were receiving benefits. Per-month premiums were paid by the state at a cost of $7 million for 561 people that were dead an average of two years before ever being enrolled for the state’s Medicaid program. In one instance, an individual had been dead 663 days and then enrolled for Medicaid services under Managed Care. Bill Holland, Auditor General, stated to the Chicago Sun Times, “They need to improve their system to ensure the death dates for current enrollees, and just to ensure that people who were deceased were not enrolled.”

So far, according to a spokeswoman for the Department of Health and Family Services, $7 million of over-payments have been recovered from private organizations with hopes of recovering the remaining funds.

Spokeswoman Joanne von Alroth claimed, “We expect to have it all back. The organizations and providers who were overpaid acknowledged that it was a mistake. This was disclosed to us more than a month ago, and we immediately addressed it… as soon as we were made aware of it, we took immediate action.”

Some cases have been referred to the state attorney general for investigation according to the state audit. One case involved the program paying out $29,860 for 816 services from 2005 to 2013 on an individual who died in 1989.

So, the question is how are individuals who are deceased receiving Medicaid services? There are many reasons why this occurs.

One is fraud on the part of the individual using a deceased’s identity in order to obtain benefits – identity theft. As we all know, there is some question circulating about the Social Security number being used by our current occupant of the Oval Office.

Another, is the way the state Medicaid agency payment system reimburses for services. For example, if they have a system that pays providers for the number of individuals the state assigns those providers to provide services, such as a managed care primary physician assignment, the systems pays a set rate per individual under that provider’s care per month. Therefore, providers may receive reimbursement for those individuals who are deceased before the Medicaid beneficiary system is updated to indicate the enrollee has died. Also, the provider receiving payment under this type of reimbursement may not know the individual has died or the provider is aware of the individual’s death, continues to receive payment but does not verify through their summary if payment was made for a deceased individual.

Another flaw is the communication between agencies. As someone once said, “garbage in, garbage out.” The system is only as reliable as the information being input. Medicaid agencies do not always receive death information from Social Security Administration, who is charged with determining Medicaid eligibility in some cases and maintains death records on all individuals. Families also may not report to the agency when a Medicaid beneficiary dies. Add to this mix, that other agencies responsible for determining continued eligibility do not report timely, if at all, when a beneficiary dies. If the system is not updated with the date of death for the Medicaid enrollee, the enrollee is considered still active as a beneficiary.

Then, there is always provider fraud – providers bill for services for individuals they know have deceased, but realize the system has not been updated to reflect the beneficiary’s death.

And of course, there is fraud that comes from individuals who work within the Medicaid agency or those agencies who have relationships with Medicaid in determining eligibility. These individuals will work with providers, in some cases, to receive erroneous payments.

What we see from these continued reports is various flaws in a government run insurance system that lead to fraud and abuse causing erroneous payments through various mechanisms. These over-payments or fraudulent payments are difficult to recover and cost countless man hours and system hours. In some cases, the money is never recovered. It amounts to setting thousands of dollars on fire and watching it burn.

States use numerous methods to uncover fraud and abuse resulting in over-payments through state audits, a program integrity division, program specialist monitoring of activities and back end internal audits, but these methods uncover the problems after the fact. In many cases, 100% recovery of the funds paid in erroneous payments does not occur, but the agency is able to recoup some percentage of those over-payments.

With Obamacare, Medicaid expansion in some states will see an increase in these erroneous payments as more individuals will be determined to be eligible for this program making an increase in fraud and abuse more prevalent.

States need to be more proactive on the front end of prevention and cooperation between federal and state reporting agencies on deaths with the Medicaid agencies can help curb payments for services rendered to deceased individuals.

Better yet, all governments, state and federal, need to stay out of the health care insurance business.