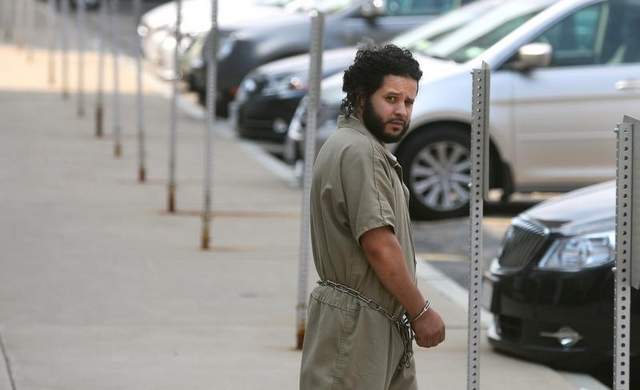 A New York business owner from Yemen plotted vengeance attacks against members of the U.S. military for American actions overseas and Shiite Muslims over the civil war in Syria, according to federal authorities.

Federal authorities said in court papers that Mufid Elfgeeh, 30, of Rochester, bought two handguns and two silencers as part of a plan to kill members of the U.S. armed forces returning from war, as well as Shiites in the Rochester area.

Elfgeeh was arrested Saturday and faces two counts of receiving and possessing an unregistered firearm silencer. No plea was entered during a court appearance Monday.

Elfgeeh, a naturalized U.S. citizen who operates Halal Mojo and Food Mart in Rochester, paid the informant $1,050 in the transaction completed Saturday afternoon and was immediately arrested for possession of the silencers not registered in his name.

U.S. Attorney William Hochul said Monday that Elfgeeh faces 10 years in prison for each silencer and the possibility of a $250,000 fine.

According to an FBI affidavit, a government informant taped a December conversation with Elfgeeh in which he stated: “I’m thinking about doing something here to be honest with you. I’m thinking about just go buy a big automatic gun from off the street or something and a lot of bullets and just put on a vest or whatever and just go around and start shooting.”

Authorities said Elfgeeh changed his plans in March to killing returning soldiers, and he said in a taped conversation with an informant that he planned to act alone: “It could be right now in the daytime, and I could be … like this guy here or something … I could just go back and wait for him to when he leave to go to his garage, and just walk up slowly, boom, boom, boom, inside his garage.”

When an informant asked him whether he was going to release a video message of his attacks, Elfgeeh responded, “Once we do five or ten already, 15, something like that … then we gonna say something,” according to the affidavit.

Even though Elfgeeh used the word “we,” most of his comments indicated he intended to act alone and not immediately.

The FBI said it had been investigating Elfgeeh since early last year.

In an appearance Monday before a federal magistrate, Elfgeeh was appointed lawyers from the Federal Public Defender’s Office and was sent to Monroe County Jail.

A bail hearing has been scheduled for June 16.

Cori Bush Says She Gets Private Security To Protect Her, So Everyone Else Should ‘Suck It Up’ And ‘Defund The Police’
August 5th, 2021 The Political Cowboy