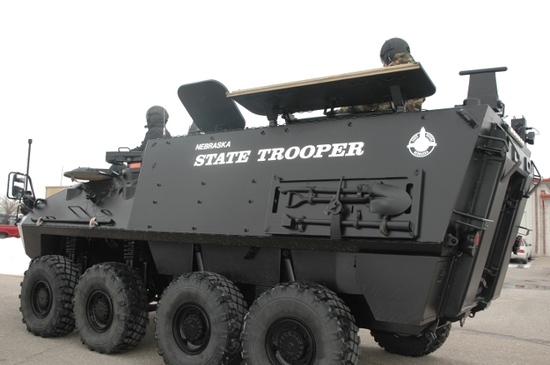 Everyone these days is talking about the United States of America “becoming a police state,” but it’s already happened. In this new era of  supposed “tolerance and understanding,” an individual can now be either fined, jailed or publicly ostracized  for pursuing their right to free speech, or even their private thoughts, or personal beliefs. If you make a stupid movie that “offends” someone in a country 5000 miles away (or a certain religion, not Christianity though), you can be thrown in jail and never heard from again. If you have a telephone conversation where you express your private beliefs about race, you can be publicly vilified, fined (not by a civil authority), banned from attending a basketball game and even FORCED to sell your private property. All this can be and has already been done without even involving the local civil authorities. Just rat somebody out that you don’t like and sit back and watch the fireworks.

We have all been watching as several federal agencies have recently solicited for millions of rounds of ammunition and automatic weapons. Just a few short weeks ago, on the Bundy ranch we saw the Bureau of Land Management assault Mr. Bundy and his property (his cattle) with several assault weapons, sniper rifles, body armor and other military style gear. We have also learned that other federal agencies, like the USDA have recently made applications for sub-machine guns. The IRS has also petitioned for automatic weapons and ammunition. Now in the past, we have seen only a small number of federal agencies allowed to possess and carry firearms.

Other agencies have been created and they are also allowed to carry and possess firearms.

Now within the last six years (under President Barack Hussein Obama Jr.) agencies that have been recently armed are:

Here is the statute from the IRS Service manual regarding firearms:

You’ll notice that this regulation only says,”implied” authority, but not statutory or written authority authorized by the Constitution or Congress…big difference there folks! In other words, if an IRS agent goes out to make an arrest they should be accompanied by U.S. Marshall’s and those bean counting IRS agents should NOT be packing pistols, body armor or assault rifles.

But what about the BLM, the EPA and the USDA? Why do they need sub-machine guns and hollow-point ammunition for? Well, we saw recently in Nevada that BLM “agents” used assault weapons to kill cows. Living on a farm in my youth, I learned that a .22 cal round right in the middle of the forehead can drop a cow. So using other heavier weapons to kill Mr. Bundy’s cows, or running them to death using helicopters was, shall we say….excessive? And why did the BLM agents need body armor? Or Armored vehicles? I wasn’t there but, those cows must have put up one helluva fight to necessitate all of that firepower!

And all the while, public servants like Senator Dianne Feinstein want to completely take away our God given 2nd Amendment right to bear arms.

I am not given to conspiracy theories, but there seems to have been more mass shootings that have happened just since Obama became president, than even during the last two presidents. And all the while during the last six years we have seen federal agencies that should not have weapons of any kind, now have become armed with everything from assault rifles to heavily armored vehicles. It would make complete sense if one was attempting to create a police state, first disarm the civilian population through crushing legislation and regulations and during that same time, proceed to arm as many different government agencies that were not previously armed before, using “false flag” operations to create public outrage against privately owned weapons and the immediate need to control them, or even outlaw private weapon ownership completely with an executive order.

What lies in store for us in the near future, if the EPA catches you polluting dear mother earth, or contributing to global warming, will they whip-out their sub-machine guns and blow you away for that? Why on earth would the USDA or the EPA need to be armed at all? What’s really funny, is the fact that so-called “liberals” are leading the charge to curtail as much of our personal freedoms as possible by “Big- government” intervention.

I’d say that the “police state” we’ve all feared, but never thought would happen in America, is already here!

Richard Anthony is a US Army veteran who served from 1975 to 1980. He was stationed in Frankfurt West Germany from 1976 to 1978 with the 3rd Armored Divisions 143rd Signal Battalion as a Tactical Telecommunications Center Specialist and was also with the 1st Cavalry Division 1st/12th Cav as a Combat Medic until discharge in 1980. He has been married for 20 years and has 3 sons. He’s also a very involved Tea Party activist. Be sure to follow Richard on Facebook