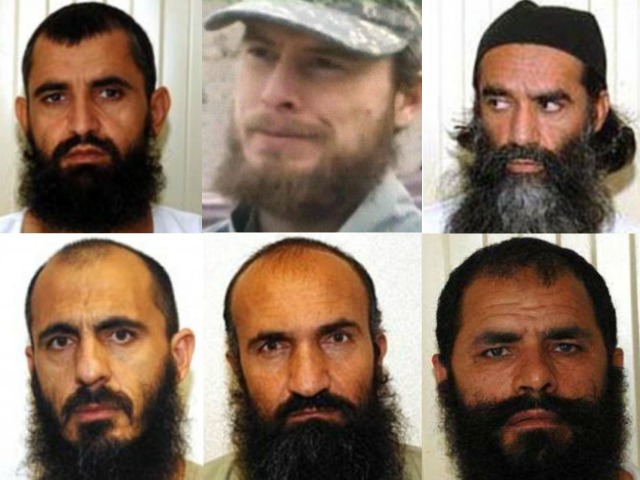 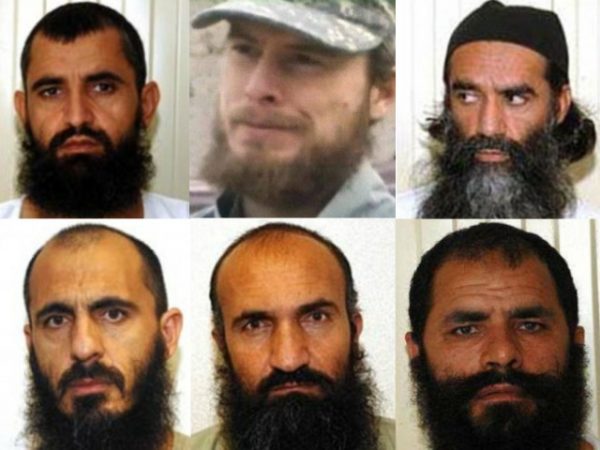 Yesterday in Poland, Barack Obama offered some tough words for those who those who criticized his release of five Taliban leaders who were exchanged for American deserter Bowe Bergdahl:

Speaking in Poland yesterday (June 3), Obama said “the release of the Taliban who were being held in Guantanamo was conditioned on the Qataris keeping eyes on them and creating a structure in which we can monitor their activities. We will be keeping eyes on them.”

Well, OK maybe that is as “tough” as they get for a president who habitually bows to Islam.

As Obama was vowing to cast Big Brother’s reign of influence to the far reaches of Qatar, there was a different story coming from Reuters via Yahoo! News:

Qatar has moved five Afghan Taliban prisoners freed in exchange for a U.S. soldier to a residential compound and will let them move freely in the country, a senior Gulf official said on Tuesday, a step likely to be scrutinized by Washington.

U.S. officials have referred to the release of the Islamist militants as a transfer and said they would be subject to certain restrictions in Qatar. One of the officials said that would include a minimum one-year ban on them traveling outside of Qatar as well as monitoring of their activities.

“All five men received medical checks and they now live with their families in an accommodation facility in Doha,” the Gulf source, who declined to be identified, told Reuters. “They can move around freely within the country.”

This story is getting worse every day.

Qatar is one of the last places these terrorists should have been sent. William Michael wrote an interesting piece last month that I consider a must read. The article dealt mainly with tying Qatar to Boko Haram but I want to take an excerpt from that article because it gives a solid explanation of how Qatar fits into the grand scheme of worldwide Islamic terrorism. The truth is that Qatar ties into almost all of these terrorist groups.

Qatar, the little known country on the Arabian peninsula with the “worst” counterterrorism reputation in the region (worse, ahem, than Iran), who also hosts two of the largest American bases in the entire world, Al Udeid and As Saliyah, and who had 9/11 mastermind Khalid Sheikh Mohammed on payroll, once again appears to be at the center of a scandal.  This time, research proves that Boko Haram was founded with the support of the Qatari royal family through a Mauritanian proxy.  Not only that, but Qatar was a strong supporter of the Libyan rebels, not only as an advocate through Al Jazeera, but going so far as to participate in military operations.  Qatari fighter jets bombed Gaddafi targets, and Qatari special forces reportedly provided basic infantry training to rebel fighters.

There are several aspects that connect the Qataris to the Boko Haram and their allied Islamist insurgencies.  Members of the Qatari royal family, the al Thanis, were reported to be among the early supporters of Boko Haram.  The former president of Mauritania, Maaouya Sidi Ahmed Ould Taya, a Sunni Muslim, currently resides in the capital of Qatar, Doha.  Taya has been linked to Boko Haram (providing “lots of funds”), which was founded in 2002 as, one report puts it, a “money making venture.”  Taya now teaches at a Ahmed bin Mohammed Military School in Qatar.

Drugs are nothing new for the Muslim Brotherhood Qataris.  It has already been reported that they are in a strategic venture with the Pakistani National Logistics Cell, who serve as heroin transporters for the Taliban (and couriers for NATO in Afghanistan).  But why stop with opium?  Cocaine is at least as profitable, and it’s a whole different market.  Diversification is a basic business principle, and the Qataris, who operate a huge sovereign wealth fund (Qatar Investment Authority), understand this concept well.

If Qatar considered these men to be dangerous then they certainly would not be roaming about the country. It’s common sense.

Qatar is like a safe haven for terrorists. If the Obama Administration really cared about these men being watched it would have sent them to a non-Islamic country. That’s a fact. But these men were sent to a country that is not much different than Saudi Arabia.

Like the Saudis, Qatar is not known for producing terrorists so much as for funding them.

I wonder how large those “medical checks” were.