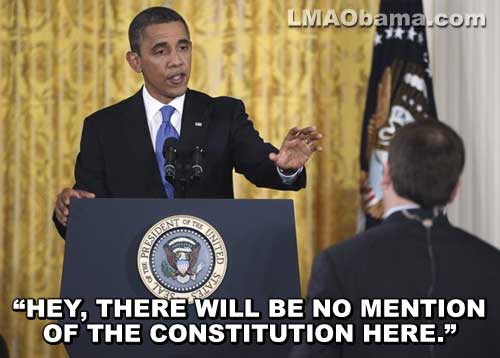 From the moment you leave your home in the morning till the time you return home at night, you are under constant surveillance. And once you return home, your computer, television and smart meter is gathering information on you. Have most of you even considered how far this is going to go? Have you contemplated the future implications of the total loss of freedom, privacy and safety in America?

No, this is not your typical “The NSA is spying on me from space and reading my every email”. We already know that is happening, however, most of choose to ignore these unwarranted and illegal intrusions into our daily lives by telling ourselves that it is OK because “I have nothing to hide”.

What most of us remain in denial about is the fact that by living under the Police State Surveillance Grid, we are allowing unelected bureaucrats working for the elite, to gain the ability to reach into every area of our lives. And with regard to the lives of our children, they have grown up in a time in history when they think this is normal (and legal).

In this article, I have selected few small examples of topical news items which became public on the same day which are representative of how far the average American has slipped into the abyss of total enslavement.

Your Child At School

The unconstitutional  U.S. Department of Education has called safeguarding children’s privacy a priority, according to Secretary Arne Duncan as noted in a recent video chat. To put it bluntly, Secretary Duncan is not telling the truth.

In my experiences as an educator, I came to respect and fear the law we all refer to as Family Educational Rights and Privacy Act (FERPA) which tells educators and administrators that any unwarranted disclosure of student information is a federal offense and one can lose their job for any violations. What most educators do not know is the fact that FERPA gives school districts the right to share student information with private companies “to further educational goals”. This is opening up a can of worms.

Furthering educational goals means that a database profile has been constructed by educational vendors and this information will follow each student through their entire educational career and beyond. The Department of Education has total access to your child’s records. Do they share this information with the NSA? Will the gathered information be made available to prospective employers? Nobody is asking and answering these questions. One thing we can be sure of is that our children’s educational information will be entered into the ongoing web of information being gathered on every individual for the purpose of constructing a set of matrices which are designed to predict future behavior. When one carries this practice out to the extreme, it could form a basis to classify people. Future classifications need not be racial as it was in Nazi Germany (e.g. Jews, Gypsies, etc.), it could simply divide people into two camps, compliant to the state or not compliant to the state. If one thinks this last conclusion is nonsense, then please enlighten the rest of us as to why anyone would need to. or be allowed to data-mine our children.

Before you think the claim that your child’s evolving personal matrix of information would never be used against them at some future date, we should first consider what Politico has uncovered with regard to the loss of student privacy.

In a new investigative series, Politico is claiming the technology is so advanced in the classroom that an outside observer will know when your child takes a quiz, plays a game, turns the page on a text and will know every word the child writes. Politico has concluded that these behaviors indicate that our children are being data-mined. The video on the on Politico page is enlightening and troubling.

Personality Profiling By the Secret Service

The Secret Service is purchasing software in order to spy on social media participants  in real time. In a recent Secret Service work order, the agency claims they will have access to an informational tool that is capable of collecting emotions of Internet users, old Twitter messages, and possess capabilities to engage in the ability to detect sarcasm. This automated technology will “synthesize large sets of social media data” and “identify statistical pattern analysis” among other objectives, officials said.

Why does the government care about personal sarcasm in social media? The short answer is that they don’t. It does not take a rocket scientist to conclude that this technology has a broad spectrum capability and the appropriately named Secret Service has the capacity to detect much more than personal sarcasm. This looks like a beta test for monitoring social media for various trends like, perhaps, anti-government sentiment, harboring excessive thoughts about free speech, gun rights and the Constitution as well as other “inappropriate” attitudes. I apologize, but after reading about this new capability, the words “Red List” and “Blue List” come to mind. My paranoia gets a boost of realism when we consider this development within the context of surrounding behavior such as what we witnessed a few years ago at the Department of Homeland Security (DHS) when employees were required to report behaviors and attitudes of coworkers which might not be reflective DHS values and mission goals.

An unidentified teacher has implemented a behavioral modification system at Mill Plain Elementary in Vancouver, WA that gave students fake money to spend at a class auction at the end of the year. Bathroom breaks were added to the system as a way to cut back on disruptions during class. Someone forgot to tell these educators that eight and nine year old children have a tendency to take rules very literally.

Merchon Ortega told Fox News that her daughter had an accident after a teacher denied her a bathroom break. Ortega told the Fox reporter that her daughter chose to not to use the restroom and ended up urinating on herself. School officials deny any wrongdoing despite the fact that two more parents have filed complaints. I wonder what effect that urinating on oneself has on the motivation to learn the three R’s?

Does this authoritarian based insanity really need any further elaboration?

Removing the Right to Self-Defense

President Obama has never publicly stated that he intends on confiscating all guns from American citizens. However, actions do speak louder than words. A recent Department of Justice (DOJ) memo reveals that Obama is considering implementing measures which would result in national gun ban.

The DOJ document states that “a gun ban will not work without mandatory gun confiscation.” It also says universal background checks “won’t work without requiring national gun registration.” Subsequently, the document went on to state that “Background checks could provide a first step to control, and eventually outlaw firearms”.

Is it really necessary to remind all of you about the historical precedent related to the extreme dangers of the consequences to gun confiscation? The University of Hawaii actually teaches a class on this topic. Mao, Stalin, Hitler, et al., all confiscated guns before murdering a collective 260 million people in the 20th century.

The Obama Administration Asserts the Right to Murder Americans

A Defense Apartment document , entitled Defense Support of Civil Authorities (Directive 3025.18), emanating from the Obama Administration justifies the President’s authority for attacks on American citizens. Interestingly, this story was originally run by the Washington Times at this link http://m.washingtontimes.com/news/2014/may/28/inside-the-ring-directive-outlines-/.  This story has been scrubbed from the Washington Times website in a very interesting application of damage control.

This is the smoking gun which proves what many have been saying for years, the President is asserting the authority to murder American citizens without following the due process of law.

Obama’s supporters may assert that this action may be necessary to quell large riots and demonstrations. However, these are not the only conditions under which this authority could be used by the President.

It gives the President the power to order military forces to quell “large-scale, unexpected civil disturbances.” The directive also extends the same authority to kill mass numbers of Americans to military commanders when “authorization by the president is impossible and duly constituted local authorities are unable to control the situation.” In other words, our military has been granted the authority to be judge, jury and executioner. The directive further states, “Federal action, including the use of federal military forces, is authorized when necessary to protect the federal property or functions.”

If one ever wondered why local police have been provided military grade weapons by DHS, this document justifies the practice. This document also provides for the ability to deploy the military in cases of a flu outbreak. I think that even the most ardent Obama supporter would have a difficult time justifying this action.

These are news items which appeared in the media on one day. These stories represent a miniscule cross-section of how the trampling of our Constitutional rights have impacted our daily lives. Our privacy, freedom, safety and even our right to self-defense have been removed by this administration.

Five years ago you would often hear the phrase “Out Constitution is on life support”. The patient has died and we now exist at the whim of the state.