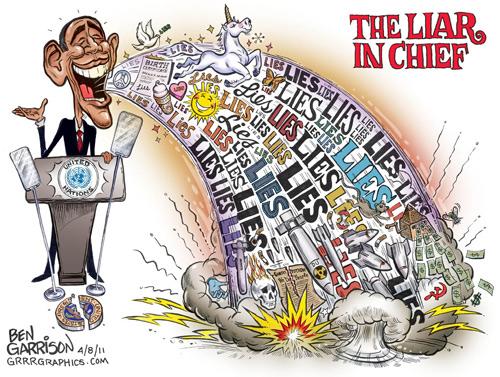 The AP has reported that the White House has apologized for not giving key lawmakers advance notice of the controversial Bowe Bergdahl prisoner swap:

Sens. Dianne Feinstein of California and Saxby Chambliss of Georgia, the top Democrat and Republican respectively on the Senate Select committee on Intelligence, said White House officials called them Monday to say the lack of notification had been an oversight. Feinstein said she received a call from Deputy National Security Adviser Tony Blinken.

The White House damage control comes as Republican lawmakers accused the White House of putting U.S. service men and women at risk by releasing the five top Taliban members being held in Guantanamo in exchange for Bergdahl.

How is that possible, when Obama himself signed the 30 day advance notice into law last year?

The administration is required to give Congress 30 days advance notice of any plans to release a prisoner from the Guantanamo Bay detention camp in Cuba, per section 1033 of the 2014 National Defense Authorization Act — signed into law by Obama in 2013.

Oh, that’s right – King Obama can do whatever he damn well pleases. Remember, back in February he told French President Francois Hollande so on their Monticello visit:

“That’s the good thing as a President, I can do whatever I want.”

Heck, even Feinstein is upset over this one.

Feinstein also said leaders of the House and Senate Intelligence panels were almost unanimously against a prisoner trade when it came up in 2011.

She said the chairmen and ranking Republicans of the “connected committees” spent a lot of time in 2011 reviewing the possibility of a prisoner swap and came out firmly opposed to releasing senior militants from the prison camp at Guantanamo Bay.

“There were very strong views and they were virtually unanimous against the trade,” she said.

Feinstein echoed the sentiments of many Americans when she expressed concern about Bergdahl:

“I certainly want to know more about whether this man was a deserter.”

When asked if the White House might have avoided notifying Congress about the impending swap for fear of opposition, Feinstein said that was a possible reason:

“Yeah, it could be. But the White House is pretty unilateral about what they want to do when they want to do it. I think the notification to us is important and I think it would have been a much better thing to do because you do try to work together.”

More damning evidence that the “oversight” was anything but comes from House Speaker John Boehner. In a statement, he said that serious questions about the possibility of a prisoner exchange were raised in talks with Congress in 2011 and 2012. CNN reports:

“Unfortunately, the questions and concerns we had were never satisfactorily answered and they remain today,” he said.

Boehner said the administration “provided assurances” in late 2011, early 2012 and again in 2013 that talks with Congress over an exchange would resume if the possibility became credible again.

“There was every expectation that the administration would re-engage with Congress, as it did before, and the only reason it did not is because the administration knew it faced serious and sober bipartisan concern and opposition,” he argued.

It is disturbing that Obama has decided to break a law that he signed and claim that it was an oversight – and that he expects anyone to believe or accept any of it.

You can bet that citizens who break a law will be held accountable – apologies will NOT be accepted. In fact, under the very law that Obama broke – the NDAA – American citizens can be indefinitely detained without being charged with or tried for a crime.

Will anything happen to Obama for this act of treason?

Probably not, but some experts say calling for his impeachment is justified:

In case you missed it, Judge Napolitano pointed out that Obama may also be guilty of helping terrorists, because the five Guantanamo prisoners released may return to terror:

“That’s why I say the president may well have committed a federal crime,” said Napolitano, “by giving material assistance to a terrorist organization. He knows — ought to have known — that that’s what these guys will do.”

“The president should be impeached for this,” he said. “In my view, it’s a very, very valid argument that people are going to start talking about.”

And this administration continues its rogue, lawless reign over America. It is bad enough that Obama has stomped all over the Constitution. Now he’s released prisoners who are likely a threat to this country.

How much more damage will be done before the  president’s term is over?

I shudder to think of it.