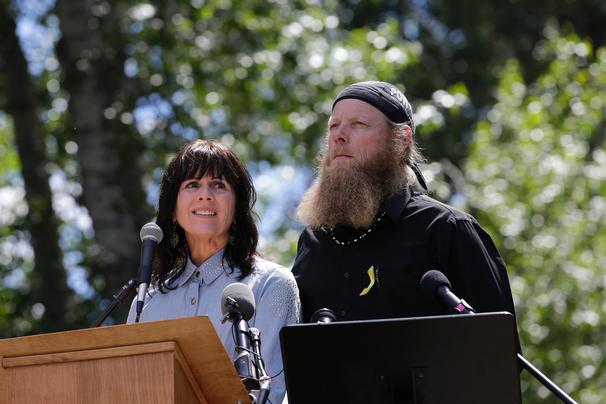 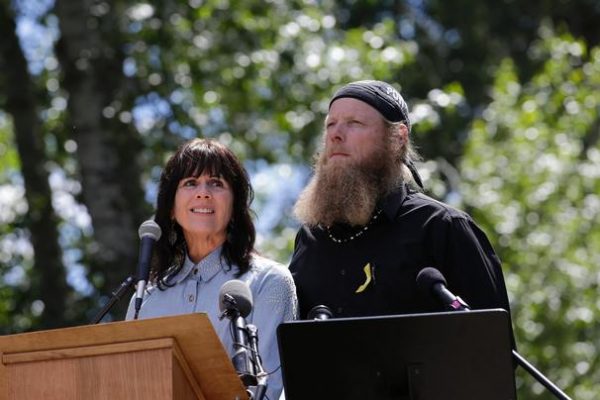 My family and I formerly attended an Orthodox Presbyterian Church plant in North Carolina. On one occasion, Pastor Phil Proctor, who is was also a missionary to Uganda, preached at our assembly. Today, I was passed along information from a fellow contributor and attender of the church I referenced. According to Proctor, the Bergdahl’s are Christians not Muslims. So how does he reconcile the statements made by Robert Bergdahl the other day? Here’s the contents of a response issued to a gentleman who had a lot of people asking if the Bergdahl’s had become Muslim.

“I appreciate your asking about the Bergdahls. I’ve really been saddened about how the Christian community is jumping all over this. Here’s the deal…

I pastored the Bergdahl family in 2003, prior to going to Uganda. We were very close, and remained so throughout my time in Uganda (I just found out this evening that apparently I’m referenced in some important Rolling Stone article from 2012).

Bowe was a young man with all the dangers of home-schooling – a brilliant and inquisitive mind, a crisp thinker, and someone who had never really been exposed to evil in the world. He was wanting to determine whether the Christian faith was his own, or his parents’ and was doing a lot of exploring of ideas – never drugs or alcohol, but trying to be an outdoors/Renaissance type figure. We’ve stayed in close contact with Bob and Jani, especially since Bowe’s capture. Since we moved here to Northern Virginia, Bob and Jani have stayed in our home on a couple of occasions, and I’ve spoken on the phone with Bob once a month or so.

Bob felt (with some justification) that the US government was not going to engage with diplomatic efforts and so decided to try to free his son himself. He learned Pashtun and developed a lot of contacts in the Middle East. The Qatar connection is one that either originated with Bob or, at the very least, became very personally connected to Bob. Bob has, for quite some time, been saying that the closure of Guantanamo is integrally connected to the release of his son.

Whatever one thinks of Bob’s political views, I can attest to both he and Jani’s unwavering commitment to Christ and trust in him. I’ve prayed with both of them regularly. They both have been through a torture mill that I cannot begin to comprehend – 5 years of a living death. It has affected their health, both physically and mentally, as Bob has been completely obsessed with tracking down any possible communication avenue to get his son home. There are a number of things I would disagree with Bob on in terms of political statements, but at the end of the day, I think this whole mess is a WHOLE lot more complicated than a 30 second sound bite can explore – the very existence of Gitmo attests to the complicated nature from the very beginning, and it’s only gotten worse over the years.

To the foundational issue: Bob and Jani both have regularly confessed their dependence upon Christ and rest in him – the most recent being Bob’s conversation with me about a month ago. They are broken people who need prayer, love, and compassion. I personally intend to run as hard as I can in the opposite direction of judging his words in the moment of his crucible – I would HATE to have that standard applied to my moments of stress, which have never reached anything approaching his intensity and duration!

Feel free to forward this and use it as widely as you like.

FYI. My most recent conversation with Bob and Jani was 30 minutes ago. Still Christians.”

This was posted on Tuesday evening.

However, this doesn’t address the issue of why Bowe’s father would use Arabic dialect to speak out the way he did at the announcement of his son’s release. Of course, Theodore Shoebat would disagree with declaration that Mr. Bergdahl gave alongside Barack Obama.

What American, let alone a Christian, in their right mind would utter praise to Allah in Arabic on the national stage? While the sermon that I heard from Pastor Proctor was nothing like a Jeremiah Wright sermon, and I don’t have a reason to question Proctor on the matter, I do question the use of the Arabic phrase extolling Islam’s god, Allah. Others have questioned the phrase used as well, which, I confess, does give me pause to consider taqiyya.

Independent Journal Review’s Kyle Becker speculates, “There may be an unknown explanation for why Robert Bergdahl might say this at the press conference. It may have been another ‘condition’ of his son’s release; yet, we can’t know that because Obama made the deal unilaterally and illegally, since he did not consult Congress.”

Clare Lopez, a former CIA operations officer and senior fellow at the Center for Security Policy, claimed in a controversial post that Robert Bergdahl “sanctified the WH and claimed it for Islam” by saying the phrase at the press conference.

Think Progress’ Ben Armbruster in a June 3 post, mocked those who are reading into the popular Islamic wording.

“We should note that, if Lopez’s analysis were right, the White House was likely already ‘claimed’ for Islam long ago — in December 1805, at an Iftar dinner hosted by President Thomas Jefferson,” he writes.

However, the real issue here is with Sgt. Bergdahl, not his father. So far, the claims of soldiers that served alongside Bowe indicate that he deliberately deserted his unit, ultimately causing the deaths of at least 14 men. He is also accused of being a traitor by seeking out the Taliban and giving them aid. Then there is that little issue of the jihadists that have been released back out into the open. My guess is that we will discover that many of them will be right back on advancing jihad throughout the world, as many who have left Guantanamo have done in the past.

UPDATE: As a result of Pastor Proctor’s letter getting a much larger reading than he knew would take place, I made contact with him to inform him that the homeschool movement took serious issue with the reference to the “dangers of homseschooling.” Mr. Proctor was gracious in saying that he wrote the letter, not thinking of it being understood in the way that would portray homeschooling in a bad light, but as I assumed, that there are dangers in any education system. After all, Mr. Proctor and his wife have reared four children and they have all been educated at home.

According to Proctor, “In any scenario, there are challenges, one of which is that a home school kid can look at the world, and because they have been protected by their parents, by their family, they don’t recognize that there is pure evil in the world.”

“All of that may have played into what happened with Bowe,” he told Freedom Outpost. “I’m not saying it did, and regardless, he is responsible for his actions, be they naive or intentionally criminal.”

He told us that Bowe had grown up in the mountains of Idaho and that he probably never really encountered real evil and was probably naive enough to think he could reason with evil, though he told us that was simply his own speculation. In his efforts, he was simply attempting to think the best of someone whom he had pastored.

After informing him of how members of the home school community were reading what he said, I asked if he would choose to retract that line in his letter, and he said that he would because he never meant it as something to harm the homeschool movement, since he has been one who has participated in it. He understood how some might read that and then tie it to Islamic conversion, treason and other things.

He did agree that Robert Burgdahl’s statements in Arabic should not have been made, but stood by the claim that as far as he knows the Burgdahls are Christian, though he did indicate that the church they attended dissolved in September of 2013 and that they were given letters by the church that they were in good standing. He did not indicate whether or not they were attending a church at this time.