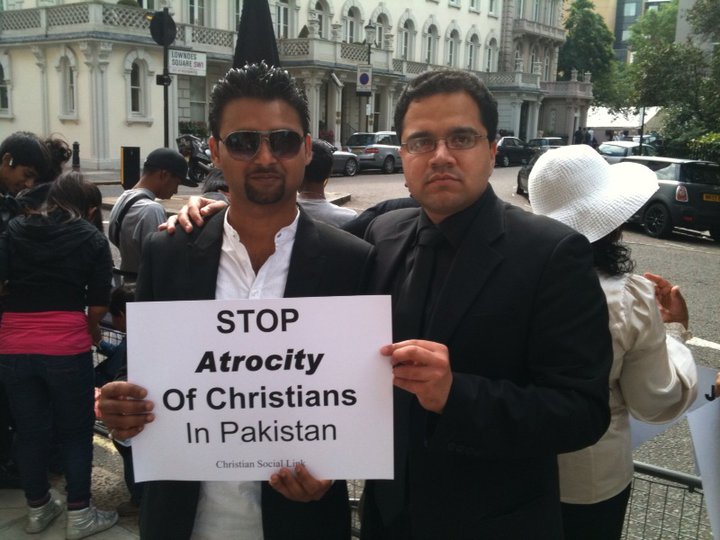 Editor’s note: The following account was written for RaymondIbrahim.com by an American teacher in the Muslim world.

During my recent trip to Thailand, I attended service in a Church where many members of its congregation are Pakistani Christians who have fled religious persecution in their home country. After the service, I was introduced to a young Pakistani woman, Sarah, and her husband, Samuel, who were forced to flee Pakistan because Sarah was an apostate. Since my wife is also a Muslim apostate, I was interested in their story and invited them to my home to hear her account.

The tragic events that affected Sarah’s life began in the mid-1980s with her mother Rebecca, the daughter of a Christian pastor in the Pakistani province of Punjab. In her late teens, Rebecca was kidnapped by Mohamed, a man with whom she was acquainted. Her father, who suspected Mohamed of being the culprit in his daughter’s disappearance, tried for years to get the police involved, but they refused to intervene because Rebecca’s family was Christian and so of little account.

Locked and never allowed to set foot outside of her prison, Rebecca was forced to marry Mohamed and convert to Islam. As the years passed, she was verbally abused by her in-laws and beaten by her husband in the presence of their children. When Sarah was 15 years old, she asked her mother why her father and his family were abusive towards her. Rebecca revealed to her daughter her Christian past and abduction by Mohamed’s family.

These revelations sparked an interest in Christianity for Sarah, and by the time she was 19 years old, she was secretly studying the Bible with Christians. When her father found out about Sarah’s interest in Christianity, he forbade her to leave the family house and decided to marry her to Omar, her 35 year old cousin. Sarah dreaded the idea of spending the rest of her life with that man, so two days before the wedding, she fled to the safety of a Christian organization. When word came out that her father was on his way to kill her, Sarah was hidden and Mohamed’s angry mob was told that she had already fled the premises.

Through the Christian organization, Sarah was reunited with her Christian family who had long ago abandoned all hope of retrieving their daughter. Sadly, her grandparents were now old and sick and were being cared for by their two unmarried daughters. For two years, Sarah lived with relatives in different cities as she was trying to keep her Muslim family from finding her. It is during this time that Sarah converted to Christianity (shortly after her twentieth birthday) and lost both of her grandparents (due to illness).

One day, as she returned to her hometown to visit friends, she forgot to veil her face and was recognized by her cousin Omar near the bus station. Seeing that she wasn’t veiled, he shouted, “Christian bitch” and slapped her to the ground. Then, he dragged her by the hair to his home. Hearing her screams, a few men intervened by asking Omar what he was doing. He answered that she was his wife and continued his way without further interruptions.

In Omar’s home, Sarah was repeatedly beaten and raped. When she was not being physically abused, her naked body was tied to a wall. Omar also starved her and one day, when she asked for water, he forced his urine down her throat.

After a month of captivity, Omar cut her long dark hair, threw her in front of a mirror, and said before leaving the room,

“Look, you have lost your beauty!”

Seeing the reflection of her bruised naked body and face, she lost all self-respect and willingness to live. Her sobs turned into screams as she broke the mirror, picked up a shard of it, and tried to kill herself by cutting her wrist. Upon hearing the commotion, Omar returned, punched Sarah to the ground, and tied her up again. Then, he dressed her, placed her on a mattress, and called a doctor.

After examining Sarah, the doctor told Omar that if she doesn’t get to a hospital soon, she will die. Shortly after the doctor left, Omar was also gone. Partly dressed, Sarah saw an opportunity to flee. She grabbed another shard of the shattered mirror, cut herself free, and fled. In the street, a tuk tuk driver took pity and drove her to Samuel’s house, a family friend (by this time, her aunts that cared for her grandparents had fled to Thailand). When they saw her, Samuel’s family immediately took her to a private clinic where she was treated for the abuse she endured in the past month.

Shortly after recovering from her injuries, Sarah married Samuel. Sadly, the young couple was forced to flee when Sarah’s father heard of her whereabouts, apostasy, and marriage to an infidel. For four years, they fled from city to city with her Muslim family not far behind them. One day, Samuel was caught and beaten within an inch of his life. Shortly after that incident, Sarah gave birth to a young boy whom they baptized John.

Fearing for John’s life as well as their own, Sarah and Samuel decided to leave Pakistan. Six months later, on December 26, 2013, with their savings and the financial help of relatives and Christian organizations, they arrived in Thailand.

While she is happy that her family is now safe and that her two aunts who are presently living in Europe will eventually join her, tears trickle down her eyes as she remembers her loving mother whom she hasn’t seen or heard from in seven years. Holding little John in her arms, Sarah knows that she, nor her son, will ever see that loving woman again.

Author’s note: The names of the individuals in this article were changed to protect their relatives who remain in Pakistan. 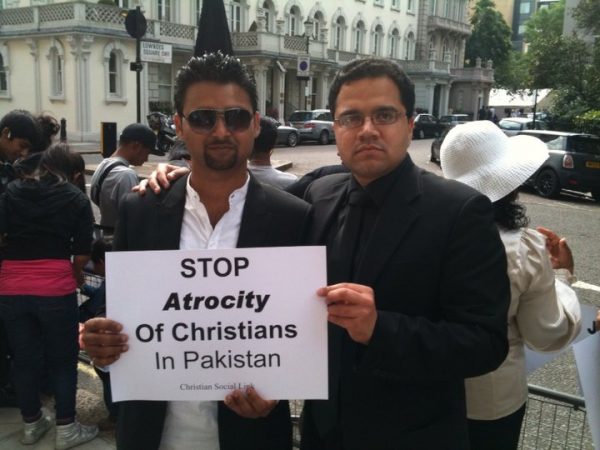