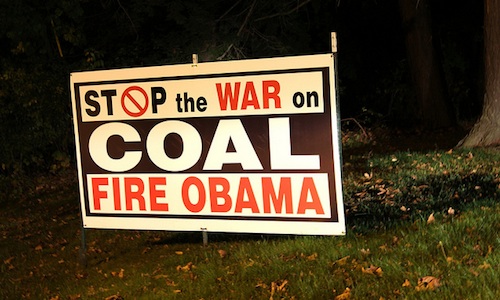 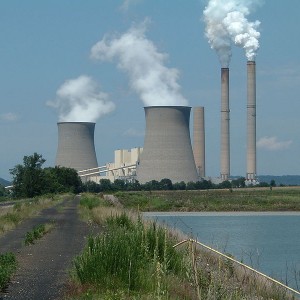 When Barack Obama was running for president in 2008, he stated that under his plan “electricity rates would necessarily skyrocket”.  Well, now it looks like he is finally getting around to keeping his promise.  New EPA rules that are designed to cripple the coal industry could send electricity rates soaring by up to 40 percent in many rural areas.  And even though we have enough coal in the ground to provide hundreds of years of energy at current levels of consumption, Obama’s plan is going to force large numbers of coal plants to completely shut down because they are simply going to become too expensive to operate.  If Americans living in rural communities didn’t care for Obama before, they really are not going to like him much when these new EPA regulations start kicking in.

Most people don’t remember this, but Barack Obama was very clear about what he intended to do to the coal industry even before he was elected the first time.  According to fact-checking site Politifact, Obama did tell the San Francisco Chronicle that “electricity rates would necessarily skyrocket” if he had his way…

It didn’t take us long to find Barack Obama’s original quote, which came from a videotaped interview he did with the San Francisco Chronicle editorial board very early in the presidential campaign, January 2008.

“Under my plan of a cap-and-trade system, electricity rates would necessarily skyrocket,” Obama told the Chronicle . “Coal-powered plants, you know, natural gas, you name it, whatever the plants were, whatever the industry was, they would have to retrofit their operations. That will cost money. They will pass that money on to consumers.”

Fortunately, political expediency and the Republicans in Congress have blocked a lot of what Obama intended to do up until now.

But at this point Obama is a lame duck president that does not have another election to worry about.  So now he can start pushing a lot of things that he may have been hesitant to do so before for political reasons.

Unfortunately, this little pet project of Obama’s is going to end up costing millions of U.S. consumers a lot of money.  In fact, it is being projected that the new EPA rules could raise electricity rates in some rural areas by up to 40 percent…

At least six electric cooperative utilities across the U.S. mid-and-southwest could raise electricity rates up to 40 percent if the Environmental Protection Agency imposes new permitting regulations on coal-fired power plants.

DPEC is made up of six rural electrical cooperatives that serve more than 45,000 customers in Utah, Nevada, Wyoming and Colorado. Rural cooperatives have been heavily opposed to excessive EPA regulations targeting coal plants, which they say raise rates for their customers.

Administrator McCarthy’s draconian proposals are turning out to be even worse than many critics expected. In a May 30 commentary, the Cato Institute’s Dr. Patrick J. Michaels, who is past president of the American Association of State Climatologists and a research professor of Environmental Sciences at the University of Virginia for 30 years, speculated that the new regulations would most likely require a 20-percent reduction in allowable carbon dioxide emissions. “The only way this will be possible,” he said, “will be by upgrading almost all combustion units, and the ultimate cost of the upgrades will make coal noncompetitive with much-less-expensive natural gas–fired facilities.”

But, lo and behold, when McCarthy released the new regulatory proposal it was far worse, mandating a 30-percent reduction in CO2 emissions.

“Climate change, fueled by carbon pollution, supercharges risks to our health, our economy and our way of life,” EPA Administrator Gina McCarthy said, in announcing the Obama administration’s Clean Power Plan. “This plan will clean the air we breathe while helping slow climate change so we can leave a safe and healthy future for our kids.”

But this is not just about cleaner air.

The truth is that this is what Obama always intended – a war on coal.

For example, back in 2008 candidate Obama made the following statement regarding coal…

“So, if somebody wants to build a coal plant, they can — it’s just that it will bankrupt them, because they are going to be charged a huge sum for all that greenhouse gas that’s being emitted.”

And a key environmental adviser to Obama, Professor Daniel Schrag, said the following during an interview with the New York Times…

“Politically, the White House is hesitant to say they’re having a war on coal. On the other hand, a war on coal is exactly what’s needed.”

According to the federal Energy Information Agency (EIA), 45 percent of the country’s annual four trillion kilowatt-hours of electricity are generated from coal. And, says the EIA, we have a Demonstrated Reserve Base of 496 billion short tons of coal, of which 272 billion tons are considered recoverable with current technology. With U.S. usage at 1.1 billion tons per year, we have about 250 years’ supply at the present rate of consumption.

But instead, these new EPA regulations are going to force coal plants to shut down all over the nation, and the rest will be forced to raise rates substantially.

According to a Reuters article from last year, it was being projected that more than 200 coal plants would be shut down in the United States over the next decade.

And now that these new EPA regulations are much harsher than anticipated, it is inevitable that the number of coal plants that will end up closing will be much higher than that.

At a time when the U.S. economy is already struggling, this is something that we do not need.

In the end, thousands of good jobs will be lost and U.S. consumers will be shelling out millions of dollars more for electricity than they otherwise should have thanks to Obama’s war on coal.

Hopefully someone out there will fight these regulations while there is still time to do so.

Michael Snyder is the Editor of The End of the American Dream blog.