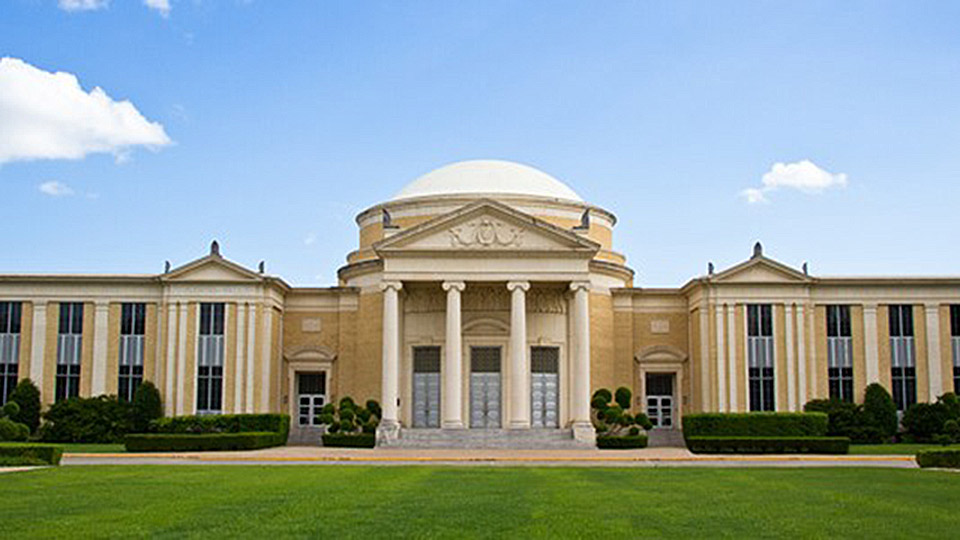 If you are a Southern Baptist and your church is a member of the Southern Baptist Convention (SBC), some of your tithes and offerings may be going to the flagship school of the SBC that just admitted their first Muslim student who is pursuing a doctorate in archaeology. According to an article appearing in the Washington Post by Greg Horton of RNS, Southwestern Baptist Theological Seminary admitted Ghassan Nagagreh, a Palestinian Sunni Muslim, to the Fort Worth, Texas campus. Nagagreh recently completed his first year of studies in archaelogy at the school.

Since 2008, Nagagreh has worked as a volunteer on an archaeological dig in Israel. Nagagreh expressed interest in the school’s doctorate program.

Paige Patterson, president of Southwestern Baptist Theological Seminary, said, “This young man asked about the Ph.D. Program, and I told him we don’t normally admit non-born-again believers to the seminary, but there is no reason we can’t.”

Patterson maintains that about 80 people work on archaeological dig sites (20 of the seminary’s own students and 60 students from secular and religious schools); therefore, it’s not unusual to have varied faiths and school among the students and volunteers. Patterson contends there are both Israelis and Muslims represented.

In defense of his actions, Patterson said he had made exceptions on rare occasions in the past regarding admissions in his 40 year tenure of academic administration. His drive, he claims, is derived from a “desire to see these individuals understand the good news of Jesus Christ.”

“One of these young men from a Muslim background loved our people and asked to study with us. He accepted the necessity of abiding by our moral code of conduct. He is a man of peace, and we agreed to admit him into the archaeology program,” Patterson said of Nagagreh.

According to Patterson, Nagagreh’s progress has been good. In a statement on the school website, Patterson said he was grateful for having close relations that “have been forged with peaceful Muslims and the opportunities to share biblical truths with them.”

Patterson contends there is no compromise of the school’s historic position in admitting an individual of the Muslim faith.

However, this admission has caused a controversy in the SBC.

Wade Burleson, an Enid, OK pastor and former member of the SBC’s International Mission Board, accused Patterson of ordering the admission of Nagagreh in clear violation of the school’s charter in a rather long post on his personal blog site.

Burleson regards this as a matter of principle instead of a matter of faith or anything to do with the individual in question.

According to Burleson, “Not only do we have decisions being made secretly and by presidential fiat, we have not addressed the possible use of cooperative funds being used for the education of a practicing Muslim.”

According to the Washington Post, “Cooperative funds are collected as part of tithes and offerings at SBC churches and are used for various projects, including missions, relief work and seminary subsidies.”

The SBC convention is scheduled for June 10-11 in Baltimore, MD, and attendees may be faced with this issue as Burleson and others seek to have it addressed on the floor.

However, Joel Rainey, executive director of the Mid-Maryland Baptist Association and adjunct professor at Southeastern Baptist Theological Seminary in Wake Forest, NC, believes the floor of the convention is an inappropriate place to address this issue.

Rainey said, “First, we have an odd proclivity for making public arguments into arguments about people and there is a young man whom God created at the center of this discussion. Second, I don’t want our work with Muslims and other faith groups damaged by what might be said in the midst of this debate.”

First of all, practicing Muslims have no place in a Baptist Theological Seminary. If someone who is Muslim comes to know the Lord Jesus Christ as their personal Saviour, then this individual would be a Christian and certainly welcome to participate in receiving education at a Christian theological seminary. This is not the case with Nagagreh. He is a practicing Muslim who has been “admitted” to a Christian institution for education where subsidies from Christians are collected for the cooperative fund used by the seminary.

Secondly, Patterson must show everyone where there is any Muslim that is peaceful. As a practicing Muslim, Nagagreh must follow the Qu’ran and the teachings of Mohammed, which are anything but peaceful if you have ANY knowledge of the Qu’ran and the hadiths. The Islamic teachings are antithetical to the Christian faith as the Qu’ran and Mohammed promote lying (taqiyyah), rape, pedophilia, murder, honor killings, physical abuse of women, torture, enslavement and terrorism, along with a host of other evils. Let’s not forget that practicing Muslims follow fatwas issued by Imams. These fatwas include sodomy, beastiality, necrophilia,
female genital mutilation and genocide of Jews and Christians.

Most of all, Patterson and Rainey are deluded into thinking that Christians can “work with Muslims.” According to Islamic teachings and the Qu’ran, Christians and Jews (the people of the book) are infidels and “the worst of peoples.” Rainey and Patterson need to educate themselves on Islam and learn about Jihad and its stages.

And, if the floor of the SBC convention is not the appropriate place to discuss this issue, Rainey should have made it clear where it was appropriate to discuss it. Congregations of SBC member Baptist churches are having a percentage of their tithes and offerings going to subsidize the seminary. And, individuals who may not be Baptist provide monetary donations to the seminary as well. Doesn’t the seminary have some responsibility to follow its own charter with regard to admissions? Doesn’t the seminary have some fiduciary responsibility to those who support the school to justify educating a non-Christian in archaeology, not theology, using cooperative funds?

Where are the pastors of the Baptist churches and their members in opposing this action? Oh, yes, many have been seduced by the false concept of multiculturalism into accepting Islam as “similar to Christianity.” However, there are some like Wade Burleson who have not subscribed to this philosophy and point back to the school’s own charter in defending his stance.

As someone who has been a Southern Baptist for the majority of my life and someone who attended a school operated by the Southern Baptist Convention, I am appalled the president of the theological seminary would admit someone who does not share the Christian faith. More so, I am appalled the SBC would continue to keep Patterson in his position since his decision was unilateral and violated the school charter when other individuals have been sanctioned because of Facebook posts, divorce and being female, as cited in Burleson’s blog.

It seems Patterson has a difficult time with grace and forgiveness and is rigid with policy concerning Christians while making exceptions in policy for a Muslim. What a shining example for a president of the flagship theological seminary of the SBC.

Southern Baptists, who disagree with this action by the president of the theological seminary, will have to decide how they will deal with handing over their tithes and offerings to the church that will subsidize the school. While the SBC continues to subsidize the seminary, members of my family will not be contributing to our Baptist church that is a member of the SBC. In fact, it might be time to search for a new church – one that is not a member of the SBC, if that’s possible, or a non-Baptist church.