We have been reporting on how the US government is using very nefarious and egregious methods on tracking its own citizens’ financial information, fining them and even instituting the Foreign Account Tax Compliance Act (FATCA) as a form of subterfuge capital controls which is closing off international banking to Americans (as we reported yesterday in Mexico).FinCen, the Financial Crimes Enforcement Network, has, in essence, been making nearly any international transfers of money viewed as a criminal activity.  FATCA has been making it harder and harder for Americans to open international bank accounts.  And FBAR, the Report of Foreign Bank and Financial Accounts, has made it a highly punishable offense for any American with a foreign account worth over $10,000 if they do not file an FBAR each year.The problem with FBAR is that countless Americans with foreign accounts and US expats are completely unaware of its existence.  And, despite the fact that there are literally tens of thousands of rules in the US tax code for things like this, ignorance of its requirement is not excusable.We have stated in the past that FinCen, FATCA and FBAR are all intermingled to essentially put in capital controls on the US populace and, as well, steal most of the money from those with funds abroad. In the past many said that we were being too alarmist and surely the US government would not do something like this.Well, think again, it just happened.  And it was even worse than we thought.CARL ZWERNER JUST GOT FBAR’EDIn a court decision just released a man who ignorantly did not file an FBAR had not only all of his funds seized by the US government but, unbelievably, even more than he had in his account.

Carl Zwerner, an 87-year old Florida man, must pay the US government a 150% penalty on the value of his Swiss bank account, amounting to the biggest penalty by percentage on record, according to his lawyer. Carl Zwerner will pay more than $2 million “for willfully failing to file a US Treasury form called a Report on Foreign Bank and Financial Accounts, or FBAR. Prosecutors and the Internal Revenue Service use FBAR penalties, which sometimes are worse than criminal fines, in order stamp out “offshore tax evasion.”As we’ve discussed in The Dollar Vigilante Blog, individuals have flocked to the IRS amnesty program which purports to allow holders of undeclared offshore accounts avoid prosecution. Over 43,000 Americans have joined the program since 2009, shelling out $6 billion to the US.In Zwerner’s case, the IRS sought to seize 50% of the value of his account compounded over each of four years where he was deemed in non-compliance. With Zwerner’s case a new precedent has been set. “As this jury verdict shows, the cost of not coming forward and fully disclosing a secret offshore bank account to the IRS can be quite high,” Kathryn Keneally, the head of the tax division, said in the statement.“They can get 50 percent for the non-filing of one piece of paper, and 200 percent for the non-filing of four pieces of paper,” Zwerner’s lawyer Martin Press said in a phone interview. “The question is whether such a massive penalty is appropriate for simply a disclosure form which carries no tax.”Zwerner’s Swiss account at ABN Amro Group NV, the Netherlands’ third-biggest bank, was valued at $1.48 million in 2004, when his FBAR penalty was $723,762; the value in 2005 was $1.49 million, when the penalty was $745,209; and the value in 2006 was $1.55 million, and a $772,838 penalty. The total penalties were $2.24 million.Many naysayers said that the US government would not come after the total value of an account deemed in non-compliance.  In a sense they were right … the US government came for nearly double the amount held in the account! 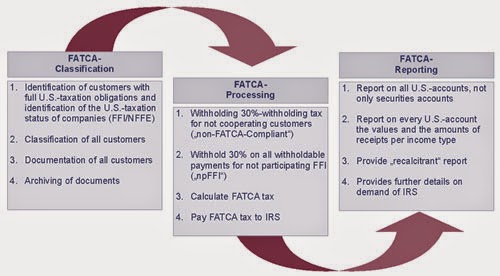 But Zwerner’s isn’t the biggest FBAR penalty in terms of size on record. H. Ty Warner, the billionaire founder of Beanie Babies, pleaded guilty last year on evading taxes on secret Swiss accounts that held as much as $107 million. He paid an FBAR penalty of $53.6 million.  Although, compared to Zwerner, he got off easy with only 50% of his funds stolen.Mary Estelle Curran, a 79-year-old widow from Palm Beach, Florida, pleaded guilty last year for not disclosing $43 million at UBS AG. (UBSN) She paid a $21.6 million FBAR penalty.  Ms. Curran fell for the IRS’s “limited-amnesty program” in 2009, where they said they would not fine her if she came forward. But the agency simply rejected her and fined her anyway.  In her case it is even worse as she was indicted in late 2011 and faced up to 37 months in prison.Zwerner testified, telling jurors that he tried to enter the IRS voluntary disclosure program, and that he didn’t know until 2008 that he must file FBARs. “Zwerner’s original tax returns for 2004 to 2007 didn’t report any income from the Swiss bank account,” reads a US complaint filed in June 2013. “The first time he reported such income was when he amended those returns.”He failed to declare interest on his foreign account. The account was opened in the 1960s, and was held in the name of two foundations, according tot he Justice Department. “Zwerner was able to use the proceeds of the account whenever he wanted and used it for personal expenses, including European vacations,” the department said.A TIME OF GREAT RISK … AND A TIME OF GREAT OPPORTUNITYIt can seem like there are no options for hardworking Americans, that the nation has reached that point which Ayn Rand predicted where the most productive would stop working simply because it paid more to do nothing. Even if you do work your whole life, you might be thinking, the government will ultimately come one day and take it all away.This does not have to be the case. There are still many options available, but the landscape is quickly changing and in order to get the right advice you’ll need a highly informed and nimble team such as the one at TDV Wealth Management (TDVWM) where we advise the countless Americans who have been caught up in this extortion dragnet.  And you can stay informed with The Dollar Vigilante (TDV) Newsletter.  TDV has been ahead of the curve advising people to internationalize their precious metals (Getting Your Gold Out Of Dodge), been early into the importance of bitcoin in protecting your assets and advising Americans to get a second passport.On the bright side, although the news and information can be depressing, there are countless things to be excited about and a plethora of opportunities to not only survive the coming collapse of the West but to prosper. The End Of the Monetary System As We Know It (TEOTMSAWKI) will be a time of Great Transformation. If you remain open-minded, relaxed, well informed and focused you could actually do better than you even thought possible … but it is going to mean taking personal responsibility in how to navigate the coming collapse.Your government registered financial advisor will likely not know and/or tell you about what is going on.  Take responsibility for your own personal and financial future.Through taking control and paying attention to what is going on you will be positioned for a period of great change and opportunity.  If not you may get FBAR’ed like Carl Zwerner.It’s really that simple.FATCA, the IRS & Freedom… Join the discussion at The Dollar Vigilante Today! Anarcho-Capitalist. Libertarian. Freedom fighter against mankind’s two biggest enemies, the State and the Central Banks. Jeff Berwick is the founder of The Dollar Vigilante, CEO of TDV Media & Services and host of the popular video podcast, Anarchast. Jeff is a prominent speaker at many of the world’s freedom, investment and gold conferences as well as regularly in the media including CNBC, CNN and Fox Business.