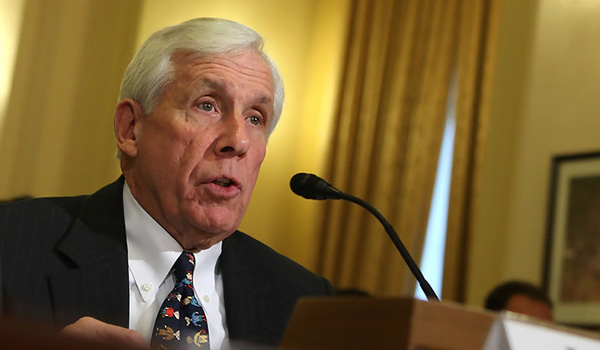 As readers know, I have covered the child abduction case of Monika Wesolowski, a State Department employee, with a security clearance, who has had her child stolen from her by the CPS/DFS of Virginia without so much of a charge or conviction for parental wrongdoing. And now, because she has had the audacity to tell her story to the media, the Virginian Department of Family Services has branded her as unstable and accusedMonika of placing her son in danger by going to the media. They are preparing to totally strip Monika of any visitations with her son. Her son presently resides in foster care with “two fathers” in which Wesolowski is claiming sexual abuse is occurring as evidenced by rash on the rectum, a return to diapers and the boy is repetitively moving his arms in sexual gestures asking for people to “cut his arms off”.  All of this information has been presented to the Virginia CPS/DFS, the local police and the Fairfax County Attorneys office and NOTHING is being done to protect the child. Why? Because the boy represents too much money for the system.

I have two former Virginia CPS workers who tell me that it is the goal of the Virginia CPS to remove as many kids as possible and that evidence is fabricated and papers are forged to this end. One of these sources is going public sometime in July.

Prior investigators such as the late Nancy Schaefer claim that children simply go missing from the care of the various CPS’ and these children end up in child sex trafficking rings such as the ones identified by Nick Bryant, the author of the Franklin Scandal.

A Lone Voice in the Wilderness

Despite the fact that Wells Fargo Wachovia was caught child sex trafficking and paid a $400 million dollar fine, nobody went to jail. Dyncorp was also caught doing the same and they paid a large fine, but nobody was held personally accountable. There are anonymous sources within the government who are leaking information that child sex trafficking profits are being used, in part, to fund regime change activities such as the ones in Libya and Syria in an Air America, Iran-Contra operation. Many investigators are beginning to believe that Ambassador Stevens was murdered two months before the 2012 election to conceals these facts.

Soon, there will be a chorus of voices demanding answers from a corrupt and criminal government.with regard to this topic.  It is likely that some federal officials and corporate types will be offered up in sacrifice to cover-up how far up in the ranks of the global elite that these practices go. Stay tuned, I am told that partial disclosure is coming. For the moment, we have one Congressman who is venturing into this land of the forbidden and is beginning to ask many of the right questions.

Congressman Frank Wolf of the 10th District in Virginia is on the warpath against human trafficking. From Congressman Wolf’s website here are some partial excerpts of his comments on this dire problem

“Human trafficking is a form of modern-day slavery. Not only is it an affront to human dignity, but it is an insidious criminal enterprise. Approximately 800,000 people are trafficked across international borders each year, according to the U.S. State Department. This figure does not include the thousands who are trafficked annually within countries, including the United States. While the hidden nature of trafficking makes reliable numbers difficult to come by, we do know traffickers prey on the most vulnerable. Traffickers can make hundreds of thousands of dollars a year selling women and children, according to the Washington, D.C.-based Polaris Project, one of the leading anti-trafficking organizations in the country…”

Click here to read a piece from Washingtonian Magazine about human trafficking in Fairfax County.

Click here to read about the sentencing of the owner of an Annandale-based massage parlor to 30 months in prison for transporting women to work as prostitutes and laundering the proceeds from the illegal activity.

Click here to read court documents involving a Georgia man who pleaded guilty in federal court in Alexandria in 2013 of trafficking young girls in northern Virginia. Be sure to read Section 15 on page 6 to see the names and locations hotels in the region where the young girls were prostituted.

Click here to read about how local gangs are finding trafficking women and young girls is more profitable than trafficking drugs.

God bless Congressman Wolf and his efforts in attacking this single biggest heinous act being perpetrated against the children of the United States.  However, Congressman Wolf does not quite go far enough as there is an unanswered question: “Where do these sex traffickers get their children from?” Investigative author Nick Bryant, the late State Senator Nancy Schaefer and Brian Gerrish all agree that children are “lost” from the system (e.g. CPS) and many children end up in these trafficking rings. All three investigators agree that many of these children die in snuff films and most are so drugged up that if they do ever escape with their lives, nobody will ever believe them because of their addiction status.

In Virginia, we find former CPS agents admitting that the goal of the agency is child abduction from the homes of law-abiding parents. The agencies are paid by the federal government for the procurement of each child. More is paid to the Virginia CPS/DFS when the child is a minority and even more is paid out when the child has a disability as is the case with Monika Wesolowski’s son.

I have been covering a very similar case to Monika’s that many of you know as the Stacy Lynne case. It has been 2.5 years since Stacy first contacted me and revealed how her son Jaden was stolen from her in relation to her anti-Agenda 21 activities in Fort Collins, CO. Going on three years ago, I promised Stacy that the resources of The Common Sense Show would be utilized in exposing the rampant corruption in her county related to the abduction of her son.

The criminal public officials in Stacy’s county fear her presence and the resumption of her political advocacy. I have been effective in doing numerous radio interviews in Stacy’s backyard about this corruption. In fact, only yesterday, Stacy, Monika and I appeared on Randy Yarbrough’s radio show emanating from Johnstown, CO. which is in Stacy’s backyard. I am beginning to see a difference in how the Stacy’s community is viewing the criminal, public element which has run Stacy’s county for too long.

To the public officials of Fairfax County, VA., you are ready to go under the national microscope. To Assistant County Attorney Chris Sigler, you will not be able contain the flow of information by writing to Monika’s attorney and telling her that you are very displeased that Monika has gone to the media over her perceived judgment that your office is displaying depraved indifference towards her son while Monika’s Constitutional liberties are being trampled upon. I have conducted 6 interviews, this week alone, on this case.

Unlike December of 2011, when the Stacy Lynne case was brought to me, I have exponentially more media contacts. I can safely say that I know personally know almost everyone of the major figures in my industry and to a person, they are interested in this case. My radio show has grown twenty fold in the past two years and my articles are picked up by over 1500 websites around the country including some in the print media and my website is less than two years old and growing. I am not bragging because I am not motivated by money. I am solely motivated to carry out my God-given task of helping to right these terrible wrongs. I feel it is all of our responsibility to protect those that cannot protect themselves. And these Virginia officials need to take warning that a media tsunami is coming in the case of Monika Wesolowski with the goal of reunification of Monika with Dylan and a deep desire to make an imprint on how politics are conducted in Fairfax County.

What the officials in Fairfax County and the rest of Virginia need to know is that I know that Congress is looking into this issue and as the old saying goes, excrement rolls down hill. There is what you know and what you can prove. I can both logically conclude as well as feel it in my gut that children are disappearing from the Virginia foster home system operated under the auspices of CPS/DFS and they are ending up in child sex trafficking. On one hand, you Virginia flesh peddlers have a Congressman breathing down your neck who is in the process of connecting the dots. On the other hand, you have a newly awakened media who is just learning about this issue and is angered beyond description. It is not just Dave Hodges and The Common Sense Show that you Virginia CPS/DFS officials have to worry about. Many of my colleagues are now doing their due diligence on this topic, just as I did, and all hell is ready to break loose. I know that I am going to begin to receive more information as a result of this article which will lead up closer to the truth related to how children are being trafficked in Virginia.. Every time I receive pertinent information, I will see that it is forwarded to Congressman Wolf and my media contacts.

To you public officials who participate in these heinous practices, we will see that that there will be nowhere you can hide as you will be brought to justice. And to the officials who have trampled on Monika’s rights, you have breach at the core of your concealed criminality, your veil of secrecy is going into meltdown and soon you will be forced to flee your facilities. And when you do, I will be standing outside taking names and kicking rear ends.

Meanwhile, the beat goes on as Monika and I are appearing on the last two hours of the Hagmann and Hagmann Report from 9-11pm, Eastern, this evening, June 6, 2014. It is D-Day for an all-out assault on child sex trafficking.