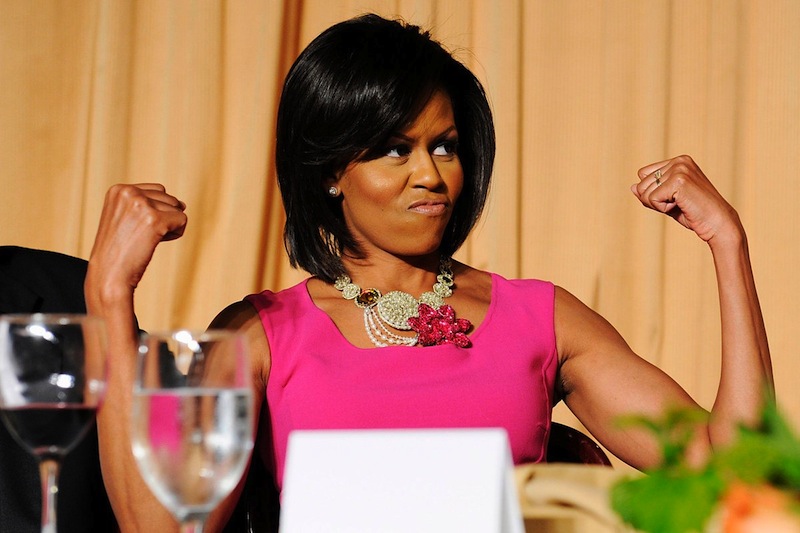 As President Obama inches closer to entering the final half of his second term, speculation is emerging that the current first lady may pull a Hillary Clinton and run for a Senate seat.

In a Thursday column for Reuters, Keith Koffler writes that it shouldn’t be a surprise if Michelle Obama decides she wants to take a run at incumbent Illinois Republican Mark Kirk in 2016. Not only would she immediately deliver the kind of star power that would elevate her above her opponent, he writes, but her increasingly “bold profile” suggests she is placing herself in a position to at least seriously consider a Senate campaign.

To back up his reasoning, Koffler points to numerous instances in which the first lady has placed herself in the public eye. Earlier this year, she traveled to China with her daughters on what was a highly publicized trip, and she has been active on the fundraising front, holding two events for Democratic candidates this week alone.

On a more substantive front, Obama has involved herself in drumming up support for the kidnapped Nigerian schoolgirls – a Twitter campaign that turned against her in some ways when people began posting photos of children killed during drone strikes authorized by the administration. She has also waded into domestic battle with Republicans over her school lunch program. Just recently, she attacked conservative politicians for “playing politics with our kids’ health” and attempting to “override science.” Even the first lady’s graduation speeches have drawn further attention and scrutiny. Speaking to five graduating high school classes in May, Obama warned segregation is still an issue decades after the Supreme Court ruled it unconstitutional. She called on the younger generation to speak up when they hear racist comments from their family members, a statement that caused ire among some commentators who accused her of trying to police people for politically incorrect thoughts.

With Kirk up for reelection in 2016 and his health in question, it could be an opening for Obama – if she’s interested.

“She would quickly become the most recognizable face in the Senate,” Koffler wrote. “Her fame and fundraising ability would command deference in a body that normally operates on seniority. Whether the recent elevation of her profile suggests a plan to run is unclear, but she will be well positioned should she jump in.”

Punditry aside, would Obama have a chance if she decided to run? Kirk is a strong candidate, but as noted by NBC Chicago, a survey by Public Policy Polling released in December 2012 found she’d easily become the front-runner.

“If Michelle Obama decided she wanted to follow the Hillary Clinton route once her husband leaves office in 2016 and go to the Senate, she’d have the upper hand on Mark Kirk,” the firm stated. “She leads him 51/40 in a hypothetical head to head. Kirk’s approval numbers are ok with 34% of voters approving of him to 19% who disapprove. But those numbers are no match for the first lady, who’s seen positively by 60% of voters to 33% with a negative one.”

Whether Obama is actually interested in running for office, though, remains unclear. In 2012, she said she would “absolutely not” run for office before qualifying her statement with a “probably.”

“One of the things you learn about yourself as you get older are what are your strengths and what are your interests. And for me, it’s the other stuff that is not being president,” she said, as quoted by ABC News. “So I probably won’t run.”

Meanwhile, Reuters reported that at a Democratic fundraiser on Monday, Obama let slip some language indicating she took office when her husband was elected – a possible Freudian slip she quickly corrected.

“And then there were those of you (who) joined us after the primaries, and you were there when Barack and I first took office — or I took office alongside — or he took office and I was there,” she said to laughs from the audience.