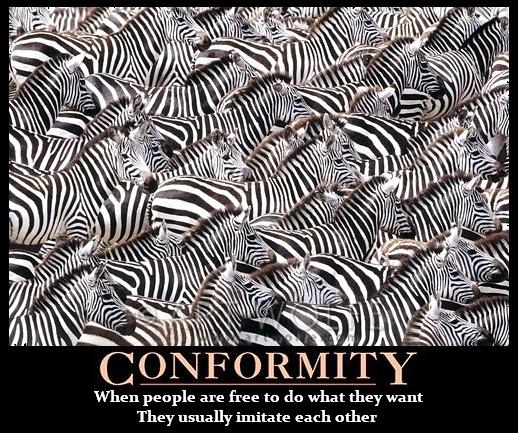 The uniqueness of America is that its laws and Founding Documents were designed to protect the individual from other individuals, from the state, and from the mob. No other nation or kingdom had ever put the individual above all.

Without question, in the past America hypocritically forced some individuals into collectives: African Americans, Native Americans, Irish Americans, and so on. Those collectives were denied rights, denied liberties, had their children stolen, had their property stolen, were relegated to the lowest level jobs, and subjected to daily humiliation and degradation. However, we have come to understand that such collectivism is wrong ˗˗ or, at least I thought that we had.

The current disturbing trend in our country is not to focus on the individual, but to focus on the collective, even in the creation of our laws. It is a hate crime to beat up a young gay man because he is gay; a worse crime than it is to beat up a ninety year old woman because you want her purse. Laws should be applied equally and the criminal should be charged for the beating up, because he broke the law. However, hating somebody belonging to a certain collective is currently worse than robbing somebody who is not in that collective.

It seems that collectives are de rigueur. The black collective and the LGBT collective are proudly in the forefront. The code word for these collectives is “community”, as if everyone in these supposed “communities” thinks, feels, acts, and believes exactly the same way. Individuals now proudly abrogate their individuality to claim a collective to which they belong. Those same individuals force others into collectives whether they want to belong or not.

Members of these collectives often assert their status arrogantly, as if this status makes them superior. I once worked with an assistant principal who could not talk about himself without inserting the adjective “black”. He was a black father, a black football player, a black teacher, and a black husband. Black was nothing he had a choice about; black was not what made him an individual. He could and did choose to be a husband, a father, a teacher, and a football player. Those things did make him an individual.

Those choices should be the only thing that defined him, but he could not separate himself from black collective. He considered himself superior because he was in the black collective. Therefore, he could never see me as an individual human being either, but only as a white woman, a white teacher, or a white mother (although no one ever mistook me for one of those “rich white women” that seem to be mentioned everywhere).

I am reminded of the scene in Guess Who’s Coming to Dinner when the character played by Sydney Poitier says to his father, “Dad, you’re my father. I’m your son. I love you. I always have and I always will. But you think of yourself as a colored man. I think of myself as a man.” The opposite is true today. That assistant principal could never look in the face of anyone without first seeing black, white, Chinese, Mexican, or whatever collective he perceived; he could not or would not see the individual.

The laws and traditions of the past used to hurt African-Americans are now voluntarily embraced by African-Americans. For example, “in societies that regard some races of people as dominant or superior and others as inferior, hypodescent is the automatic assignment of children of a mixed union or mating between members of different socioeconomic groups or ethnic groups to the subordinate group.” Those with “one drop of black blood” were denied the rights of whites even if the person was mostly white and looked white. Bi-racial children of white slave masters were denied the rights to the name and property of their white fathers.

My children are also “mixed” as people put it these days. I am what I call the whitest of white, German-Irish mostly. Their father (my ex) is African-American, Irish-American, Mongolian-American, and Native-American, Blackfoot. When I was pregnant with my first daughter, several African-American fellow teachers warned me that I’d better raise her as a black child, that to do anything else would cause her psychological damage and make her life a misery. I said that I was raising a child…period.

When she was born red-haired and green-eyed with creamy skin, I asked them if they still felt the same. They nodded an enthusiastic YES! I never paid attention to anything they or anyone else had to say about it. Ironically, the only people who made comments about my mixed children or my mixed marriage were black people. White people paid no particular attention at all.

My daughters who are now teens are sympathetic to the LGBT “community”. Quite a number of their friends identify as transsexual, bisexual, pansexual, and bi-gender (oh the problems of raising children in the modern age). This seems to be rampant in the cosplay scene. However, they have been shocked by the vitriolic hatred aimed at heterosexuals (attracted to the opposite sex) and cissexuals (comfortable with the gender you are born). Online LGBT chats include comments like: “Cissexuals should all die, especially straight white males.” or “Transexuals are superior to all heterosexuals.”

Of course the only collective which is considered inferior these days is heterosexual whites, white males in particular, and special vitriol is reserved for Christian heterosexual whites. If you are in this collective, whether you identify with the collective or not, you will never be judged as an individual but will always be fair game for all manner of attacks, including being forced out of your job. Tolerance for you is not tolerated.

It seems that the collective mind-set and the demands for tolerance of only certain collectives have taken us backwards in social evolution, not forwards. Enlightened America championed the individual; collectives return us to the tribal. Those in my collective are human beings; those outside are not. Just try to leave the collective and watch what happens. Black and gay conservatives are fair game for ugly racist and bigoted statements, which raise no eye brows in those who claim to champion the rights of these minorities. Blacks who do not act authentically black by the collective standard are criticized and ostracized by other blacks who accuse them of “acting white” or being Uncle Toms. Minority and popular collectives are encouraged to make hateful statements about others.

Ironically, my mostly black students, once they start seeing me as an individual, often tell me that I am not white, because white is “other” and I have just become Ms. Casey, one individual person. Becoming a person made me no longer “white”. This is the key. We must reject the collective and return to the individual. We must look someone in the face and judge that individual “by the content of their character and not by the color of their skin” or the orientation of their sex. We must drop the word “community” when we mean collective. We must return to the Founding Fathers’ revolutionary ideas that all men [and women] are created equal [and individual] with certain inalienable rights

Collectivism is the practice or principle of giving a group priority over each individual in it. This is not far from the definition of a mob where one loses ones individuality, compassion, and civility. It is immensely important to realize that in America today people are losing their individuality through the dominance of collective thinking. Moreover, to attach this to a broader concept, it is frighteningly easy to move from collective, to mob, to complete dehumanization.