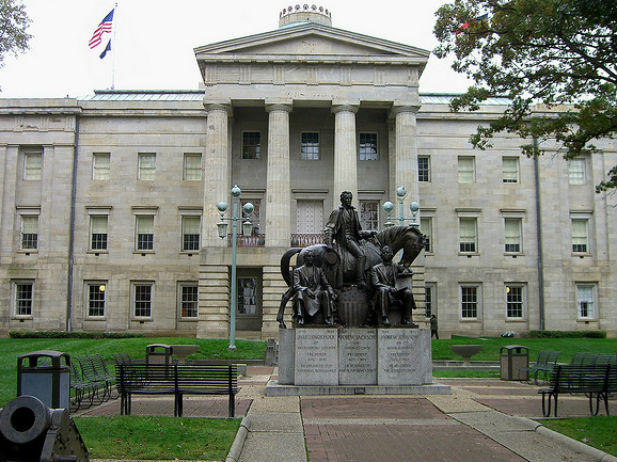 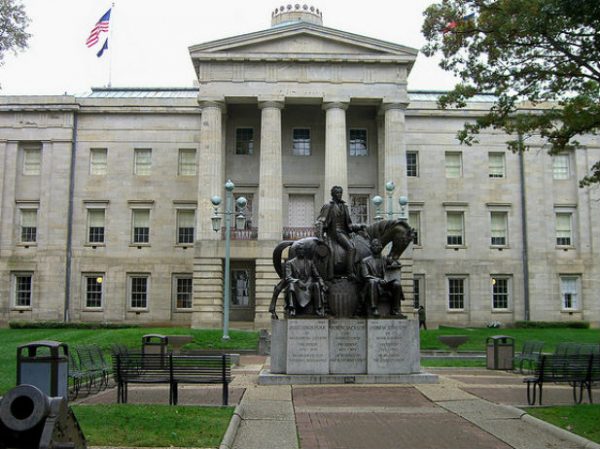 Wednesday, the North Carolina House passed a bill that would end the state’s involvement in Common Core educational standards, effectively nullifying its implementation within the state. The vote was 78-39. House Bill 1061 (HB1061) went through two hectic days. On Tuesday, the House Education Committee rewrote the original bill removing a number of sections that Common Core opponents wanted out of the bill. They voted 27-16 to send the bill to the House floor, where it passed today on second and third readings.Representatives opposing the bill on the House floor were worried that scrapping Common Core would leave North Carolina with no state standards for education. However, both primary sponsors of the bill, Reps. Larry Pittman and Michael Speciale assured the other members that that was not the case.Common Core standards would continue to remain in place for the next year while North Carolina State Board of Education rewrites the standards for North Carolina’s schools. The reasoning behind the delay in scrapping Common Core is to smooth the transition back to a state-controlled curriculum. This would give the schools enough time to jettison the Common Core standards that have been foisted upon them without any undue harm being done to the development of students.The primary committee amendment to the bill sets forth the principle that North Carolina by its constitution is responsible for the education of the citizens of the state and it will not cede or limit state control in exchange for federal funding for the public schools.

“The State Board shall ensure that no official, employee, agency, or board of the State shall enter into any agreement, memorandum of understanding, or contract with any federal agency or private entity which in any way cedes or limits State discretion or control over the development, adoption, or revision of the North Carolina Standard Course of Study and related student assessments in the public school system, including, but not limited to, agreements, memoranda of understanding, and contracts in exchange for funding for public schools and programs. “Common Core gives the federal government the power to collect extensive data from students including Social Security numbers, records of school attendance, supposed learning disabilities, religious affiliation, disciplinary records and parent’s income information, the following committee amendment to the bill would strip that ability away from the federal government.“No personally identifiable data on students or their families’ religions, political party affiliations, biometric information, psychometric data, or voting histories shall be collected, tracked, housed, reported, or shared with the federal government. No personally identifiable student data shall be collected for the purpose of the development of commercial products or services.”HB1061 promotes decentralized government and takes control from unaccountable federal bureaucrats and puts it back into the hands of the people. Common Core’s proponents deceptively claim that the curriculum is not the handiwork of federal bureaucrats because it was conceived by the National Governors Association (NGA) and the Council of Chief State School Officers (CCSSO). However, the NGA has received tens of millions in taxpayer dollars from the federal government over the course of many years.Next, a companion bill will be considered on the Senate side. And if the two chambers pass differing versions, they’ll meet in conference committee to determine the final language that will be sent to the Governor’s desk for a signatureTAKE ACTIONIn North Carolina: Take action today to make sure that HB1061 remains a strong rebuke against Common Core by clicking HERE.For Other States: Check our Tracking and Action Center to see if your state has taken action against Common Core. If they haven’t, contact your state legislators and demand that they introduce legislation similar to HB1061. You can find your legislator’s contact information by clicking HERE.William Kennedy is the State Director for the North Carolina Tenth Amendment Center where this article first appeared. A strong supporter of the Constitution, Declaration of Independence and the Bill of Rights with special emphasis on State Sovereignty protected by the Tenth Amendment.