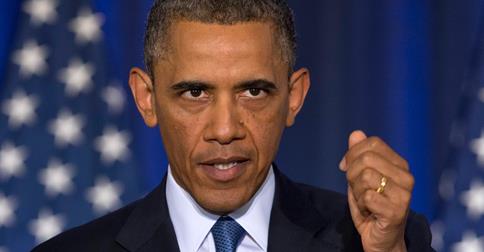 Many Americans wonder why Barack Obama so consistently executes policies that are so damaging and so antithetical to American interests and, given his record of foreign policy defeats and humiliations and failures at home, how he can still survive in office.

I have previously explained why, but it bears repeating.

The Obama Administration is a collection of inexperienced, emotionally immature far-left ideologues, whose “the ends justify the means” mentality permits them to tell any lie, violate any law and even indifferently risk lives as long as it serves their political objectives.

Obama survives because American journalism has, as it did for Joseph Stalin, sacrificed its professional integrity to protect a sentimental investment in an ideology.

In her book “American Betrayal: The Secret Assault on Our Nation’s Character,” Diana West vividly dissects the role of journalists as protectors and facilitators of the Soviet Union and communism.

According to former true-believer turned anti-Communist Eugene Lyons, author of “Assignment in Utopia” (1937) and “The Red Decade” (1941), self-censorship and media bias are like a set of adolescent anxieties: the need to belong and the fear of being rejected in the social circles of Moscow and Washington, DC.

Like a committed fellow traveler of communism, an Obama acolyte becomes a dedicated apologist, where an ideology, once internalized, acts on conscience and reason, and also initiates a survival instinct.

Today’s cries of “racist,” are similar to the terms “McCarthyism” and “Red-baiting” used in the 1930s, 1940s, and 1950s, all designed to denote a taboo, requiring an immediate cessation of debate to prevent exposure of the truth. Thus the job of the journalist becomes little more than finding and transmitting the “desirable” information and denouncing anyone who challenges that orthodoxy as purveyors of political profanity.

West describes the extent to which Orwell’s “Newspeak” had its birth in the pages of the free press as much as in the totalitarian censor’s office.

The seminal event in Soviet crime and Western turpitude was the very first successful implementation of the “Big Lie,” the concerted assault on truth to deny the Soviet-engineered Famine in the Ukraine from which millions died.

Not only did Western journalists capitulate to a totalitarian machine, but they conspired to undermine the veracity of one man, one lone truth teller, twenty-seven-year-old Gareth Jones, a brilliant, Russian-speaking, Welsh journalist who, after extensively debriefing his journalistic colleagues in Moscow and completing a secret trek through the starving areas of the USSR, brought the famine into the light.

Leading the charge to discredit Jones, an eyewitness to the famine, was none other than Stalin apologist-in-chief, Walter Duranty, who, in his March 31, 1933 New York Times article “Russians Hungry, but Not Starving,”, wrote:

“There is no actual starvation or deaths from starvation, but there is widespread mortality from diseases due to malnutrition.”

As Jones noted in his response:

“censorship has turned them into masters of euphemism and understatement. Hence they give ‘famine’ the polite name of ‘food shortage,’ and ‘starving to death’ is softened down to read as ‘widespread mortality from diseases due to malnutrition.'”

Just as journalists then could not bring themselves to accept the truth about Stalin, so too journalists today prevaricate about Obama.

That is why the Obama Administration, itself unchallenged, has the temerity to challenge the veracity of soldiers, who were eyewitnesses to Bowe Bergdahl’s desertion.

That is why the most extraordinary fantasy conjured up by the Obama Administration can be paraded as history on the Sunday Morning talk shows.

That is why America needs a catharsis of truth.