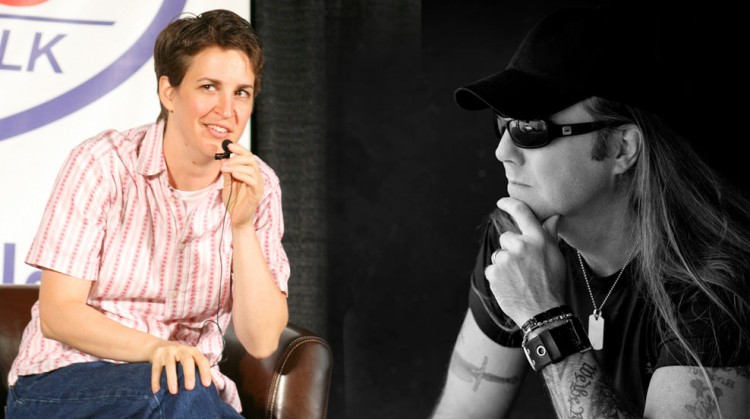 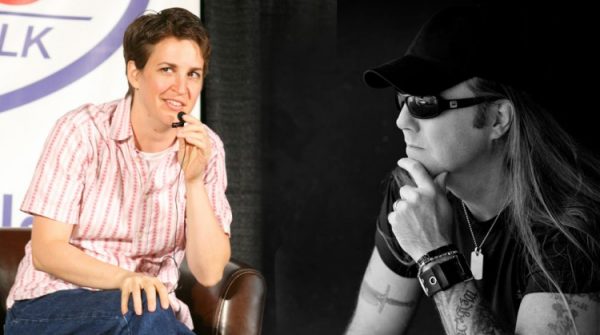 It all started when I realized that the hirelings in church pulpits were not preaching the Word of God to homosexual communities. I noticed that these preachers were omitting the Word and dancing around what they should have been pointing out concerning the gay communities and their lifestyle choices (Deuteronomy 30:19). My intent, however, was to warn homosexuals of what God’s Word says by going into the belly of the beast, only to find that they wouldn’t have it. Not only would they not have it, but they would fight off by any means necessary those who were willing to love them enough to tell them the truth of God’s Word. I can safely say that I did my part by warning the gay communities with the truth, whether they wanted to hear it or not.

To prove my point as to how far the radical homosexuals are willing to go, they sent MSNBC and Rachel Maddow to do a hit piece on me, my family and my ministry – not once, but twice.

After I filed a lawsuit against MSNBC regarding their hit pieces, the case was distorted by those who fabricate and lie, all in hopes of bending the truth to form public opinion rather than having to abide by the laws of land. I feel it is my duty to set the record straight in regards to their lies.

Let me say it this way: If you are not careful, the news outlets will have you hating those who are under attack and will attempt to have you love those who are doing the attacking.

I will lay out the facts (yes, I said facts), not opinions, not half lies or distortions, concerning the communist network MSNBC and Rachel Maddow.

On Aug. 9, 2010, Rachel Maddow and MSNBC took a one-minute piece out of the center of one of my radio broadcasts. This specific show aired on May 15, 2010, where I made reference to the fact that, “Muslims are calling for the execution of homosexuals in America.” Again, I said that the Muslims were calling for the execution of the homosexuals. (What is interesting here, friends, is that the radical Muslims who stand by this practice have yet to be called into question by the radical homosexuals for what they advocate.)

What Rachel Maddow and MSNBC did was take my radio clip, omitted the one-minute piece from the center of that clip and then merged the two end pieces together as one piece.

Here is what they omitted from the center of that broadcast:

“And I continually reach out to the homosexual communities on this radio show, and I warn them, which one’s love? Here you have Obama condemning it behind the backs of the homosexuals, but to their faces he’s promoting it. Because he’s the one that said that he would never, no matter which way the winds go, Obama said he is not going to condemn or go against the Muslim nation. He’s also the guy that said we are no longer a Christian nation, we’re a Muslim nation. … The homosexuals, they need to listen. … I say this to my gay friends out there, the ones that continuously nitpick everything I say in their defense and for their eternal destination, Hollywood is promoting immorality and God of the Heavens in Jesus’ name is warning you to flee from the wrath to come, yet you have Muslims calling for your execution. ‘If America won’t enforce the laws, God will raise up a foreign enemy to do just that. That is what you are seeing in America. Read Leviticus 26.’”

This is a pretty big body of text for Rachel Maddow and MSNBC to jump over.

At the end of her fabricated report, Rachel Maddow pulled up a disclaimer that we had on our website that she characterized as disingenuous and insincere. It said: “We have never and will never call for the execution of homosexuals.”

Now for the second report.

Friends, not one time did a radical homosexual outlet report the fact that MSNBC and Rachel Maddow did a second piece on my ministry. On May 11, 2011, Maddow and MSNBC resurrected the same piece, but pulled down the disclaimer (above), all the while knowing it was there (which proves malicious intent and defamation), and then slandered my ministry again.

On air, Rachel Maddow then accused Michele Bachmann, me and others of being “blood thirsty” and that we were, “Calling for the upping of the bloodshed of America’s culture war” since “Christians weren’t doing enough to kill gays” – thereby putting a literal hit out on Michele Bachmann and myself. This, of course, was aimed at Rep. Bachmann’s presidential campaign.

It should come as no surprise why they would want to denigrate my mission. MSNBC, which is owned by NBC Universal, was rebuked by the American people for removing the name “God” from the Pledge of Allegiance at the U.S. Open golf tournament. The president of MSNBC, Phil Griffin, also admitted earlier this year that the network caters to “progressives,” meaning a generally secular, frequently atheist, pro-”gay rights” (no such thing), socialist and big government (communism) market among its very small viewership.

Now, after Rachel Maddow and Phil Griffin put a bull’s-eye on my back, I began to notice that the radical homosexuals began to attack from every angle possible. They first took a picture of my house and put it up online. Another radical homosexual group took my physical address and made not only my wife and me but my little boys a target as well. Our street ministry also came under attack as my staff would be kicked out of storefronts where we would minister to people, because these people (the people who kicked us out, though small in number) were too ignorant to know the likes of a communist organization. Now, I am a big boy. I can handle all of the effeminate ones with their shots at me that they take. But the minute you put my family, my ministry and their lives on the line, you are going to have the fight brought to your front door. We are still ruled by law, whether or not man wants to abide by it.

Here are some emails I received after the MSNBC reports:

“I hope you die in the worst of ways.”

“I hope you get raped someday.”

“Ever come close to me and I will bash your so-called Christian F#@*ing heads off.”

“Why Bradlee why? Now I am gonna have to kill you! I thought we were going to cut each other’s hair then have sex, but you stood me up! I’m so upset that I think I may just have to blow up your ministry instead! Goodbye forever.”

Now, keep in my mind, this was while all of the radical homosexual outlets were omitting the second report. They were attempting to protect themselves by protecting MSNBC and Rachel Maddow all the while on the other side they were viciously attacking my ministry and my family.

Although all crime is motivated by hate, it is interesting to note that a hate crime is defined by state law as one that involves threats, harassment, or physical harm, and is motivated by prejudice against someone’s race, color, religion, national origin, ethnicity, sexual orientation or physical or mental ability.

These radicals endorse the enforcement of hate crimes against anyone that looks at them the wrong way, yet when they are guilty of hate crimes themselves, they hope you turn the other way to their hypocrisies when they (by their own unlawfulness) are guilty as charged.

After the second report Maddow and MSNBC did, I took the truth to their front door. I flew into New York and did a press conference to show that what these people were doing is illegal and very dangerous. The media do not have the right to put your life on the line through fabricated reports.

Interestingly enough, MSNBC ends up hiring not one attorney, not two attorneys, not three, but four high-powered attorneys to defend MSNBC and Rachel Maddow. However, seven months after filing a lawsuit, our attorney wanted to withdraw the case from the Superior Court of the District of Columbia and file it in federal court.

The move to another court was a “tactical, strategic decision.” Our attorney then informed Judge Zeldon that he wanted to voluntarily dismiss the case from her court since it had been filed in federal court. Zeldon ruled that she would dismiss the case without prejudice if I would pay Maddow’s attorneys for the work they did in her court, which she assessed to be worth $24,625.23.

Pay the ones defending MSNBC and Rachel Maddow? The ones who put a hit piece out on my family, my ministry and me? I was not about to hand over $24,625.23 to the attorneys defending those who put a hit out on me, prompting persecution, death threats and an array of attacks from every angle against my ministry. Not only that, but Zeldon was biased in her ruling as she referred to MSNBC’s attorneys as “distinguished,” never once referencing our attorney in the same manner. We of course appealed the decision, and the result was that the court we appealed to affirmed the lower court’s ruling last month.

While the federal court case was on hold pending the appeal process, it is still very much alive. Neither Judge Zeldon nor this appeal have determined whether or not there was actual defamation by Rachel Maddow. As far as Judge Zeldon’s decision, I am not going to pay off a judge’s favored attorneys because she cannot distinguish between what is right and what is wrong.

Of course, my comments were clearly taken out of context and twisted. Furthermore, the judge’s decision was not a ruling, but a demonstration of prejudice. We never stepped foot inside the courtroom. Therefore, we never lost our claim because there never was a ruling. Really what this all did was basically tell everybody that I was willing to take it to MSNBC, but the judge, in favor of MSNBC, didn’t want it to go there until I paid the attorneys off. And that is just not going to happen.

After all this being said and done, the only winners at this point are the attorneys on both sides, while the justice system again proves to be unable to deliver the purpose of its appointed position, justice. And for those who feel this is a laughing matter, do remember that a threat to justice anywhere is a threat to justice everywhere.

I am not only considering pursuing the federal court case, but also considering an individual lawsuit against Rachel Maddow.

Video: What MSNBC, Rachel Maddow, and Useful Idiots Purposed Not to Tell You!