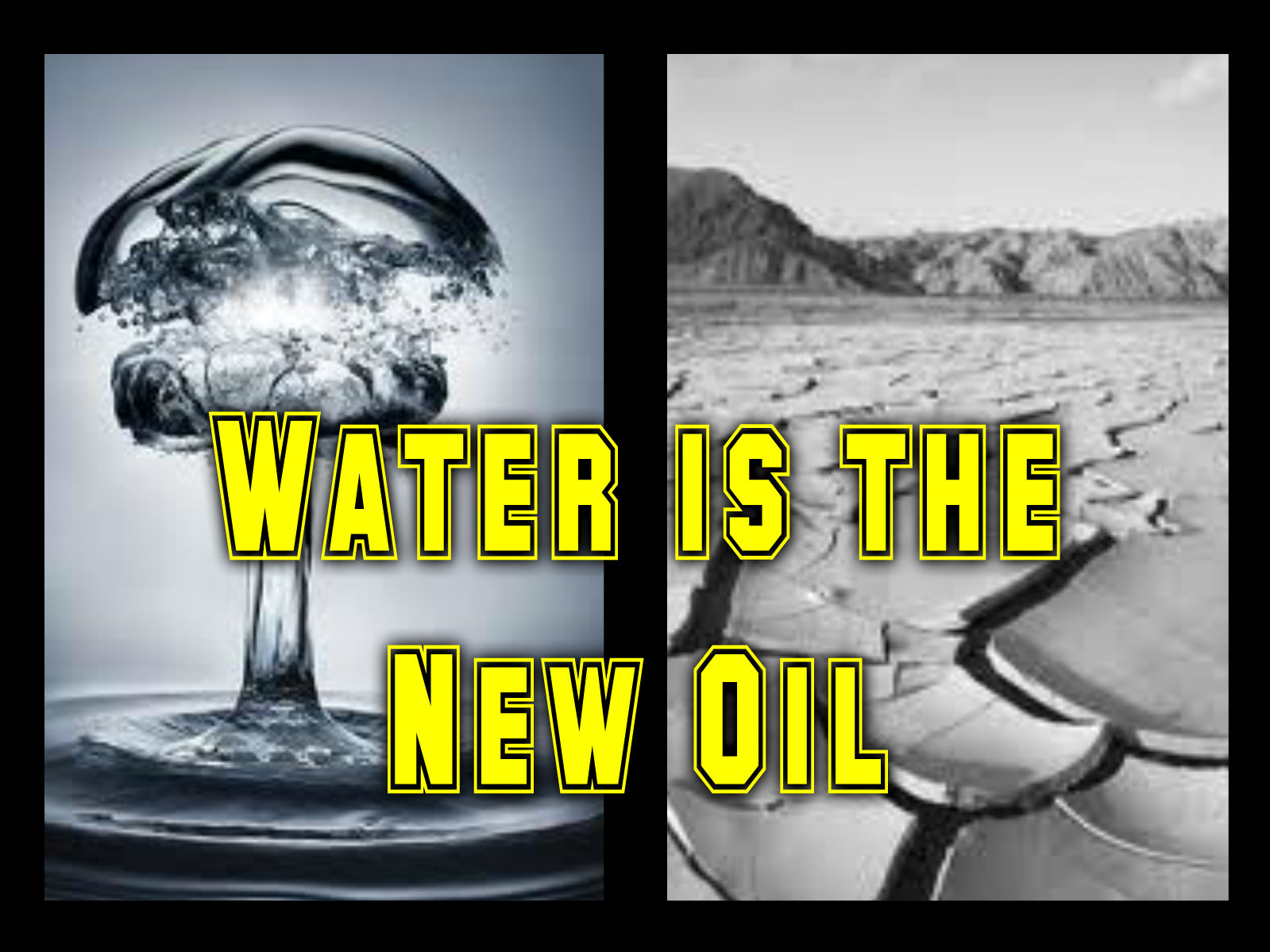 Many people are aware that the globalists are attacking humanity in every aspect on multiple fronts. However, what many do not realize is the globalist attacks upon humanity is present in every fabric of our lives. It is stories like these that make this fact so abundantly clear.

Venezuela: The Canary In the Mine

In a scene reminiscent of the 2008 bailouts in which Hank Paulson and friends raped the American economy, Venezuela’s economy is in shambles because its leaders are more worried about pleasing bondholders and importers than meeting the basic needs of its citizens.

Venezuela presently is a record $25 billion in arrears to importers has its citizens waiting hours in line to buy drinking water. Further, its citizens are finding it increasingly necessary to cross borders in search of medicine. Meanwhile, President Nicolas Maduro is using the nation’s dwindling supply of dollars to enrich bondholders.

The real story in Venezuela is not the declining dollars, but the emerging water crisis. The situation is turning very threatening to well-being of the population. If Maduro continues to serve the banksters and the preferred insiders, the water crisis could lead to a civil war. In fact, there are widespread water shortages across the planet that threaten to push the entire planet into a state of perpetual state of social unrest and even war could break out over control of this most precious resource.

The Next Ten Years

According to the United Nations research and scientific studies, nearly two-thirds of the entire population inhabiting the planet will face severe, life-threatening water shortages by the year 2025. The reasons most often cited for the water shortages are waste and poor planning which will result in uneven distribution.

Presently this problem is primarily a third world problem. However, the UN report and other ancillary reports mentions that England faces serious water shortages and the United States is not far behind England.

In the United States, the planning and contrived water shortages are already underway. T. Boone Pickens is buying up the Ogallala Water Aquifer, the largest in  North America. Jesse Ventura, on his show Conspiracy Theory, documented how Nestle is shipping Great Lake water to places China at the expense of the American taxpayers. I have also documented how in places like Northern and Central California and Southern Oregon, the EPA is systematically removing local farmer and rancher access to water.

Even the Defense Intelligence Agency has clearly echoed the dire warnings of the United Nations report by stating that unstable water supplies will greatly impact all and water will subsequently be used as weapon. The DIA report evoked a reaction from former Secretary of State, Hillary Clinton, just prior to leaving office as she commented that the DIA’s findings are “sobering” and that as the world’s population continues to expand, the demand for water will increase but fresh water supplies will not keep pace.

Overpopulation Is the New Globalist Paradigm

Please take note of the fact that the globalists never miss an opportunity to promote the false paradigm of overpopulation in order to justify their depopulation agenda. In several places, the globalists are proclaiming overpopulation to be the new threat to humanity. This has become necessary globalists believe that an increasing number of people are waking up to the man-made climate change fraud. Hillary Clinton has commented that as water shortages grow, this inevitably will lead to regional conflicts and violence between nation states and within nation states and that overpopulation is at the root of the problem.

One has to tip their hat to the globalists for their dynamic and flexible approach to achieve total global domination. As the world tires of the phony excuses to fight the banker inspired wars over oil, the globalists have shifted their strategy to appeal to human beings’ basic instinct, the inherent need to possess food and water in order to survive. Clinton, the United Nations and the Defense Intelligence Agency are nicely setting the table for what is to come; a planned global water shortage which can be manipulated into a greater stranglehold on vital resources by the globalists. Look at the latest media documentaries, many are merely a reproduction of the this same mantra. This is a classic case of the Hegelian Dialectic in action.

In reality, the plan to bring the world to its knees through the global elite’s creation of artificial water shortages, is already underway. The reports from the DIA and the UN should be labeled status reports, instead of futuristic projections. Consider the following water-related facts from an existing set of realities. Twenty percent of the world’s population, presently lacks access to an adequate supply of clean drinking water. Global water consumption is doubling every 20 years, more than twice the rate of human population growth.

The Progress of Contrived Water Shortages

The above-mentioned facts can be exploited by the globalists through controlling water supplies and creating more artificial shortages. The globalist plan to bring the world to its knees by controlling water is already bearing fruit as 31 countries currently face water scarcity. Globalist industries have been doing their part to ferment this conspiracy as more than half the world’s major rivers are either dead or are hopelessly polluted. More evidence to support the notion that the globalist plan is working is evidenced  by the fact that, in third world countries, water borne illnesses account for most deaths. Water safety issues are being exacerbated and the death curve is dramatically spiking. Tragically, these deaths are almost completely preventable. As both the UN and DIA reports mention, that by 2025, two-thirds of the world’s population will live in absolute water scarcity and accompanying food shortages. There will no shortage of willing and desperate soldiers to fight in the coming water wars.

The globalists plan for complete planetary domination is brilliant. First, the globalists are making very good progress at privatizing (i.e. stealing) the most precious resource on the planet. Secondly, the globalists will be in position to carry out their much exalted strategy of depopulation. Their plan is incredibly evil due to the hundreds of millions, if not billions, of innocent people who will perish, but it is very brilliant.

Bolivia Was the Beta Test

Bolivia was the beta test for this planned takeover of water.  Bolivia defaulted on its World Bank debt obligations and their water supplies went into receivership, controlled by the globalists, and water prices skyrocketed by 400%.

This scheme is also present in Lima, Peru, where the typical poor family pays private vendors up to $3 per cubic meter to collect contaminated water in buckets while the elite pay 30 cents per cubic meter for treated water that pours out of taps in their homes.

In India, some families spend a quarter of their income on water. Debt manipulation, for the ultimate purpose of controlling water, is not just in play in the third world. The derivative debt has paralyzed the economies of Europe and the United States. Debt default, followed by the banker bailouts. How long will it be until the globalists have to bail out the American economy while we continue on our trek towards unsustainable debt?  When America’s economy falters, the bankers, armed with their central bank printing presses, will come to the rescue. The price for their intervention, judging by what happened in Bolivia, will be total control over our infrastructure and the control of all water will be at the top of the list. Collecting rainwater and purifying stream water to drink, will become illegal acts. All water will be obtained through the public private partnership corporations and you can bet, as history has set the precedent, will get very expensive. The legal framework for the takeover of American water is already underway in many states, like Colorado, which has adopted policies which prohibit the trapping of rainwater or the reuse of irrigation water. This is how it started in Bolivia and now we are seeing the same thing within the United States.

The DIA report prominently mentions that agriculture uses 70% of the world’s water supply. Therefore, it follows that water shortages will quickly lead to food shortages. And what do the globalists see as the solution to the resulting food crisis which will follow on the heels of the contrived water shortages? The globalists are using this opportunity to promote drought resistant GMO crops. That is right, they are promoting GMO’s on the heels of artificially contrived water shortages!  So, if you don’t die of thirst or break the family budget by attempting to obtain water, you will increasingly find yourself being poisoned by toxic, drought resistant GMO’s. These are the same GMO’s, when examined in French longitudinal studies that demonstrated that lab rats who consumed GMO’s developed fatal tumors and died. Again, the brilliance of this plan is stunning in which an artificial water shortage is created and the public will clamor for GMO drought resistant crops.

The globalist notion that they must reduce population in order to save humanity, is a based upon unproven facts and should be considered to be nothing but a deception.

History clearly shows that if one would want to reduce population the best way to do so is through massive industrialization. Presently, the Italian birthrate is 1.2 and the in the United States, the indigenous birthrate is 1.8. Both countries are symbolic of the fact that in industrialized societies, the birthrate declines dramatically because high numbers of children are not needed to work on farms that are far fewer in number. Any sociologist will tell you that birth control and industrialization go hand in hand. Therefore, the globalists should be trying to industrialize the third world instead of preventing progress and deindustrializing everyone else.

The United States is also being pulled into this unhealthy paradigm of an artificially contrived water shortage, through outright theft, government assisted privatization and subsequent hording. Some local American municipalities are already experiencing similar rate increases which are common in the third world.

If all of the other globalist plans to manipulate the planet into accepting a world-wide government and economic system were to fail, the control of water would still represent their default position. If one controls the water, one controls the planet and everyone in it.