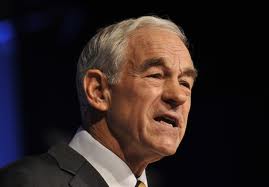 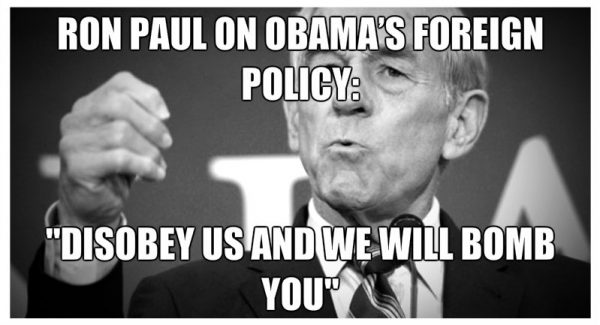 Responding to the president’s recent address at the US Military Academy at West Point, New York, the former congressman for Texas wrote on his website this week that Obama has refused to acknowledge any precedents concerning the impact of American interventionism, and instead plans on continuing a policy that attempts to extend Washington’s reach over the rest of the world, notwithstanding neither hypocrisy nor consequences.

Paul, a staunch anti-interventionist, was reflecting Sunday about the president’s remarks from late last month in which Obama applauded the idea of American exceptionalism and insisted that, “because of American diplomacy and foreign assistance, as well as the sacrifices of our military — more people live under elected governments today than at any time in human history.”

“[W]hat makes us exceptional is not our ability to flout international norms and the rule of law; it is our willingness to affirm them through our actions,” Obama said at the military’s academy’s May 28 graduation ceremony.

Paul, however, said the Obama administration picks and chooses when and where to flout those norms and otherwise involve itself in foreign affairs.

“It’s funny he would mention elections. Last week the Syrians held their first multi-candidate presidential election in 50 years. Almost three-quarters of Syrian voters participated, giving President Assad 88 percent of the vote. After three years fighting a foreign-backed insurgency, voting conditions were not optimal. However, despite State Department claims to the contrary, it can no longer be stated that Assad enjoys no popularity in his country,” he wrote in an op-ed published Sunday on the website for the Ron Paul Institute for Peace and Prosperity. “But the US government completely rejected the vote in Syria, with Secretary of State John Kerry calling it ‘a great big zero,” because, as he put it, ‘you can’t have an election where millions of your people don’t even have an ability to vote.’”

Indeed, voters were only allowed to cast ballots during the recent Syrian election in locations controlled by Assad’s government. The election marked the first one in four decades to include the name of a candidate not in the Assad family, but the incumbent’s opponents were approved by his administration and consisted of two challengers largely unheard of until now.

Likewise, Paul added, the Obama administration condemned a recent referendum in Crimea as “illegal” yet endorsed the overthrow of Ukraine’s then-president, Viktor Yanukovich, only weeks earlier. “For Washington, it was ‘illegal’ for Crimea to vote to secede from Ukraine, but it was not illegal for a mob in the street to overthrow an elected government in Kiev,” he wrote.

“President Obama spoke at length about the US role in promoting democracy around the world, but why does it seem that the US government only recognizes elections as free and fair when the US-favored candidate wins?” asked Paul, who challenged Obama in both the 2004 and 2008 US presidential elections.

“There is much to disappoint in Obama’s big foreign policy speech. It represents a continuation of the policy of ‘do what we say and we will subsidize you, disobey us and we will bomb you.’ That approach is a failure, but the neocons who back it show no sign of falling out of favor,” added Paul.

The former congressman’s latest remarks come on the heels of other recent editorials that have challenged the Obama administration’s handling of foreign affairs. In an op-ed published in March, Paul said that White House-endorsed efforts launched as “democracy spreading” endeavors have instead simply support regime changes beneficial to the White House.

“It isn’t democracy to send in the NGOs to re-write laws and the constitution in places like Ukraine. It is none of our business,” he wrote.

“Why does the US care which flag will be hoisted on a small piece of land thousands of miles away?” he asked earlier amid the crisis in Crimea. “Where were these people when an election held in an Iraq occupied by US troops was called a ‘triumph of democracy’?” he asked.