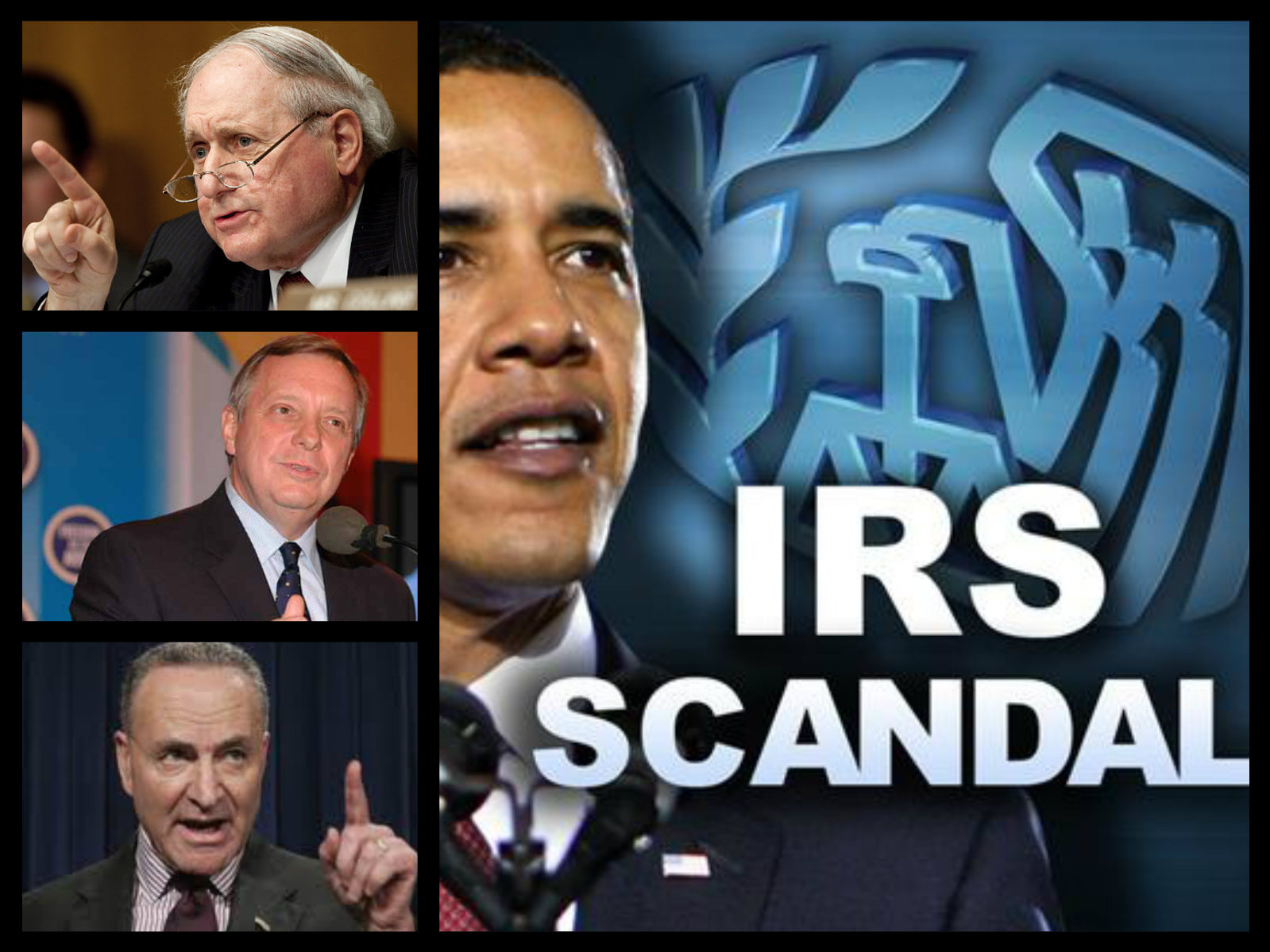 Much has been made, and rightly so, about the Obama administration’s targeting of Conservatives and Tea Party groups. There is no doubt that with the information that has come out that the White House and the Internal Revenue Service were orchestrating the targeting of conservative groups. However, now the Center for Competitive Politics has filed a complaint, which claims that Senator Chuck Schumer (D-NY) along with other Democrat senators sought to deny the free speech of their political opponents by using the IRS.

Bradley A. Smith and David Keating at the Wall Street Journal report:

On Monday the Center for Competitive Politics filed a complaint with the Senate Select Committee on Ethics against nine U.S. senators: for interfering with IRS tax proceedings; for misusing official resources for campaign purposes; and for improper conduct that reflects poorly upon the Senate. Attempting to use the IRS to advance a partisan, electoral agenda is a fundamental assault on good government. We believe these elected officials have staged such an assault.

The complaint documents how the senators improperly interfered with IRS adjudications to further their party’s electoral prospects. They pressured the IRS to undertake income-tax investigations of specific organizations, to find that specific organizations were in violation of the law, to reach predetermined results pertaining to pending applications by individual organizations for nonprofit status, and to adopt specific regulatory interpretations and policies to further their campaign goals.

So, the issue of whether or not the attacks upon Tea Party groups and conservatives by the IRS originated with the White House may not necessarily be true, but actually originated in a Democrat controlled Senate by Democrat senators, namely Chuck Schumer.

The Journal went on to add:

Just days after the final defeat of the Disclose Act in October 2010, Sen. Richard Durbin (D., Ill.)—another senator in our complaint—wrote to IRS Commissioner Douglas Shulman on his official letterhead to demand that the IRS “quickly examine the tax status of Crossroads GPS,” a major conservative nonprofit.

Mr. Durbin accused Crossroads GPS of breaking the law. He later admitted to Chris Wallace on Fox News that he sought the investigation because “they were boastful about how much money they were going to raise and beat Democrats with.”

Pressure on the IRS increased after the 2010 midterm Republican landslide. Mr. Schumer stated in one speech, “It’s clear we’re not going to pass anything legislatively,” due to “Republican control” of the House. “But there are many things that can be done by the IRS . . . and we have to redouble our efforts. We have not worked hard enough on this.” In a letter to the IRS on March 12, 2012, Mr. Schumer urged the service to investigate various groups identified through reference to news articles.

Michigan Sen. Carl Levin wrote at least seven letters to the IRS, and demanded that it investigate specific nonprofits. The IRS’s failure to launch these investigations, he wrote in one, was “unacceptable.” Mr. Levin also sought confidential nonprofit tax return information from the IRS, even after being warned, repeatedly, by IRS Deputy Commissioner for Services and Enforcement Steven T. Miller, that such information could not be legally divulged.

Understand that Democrats had attempted to silence their opposition through legislation. When that didn’t work, they started interfering in another branch of government to get them to do their bidding. While they can question those agencies, they are definitely violating ethics by attempting to impose themselves in the middle of tax exemption status of American groups, be they conservative or liberal. But according to the complaint, they were not just imposing themselves, they were actually calling for investigations and seeking to prosecute conservative organizations.

And why, you may ask. All because one side was claiming to raise a lot of money, and in politics, money is free speech. If you have money, you can buy more air time, radio time, and newspaper and internet ads.

In May, we reported that documents obtained by Judicial Watch through the Freedom of Information Act indicated that the White House was intimately involved in the IRS targeting. We also know that the former head of the IRS, Lois Lerner, knew of the targeting at least as far back as 2011, maybe even earlier, and that emails have suggested that Lerner and a Federal Election Commission attorney conspired to target conservative groups. Emails also reveal that the collusion even went on between Lerner and Eric Holder’s Justice Department to jail the political opponents of Barack Obama. My, what a tangled web we weave!

This isn’t policy friends. This is criminal activity. It’s tyranny.

Will those who claim the mantel of “investigative journalists” do their jobs and seek out the truth in this matter, or will they continue to go quietly along with this administration and members of Congress that are so corrupt that they turn on their fellow citizens and those they represent, all for political gain?