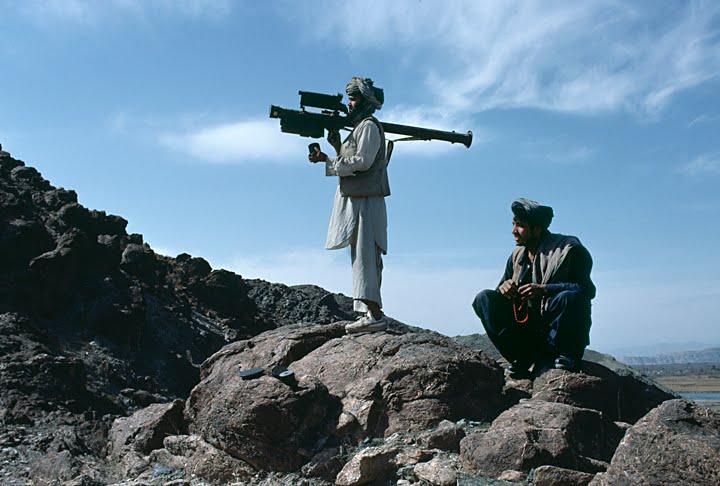 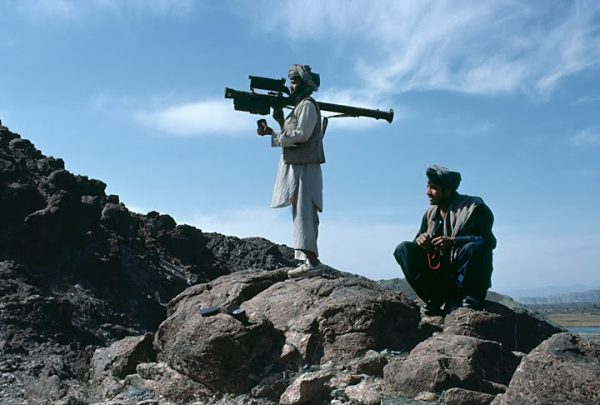 Last year we reported on the fact that the late ambassador to Libya, Chris Stevens was involved in a buyback of US made Stinger missile from Al-Qaeda. We also know that 20,000 missiles were reported stolen in 2011, following the overthrow of Muammar Gadhaffi, and at least 400 surface-to-air missiles were stolen in Benghazi. So how are these weapons now ending up in the hands of our enemy, the Taliban, and being used against our own troops? You need look no further than the criminal in the White House, Barack Hussein Obama, to determine that his policies have provided America’s enemies with our own weapons to attack us.

Kenneth R. Timmerman, author of Dark Forces: The Truth About What Happened in Benghazi, writes at the New York Post:

The Obama administration isn’t only giving the Taliban back its commanders — it’s giving them weapons.

Military records and sources reveal that on July 25, 2012, Taliban fighters in Kunar province successfully targeted a US Army CH-47 helicopter with a new generation Stinger missile.

They thought they had a surefire kill. But instead of bursting into flames, the Chinook just disappeared into the darkness as the American pilot recovered control of the aircraft and brought it to the ground in a hard landing.

The assault team jumped out the open doors and ran clear in case it exploded. Less than 30 seconds later, the Taliban gunner and his comrade erupted into flames as an American gunship overhead locked onto their position and opened fire.

The next day, an explosive ordnance disposal team arrived to pick through the wreckage and found unexploded pieces of a missile casing that could only belong to a Stinger missile.

Lodged in the right nacelle, they found one fragment that contained an entire serial number.

The investigation took time. Arms were twisted, noses put out of joint. But when the results came back, they were stunning: The Stinger tracked back to a lot that had been signed out by the CIA recently, not during the anti-Soviet jihad.

Reports of the Stinger reached the highest echelons of the US command in Afghanistan and became a source of intense speculation, but no action.

Now consider that another Chinook was actually shot down and nearly 3 dozen of our best elite troops were killed in Afghanistan. Extortion 17 is still being kept under wraps and attempts to get to the bottom of what took place and why, even with a congressional hearing have been nothing more than political theatrics.

This information comes on the heels of the trade of five top Taliban leaders, one of which has already admitted that he will continue jihad against US troops, for an American deserter. However, there is more to this story.

As Timmerman went on to explain, according to his sources in the US Special Operations community the Chinook referenced above was taken down with a Stinger missile from the exact same lot that the CIA turned over to Qatar in 2011. Keep in mind that these weapons were intended by then Secretary of State Hillary Clinton to be used by forces that were seeking to overthrow Gadhaffi in Libya. And no one can say they didn’t know, because the Obama administration oversaw the arms shipments to Al-Qaeda.

Think about that when you consider her running for president in 2016 and when Republicans like Lindsey Graham and John McCain tell us to fund these same jihadists in the fight to overthrow Bashar al-Assad in Syria.

According to Timmerman’s sources, they believe Qatar (yes, the same country we just sent Taliban leaders to, who are freely walking the streets there now, and funding multi-million dollar mosques in America) delivered between 50 and 60 Stingers to the Taliban near the first of 2012 and later 200 SA-24 Igla-S surface-to-air missiles.

Freedom Outpost’s John DeMayo wrote about the Qatar connection back in January.

Qatar is responsible (with US blessings) for arming Al Qaeda terrorists and the overthrow and execution of Libyan ruler Muammar Gadhaffi. These same Al Qaeda affiliates—designated as terrorist groups by the US Department of State—are also responsible for the attack on the US Consulate in Benghazi and the murder of four Americans. The Obama Administration and US Congressional leaders not only knew about it, but authorized a substantial team of CIA personnel to monitor it. Click here to learn about Foreign policy roles of the President and Congress. Now they are glossing it over with 21st century dog and pony shows like Darrell Issa’s never ending Benghazi hearings.

Obama Inc. keeps insisting that Qatar could be trusted when it was already concluded by the 9/11 Commission that the Islamist tyranny had ties to the attack on the United States.

Since then Qatar has become so out of control in its backing of Jihadists that it has been disavowed by Saudi Arabia and the UAE, but that just made Obama embrace it even harder.

Consider this. Obama is hugging a regime that the Saudis think is too extreme. That’s how bad things are.

I’d say Daniel is right on the money.