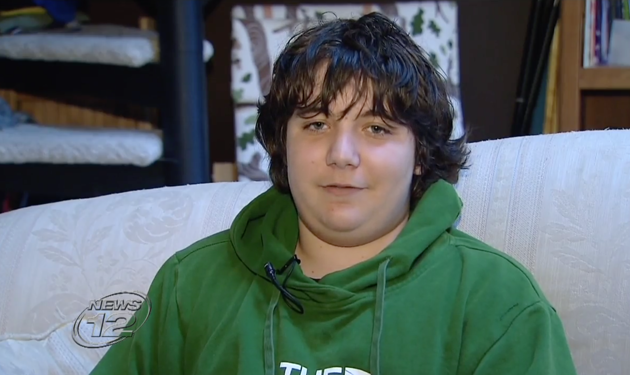 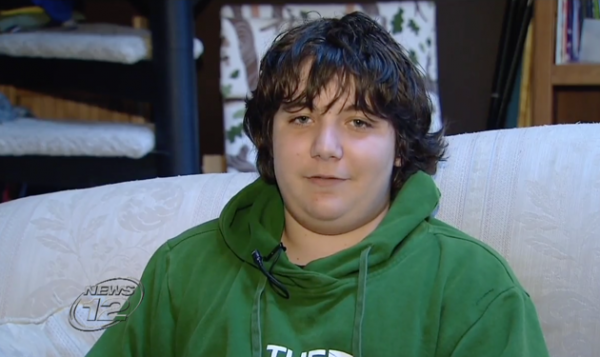 Somewhere in New Jersey there are some CPS (Child Protective Services) workers who are seeking to justify their existence.

This is one of the many sins of big government.

Big government is, by its very nature, a mandate to infringe upon the rights of citizens. After all, millions of government workers must have something to do. Normally that does not result in anything positive.

Here is the latest example.

You might remember the story of Ethan Chaplin. He is the young man who received a suspension from school for “twirling a pencil” like a gun earlier this year. Lily Dane reported on the incident back in April:

Ethan Chaplin was twirling a pencil with a pen cap on it when a fellow student yelled, “He’s making gun motions – send him to juvie!”

The student who made the accusation had bullied Ethan earlier in the day and was trying to get him in trouble, Ethan says. He said the school administrators wouldn’t hear his side of the story.

Ethan was suspended and told he could not return to school until a complete physical and psychological examination was conducted.

Here is a short video that went with Lily’s report:

Ethan’s story received lots of national press and seemed to be over. The school backed off and subsequently claimed that Ethan did nothing wrong.

It would seem that the Chaplin family could put the incident behind them and concentrate on enjoying their summer.

CPS has stepped in and somehow a pencil twirling incident has evolved into the potential of a termination of parenting rights and putting Ethan up for adoption. The initial CPS claim, received via a letter, of abuse/neglect was that because Ethan’s Father, Michael Chaplin, did not take him for the mental evaluation that he was not doing his job as a parent.

After the incident was dropped I am sure that Michael Chaplin felt safe in presuming that the evaluation was no longer required.

Nonetheless, after receiving the CPS letter, the Chaplins played along and no behavioral issues were found. But evidently that is not enough for CPS.

A 13-year-old boy was the most famous kid in school for a few weeks. A simple pencil-twirling incident landed Ethan Chaplin in hot water with his school, which threatened to suspend him after a classmate claimed he was spinning the writing utensil like a gun. After media attention from PIX11 and around the world, school officials backed off — but child protection agencies did not.

On the heels of the Monika Wesolowski story in Virginia we should not be shocked at anything CPS does. Look for things to get worse and understand that it will happen in your state as well. One of the many barely discussed features of Obamacare, which our elected representatives clearly did not read, is an increased role of CPS in separating kids from their parents.

It is all about money in the form of grants and bonuses.

What has become of our America?

Can a kid twirl a pencil and end up as a ward of the state?