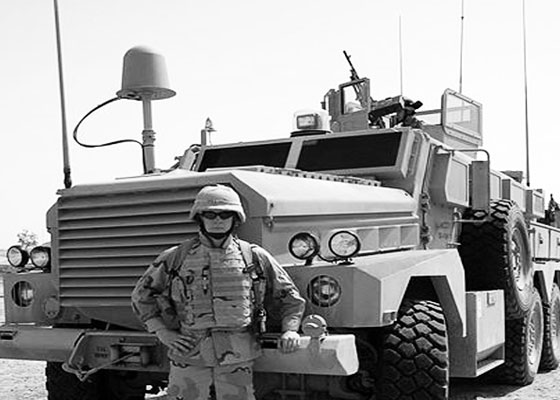 In a recent article posted on Army Times, an Indiana sheriff justified his department’s purchase of a discount mine-resistant ambush-protected (MRAP) military vehicle because, “The United States of America has become a war zone.”

Pulaski County Sheriff Michael Gayer, who along with 7 other law enforcement agencies across Indiana recently acquired MRAPs from the Department of Defense’s 1033 military surplus program, went on to say, “You are seeing police departments going to a semi-military format because of the threats we have to counteract,” and “It’s a lot more intimidating than a Dodge.”

The whole of Pulaski County, it should be noted, has a total population of less than 14,000 people.

The MRAP is a $700,000, 60,000-pound, heavily armored bulletproof monster with a gunner’s turret originally designed for war in Iraqi battlefields. Now local law enforcement agencies across the country are getting them for next-to-nothing (or even free in some cases) to “police” American streets.

To give you an idea, here’s a small smattering of other departments that have received an MRAP thus far:

Most every state in the nation has at least one MRAP, many have more. Many receiving towns have less than 30,000 people and far below average crime rates that hardly justify or necessitate the need of a tank.

According to The New York Times, 432 MRAPs have been doled out to departments thus far. (At least the turrets get removed.) The Pentagon reportedly plans to offload some 13,000 MRAPs. In addition to MRAPs, over $4 billion in surplus military equipment has also been handed over to U.S. law enforcement agencies through the Pentagon program. 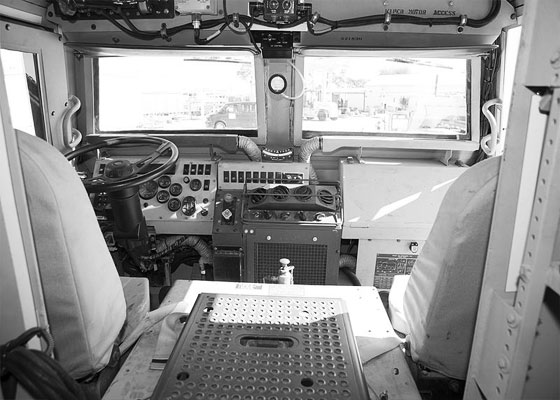 Article after article has pointed out that many of these police departments do not even have protocol in place to define under exactly what circumstances the MRAP can and should be deployed.

In Lewisburg, Tennessee, the MRAP was rolled through a neighborhood to serve a warrant on someone considered a violent suspect, for example.

Other justifications? Our veterans:

“You have a lot of people who are coming out of the military that have the ability and knowledge to build I.E.D.’s and to defeat law enforcement techniques,” Sgt. Dan Downing of the Morgan County Sheriff’s Department told the local Fox affiliate, referring to improvised explosive devices, or homemade bombs. (source)

It’s been noted that the MRAP intimidation factor might lend to departments finding more and more reasons to use them on American Streets in the future, leading to even further militarization of our nation’s police (on top of what $35 billion in Department of Homeland Security grants to fight “terrorism” has already accomplished in that regard).

In addition, The Rise of the Warrior Cop author Radley Balko says that those Homeland Security grants have also created a new industry where military contractors market themselves to police departments — furthering the cycle of police militarization:

“A new industry appears to be emerging just to convert those grants into battle-grade gear,” Balko wrote. “That means we’ll soon have powerful private interests, funded by government grants, who will lobby for more government grants to pay for further militarization — a police industrial complex.” [emphasis added] (source)

Once a town gets a SWAT team, Balko has noted that of course they want to find reasons to use it. One hundred to 150 SWAT raids occur in this country each day now.

More than 90% of towns with 50,000 people or more have SWAT teams in America — teams which look more like military units going to battle than police officers fighting city crime — and they are being deployed more and more, sometimes for seemingly ridiculous reasons. In Florida for example, The New York Times reports that SWAT-style teams have been used to raid barbershops, resulting only in charges of “barbering without a license” (wooooo).

So if America is a “war zone,” does that mean our police departments are going to war? Because they’re certainly gearing up for it.