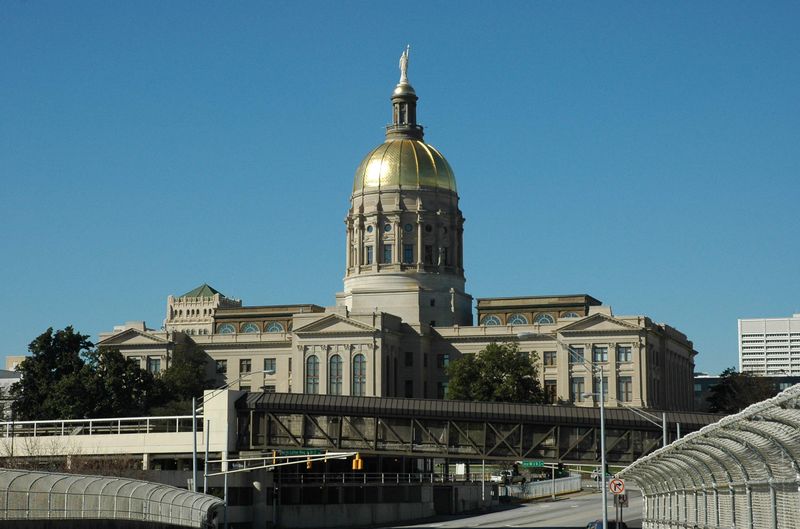 You’re probably thinking that inflationary devaluation of your savings or paying negative interest rates on cash deposits is about as far as government is willing to go in its efforts to keep funding its debt-laden endeavors. They certainly wouldn’t consider touching the bank accounts of hard working Americans. Only the Europeans have the audacity to go after the savings of the average depositor.

Well, the Europeans and apparently now the Georgians, too. And we’re not talking about the western backed country that went to war with Russia in recent years.

We’re talking about the U.S. state that claims “Wisdom, Justice, Moderation” as its motto.

According to Simon Black at Sovereign Man, the State of Georgia has taken the unprecedented step of lowering the threshold on inactive or dormant bank accounts to just twelve months. What that means to average Georgians is that if you fail to utilize your account within one year your deposited funds will be confiscated by the state.

Though all 50 states have regulations pertaining to dormant bank accounts, Black says that Georgia takes the grand prize in how swiftly they’re prepared to go after your money.

Georgia’s Disposition of Unclaimed Properties Act sets the threshold as low as one year.

In other words, if you have a checking account in Georgia that you haven’t touched in twelve months, the state government is going to grab it.

So much for setting aside money for a rainy day and having the discipline to never touch it.

If you’ve locked away money for your children’s savings or unforeseen emergencies, your government might be sharpening its knives ready to dig in.

And just like central bank policies punish savers with interest rates that don’t come close to keeping up with inflation, these policies provide disincentives for people to be responsible and save money.

It’s just another example of how the entire system is rigged against the individual… and all the more reason to divorce oneself from it. Physical gold, anyone?

In 2013 Australia passed similar legislation, but their threshold was set at three years.

“In the last 12-months since the legislation was passed,” says Simon Black, “the Australian government has seized a whopping 80,000 accounts totaling A$360 million.” The implications of the new law are staggering. In that single year Australia confiscated more money than in the previous five decades combined.

Governments on the local, state and federal level are getting desperate amid underfunded retirement plans and bloated budgets. Going forward they’ll have no choice but to get more and more creative at how they “generate” revenue.

We hope you’re keeping an eye on that IRA. You haven’t really touched that for twelve months either, have you? Congress has already held hearings on whether or not reappropriate retirement savings and pool them into a government run investment fund. You know, kind of like Obamacare.

Or how about that parcel of land you own out on the countryside for weekend camping trips and hunting? You haven’t been out there for a while, nor have you really built anything on it, which must mean you’re not using it anymore…

There is historical evidence that suggests that government, when left with no way to pay for their massive budgets and spending, will resort to extraordinary methods to ensure the money keeps coming in to State coffers.

As the Roman empire was collapsing, because of unfunded pension liabilities for its military, the government devalued its currency by removing 90% of the silver content from its coins. Roosevelt confiscated gold during the Great Depression and imposed stiff penalties for those who didn’t comply. Struggling to keep up with its massive budget deficits, last year France passed their “millionaire tax,” which authorized the government to levy a 75% tax on companies that pay out more than €1 million in salaries.

Devising innovative ways to separate the citizenry from its money is business as usual within legislative institutions.

Georgians who haven’t touched their accounts since last year should either withdraw their money or, as government officials and banks would prefer, go spend it on something and put that cash to work. Otherwise you face the real possibility of having those assets seized.

As for the residents of the other forty-nine states, keep an eye on what your respective state legislators are doing.

Chances are a lot of light bulbs in Capital cities around the country just popped on.