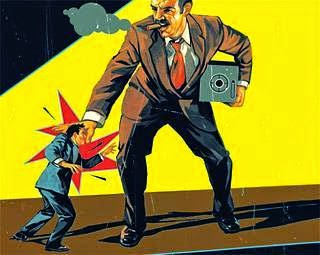 Governments, by definition, are violent institutions.  And taxation, by definition, is theft.  These are blatant facts to all but the most indoctrinated and brainwashed.  However, governments worldwide are ramping up all manner of other thefts by almost any means necessary. Cyprus made headlines with what was called a “bank bail-in” in 2013 and Ireland, Hungary, Bulgaria, Poland and Italy have all stolen funds from retirement accounts. The European Union has even said that it reserves the right to steal directly from European savers in the form of negative interest rates. All of this has been perfectly predictable in the march to The End Of The Monetary System As We Know It (TEOTMSAWKI).

In 2014 the Australian federal government has seized a record $360 million from bank accounts that have sat untouched for only three years, putting the concept of “savings” into new light. Some of the accounts were worth millions.

Some are outraged as pensioners and retirees have lost deposits for which they’ve worked so hard. According to the Australian Security and Investments Commission (ASIC), the $360 million came from 80,000 “inactive” accounts in 2014 through May under new rules introduced by the Labor party. 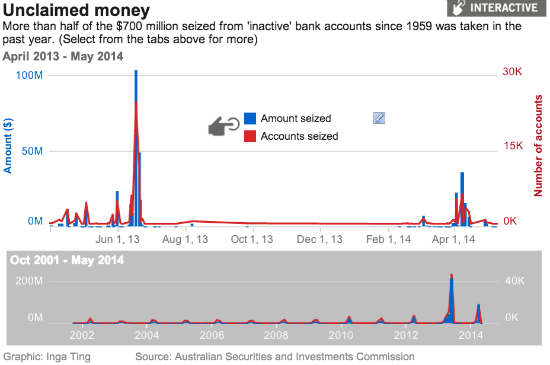 “We have grandparents who put money aside for their grandkids’ future and farmers who have set aside money for a rainy day, but it was transferred to the government,” Mr Munchenberg told Fairfax Media.

Australia is not the only nation beset by an out of control mafia (government), as we cover here daily in The Dollar Vigilante Blog.

In Belgium at the beginning of the month thousands of savers saw their accounts shaved by the government. An excerpt from a Belgian newspaper reads:

Because of a new taxation on investment funds the government introduced recently, tens of thousands Savers saw money disappear from their bank accounts yesterday. Years ago, they bought a certain type of investment fund because the capital gains on these type of funds were taxfree. But the government changed this rule and introduced a tax on these funds, with retrospective effect to July 1, 2008, last summer. Only now, BNP paribas has programmed their computers to make the automatic collection of these taxes possible. Test-aankoop(magazine that safeguards & reviews consumer rights) already received hundreds of complaints.” 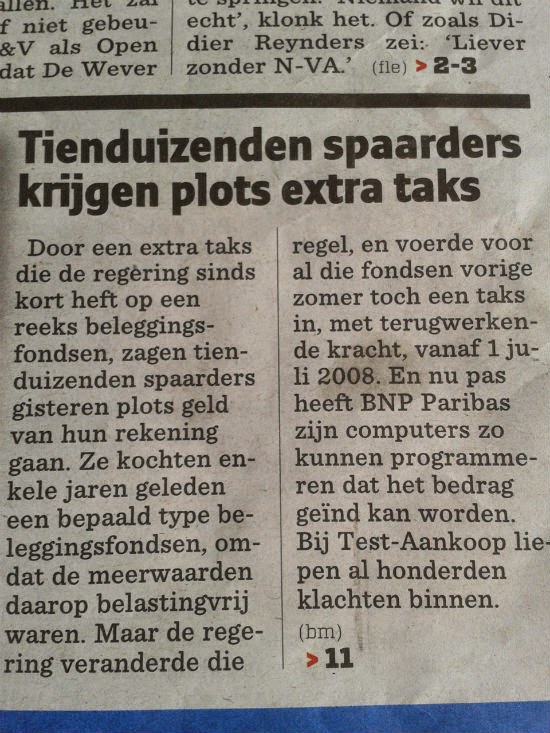 Basically, customers of BNP Paribal Fortis who bought the fund “Fortis B FIX 160 Equity” for 1,000 euro in 2005 thought they were buying a tax-free investment. But the rules changed. The government said holders of the funds from 2008-2013 made 189 euro, and so they had to be taxed for €30 a piece. The tax was automatically subtracted from the bank accounts of customers, without their consent.

Many people, however, say they never even made a gain on the fund.

Remember the old saying, “put your money away and forget about it.” Well, don’t do that!

Cash-strapped governments all over the world are doing everything they can to push the default-can farther down the road and they have not shied away from stealing money directly from their own tax slaves. These recent events only underscore the truth that your money is not safe in the western markets and is prone to being stolen at any moment. The stories are too numerous too ignore. If your funds are in bank accounts in countries with bankrupt governments you have to make a change today, before it is too late. By opening up an offshore account and incorporating outside of the western world, you could be saving yourself from the ultimate nightmare: waking up to find your savings stolen by an egregious, dangerous government.

And, even that is not being safe enough.  A wise person would have a significant amount of their assets in hard assets that can not be counterfeited into worthlessness by central banks or stolen by thieving governments including precious metals and foreign real estate.

And if you haven’t looked into bitcoin as a means to hold some of your funds outside of the statist financial system, with the ability to transfer anytime, anywhere, for free around the world sans government pirating, now’s the time. The Dollar Vigilante (TDV) newsletter covers all these issues and how to internationalize your assets on a regular basis.

Instead of wondering if you’ll be the next victim, take the measures you must in order to survive and prosper after the savings account is no more.

Have any questions or comments? Join us over at The Dollar Vigilante today!

Anarcho-Capitalist. Libertarian. Freedom fighter against mankind’s two biggest enemies, the State and the Central Banks. Jeff Berwick is the founder of The Dollar Vigilante, CEO of TDV Media & Services and host of the popular video podcast, Anarchast. Jeff is a prominent speaker at many of the world’s freedom, investment and gold conferences as well as regularly in the media including CNBC, CNN and Fox Business.