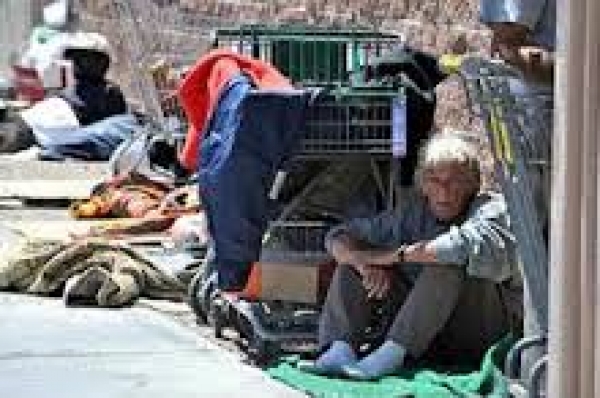 The famous singer, Kenny Rogers, used to sing to his audiences that “you had to know when to hold’em and know when to fold’em”. Holding to this philosophical notion, your children will be faced with the dilemma of deciding when it would be best to fold’em and leave the country for greener pastures because economic opportunity in the United States is evaporating with over half of America approaching third world living conditions.

The American Middle Class Is An Endangered Species

Although the United States is still one of the top of wealthiest nations, the Credit Suisse Global Wealth Report notes that the middle class in the U.S. ranks only 19th in global median wealth. Even the globalist-serving CNN states that the middle class home ownership rates in Europe are far higher than they are in the United States. The U.S. middle class is falling behind in every major economic indicator, according to this new report.

The average American wage was $56,080 at the end of the 20th century. Only twelve years later, it had slipped to $51,017. The average American’s net worth is an impressive $301,000. Only Switzerland, Norway and Australia have average net income rates higher than the United States. However, the middle class is not sharing in the prosperity as the average United States middle-class person is only worth about $44,000. Less than half of Americans can afford to own a home. Over a third of all American workers make more than $20 per hour. This is called wealth redistribution and your children have had their economic future mortgaged through the scheme known as wealth redistribution. Where is the money going? According to the report, America has 42% of the world’s millionaires.

As bleak as the Credit Suisse Report may be, it only tells part of the story.

It Does Not Even Pay to Go to Work

Wayne Emmerich found that the family breadwinner who works only one week a month at minimum wage makes 92% as much as the breadwinner  grossing $60,000 a year. Welcome to the world of welfare!

Emmerich’s stats demonstrate that by working only one week a month on can save a lot of money in child care expense. But topping the list is Medicaid, which is accessible to minimum wage earners and the program has very low deductibles and co-pays. In short, by working only one week a month at a minimum wage job, a minimum wage earner is able to get total medical coverage for next to nothing courtesy of you and me, as we are the only people left who are seemingly paying taxes. 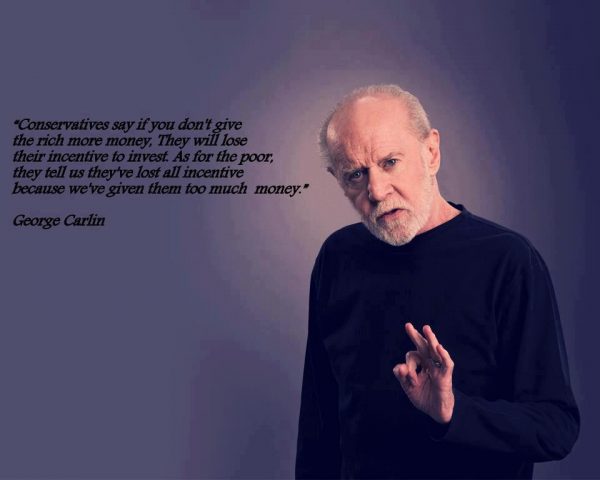 The middle class is not as lucky as the $60,000 breadwinner pays out approximately $12,000 per year in health insurance costs with an additional $4,500 in co-pays. And if anyone in the part-time minimum wage earning family is disabled, SSI pays out an additional $8,088 per year. When one begins to calculate the expenses incurred by a typical breadwinner making $60,000 per year, compared to the part time minimum wage worker, coupled with minimum wage earners tax supported federal bailouts for these freeloaders, the poor have more discretionary income than those who pay the taxes that run the country! And if the part time minimum wage worker is willing to cheat and participate in the underground economy, they will have significantly more discretionary income than their hard-working $60,000 per year counterpart who actually works for a living. In short, if you are a full-time employee making above minimum wage, you are paying for your own economic demise. The numbers here suggest that we’d be better off staying home and living off of the labors of what’s left of the middle class.

At this point in time, about half of all recent college graduates are working at job that do not even require a college degree. The number of Americans in the 16 to 29 year old age bracket with a job declined by 18 percent between 2000 and 2010. Incomes for U.S. households led by someone between the ages of 25 and 34 have fallen by about 12 percent after you adjust for inflation since the year 2000. In the United States today, 317,000 waiters and waitresses have college degrees. One poll discovered that 29 percent of all Americans in the 25 to 34 year old age bracket are still living with their parents. Overall, approximately 25 million American adults are living with their parents according to Time Magazine.

No Land of Opportunity Here

America is no longer the land of opportunity as the United States is not even in the top ten. In fact, the United States only ranks 20th in terms of overall gross pay! Young adults who are degreed and/or skilled in fields such as engineering or information technology skills, are really wasting their time by working in the United States. Eight of the world’s ten highest-paying countries for information technology (IT) managers are in Western Europe, according to a new survey by Mercer Human Resource Consulting. The survey found that Swiss managers are paid the most, followed by those in Germany and Denmark. In fact, IT management is another field where U.S. workers fail to crack the top ten in income, the United States ranks 14th in IT management compensation. Even debt ridden Spain, and the downtrodden countries of Italy and Greece pay their IT managers more than what Americans earn on average.

In short, for most industrious Americans, it no longer pays to go to work. This system is catapulting our country towards an economic Armageddon.

Welfare pays and pays well, until the government turns off the faucet. Then we will have a revolution inspired by the 150 million Americans who can longer support themselves. We have all speculated on how a revolution will begin, well now you know why the foreign mercenaries are training on our soil and the fact DHS has acquired 2.2 billion rounds of ammunition and 2700 armored personnel carriers, every federal agency is arming to the teeth and the police are being militarized by DHS. They are waiting for the proverbial excrement to hit the fan. What do you think Obama’s “Myra” account is for? Why are banks installing capital controls which are making it increasingly difficult to get your money out of the banks? They know what’s coming even if you don’t!

Do you remember the scene in the movie Hunger Games in which it was illegal to hunt your own food? In Mesa, Arizona, the city government is trying to make it illegal to grow your own food by adopting several Agenda 21 mandates. The Mesa city government has tried to pass this law a total of three times! Now what does the movie Hunger Games and Mesa, Arizona have in common? Both scenarios demonstrate why the government demands total dependence. For this reason, if Obama had his way, we would all be on welfare.

The bankster controlled government wants to control you through the control of food. The banksters are also buying up and privatizing water supplies. Look at what’s happening in places like Venezuela with water, this is our future! And when they decide to begin to depopulate through thirst and starvation, followed by the inevitable and subsequent revolution, most of you and yours will be exterminated on their terms.

The vast majority of us are living on borrowed time. Our children will not be able to escape their ultimate fate, but by relocating, they can delay the inevitable, for a short while.