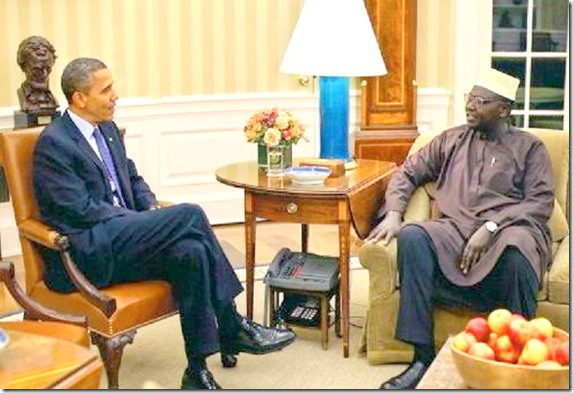 Was there any email correspondence between the White House and former IRS Tax Exempt Director Lois Lerner relative to Malik Obama’s Barack H. Obama Foundation (BHOF)? If so, when would it have taken place? Could it have been any time between January 2009 – April of 2011? The reason that should be of interest is that as of yesterday, the White House has suddenly proclaimed that all emails between Lerner and the White House during that time frame have been lost due to a computer crash.

To clarify, it is obviously not known if there was any correspondence between Lerner and the White House about BHOF. On one level, it’s immaterial. The chairmen of the two House Committees that are investigating the IRS scandal already (Ways and Means and Oversight) have plenty of information on Malik Obama’s tax exempt status and dealings to introduce it into the investigation but have chosen not to do so. We know because Shoebat.com gave it to them months ago.

Shoebat.com has chronicled the details at length and they are very explosive truths. They involve Malik getting illegal tax exempt status from Lerner as well as his dealings with a State Sponsor of Terrorism.

Nonetheless, consider the time frame of these lost emails.

Prior to early May of 2011, the IRS and the Obama administration could have been a bit more careless with digital correspondence about Malik Obama’s foundation. However, on May 8th of that year, the National Legal and Policy Center (NLPC) called on the IRS to investigate Malik’s Foundation after visiting the address listed for BHOF on May 6th, only to find a commercial mail drop facility. In the days that followed, Eric Bolling of Fox Business Network picked up on the story. Any email correspondence about Malik – if there had been any – quite likely would have dried up.

Here is Bolling’s interview with NLPC President Ken Boehm in early May of 2011, after NLPC made its complaint:

It is clear that the IRS suddenly went into hyperactive mode with respect to dotting “i’s” and crossing “t’s” almost immediately after NLPC’s complaint. Malik’s tax exempt status was fast tracked and illegally backdated.

On June 26, 2011 Malik’s Barack H. Obama Foundation (BHOF) was awarded tax exempt status; Lerner’s signature is at the bottom of the approval letter.

Possibly an indication of just how covert the approval process needed to be is the fact that June 26, 2011 was ON A SUNDAY!

So far, despite House Ways and Means Committee member Mike Kelly (R-PA) admitting last year that the explosive charges against Lerner and the President’s brother are “spot on”, neither Kelly’s committee nor the House Oversight Committee has pursued this damning trail of evidence. Here is Kelly acknowledging the legitimacy of the scandal last year on a radio town hall in his District, as relayed by Shoebat.com: