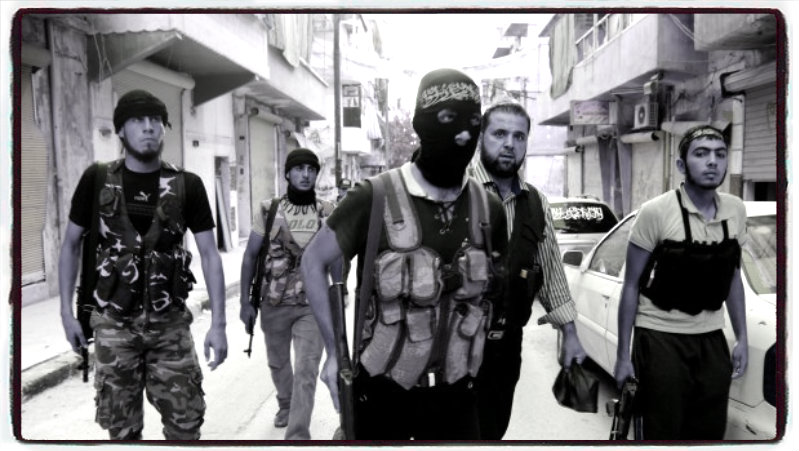 Iraq is rapidly spiraling into anarchy and civil war.

In the face of rapid territorial takeovers by the Al Qaeda-affiliated ISIS (Islamic State of Iraq and Syria) militants, Iraq’s senior Shiite Muslim cleric is taking matters into his own hands.

On Friday, June 13, 2014, the cleric issued a decree, calling on every able-bodied Shiite man to go to war against the Sunni ISIS. Thousands of Shiite Iraqis — many with militia experience from the 2006-2008 Sunni-Shiite sectarian war that killed thousands — are flooding the cities of Baghdad, Najaf and Karbala to enlist in organized battle units.

Oil industry analysts are warning the turmoil in Iraq could reduce the flow of Iraqi crude and  send gas prices soaring in the United States. Already, the price of crude oil has shot up to $107 per barrel – the highest in 10 months. Oil industry analyst Phill Flynn said if Baghdad falls to ISIS, “the price you’re paying at the pump today is gonna look like a bargain in a couple weeks.”

On Friday, June 13, as he departed for a long weekend in California of golf and political fundraising, President Obama said the U.S. will not send troops but America will “do our part” to help Iraq, whatever that means. The next day, U.S. Defense Secretary Chuck Hagel ordered an aircraft carrier moved into the Persian Gulf, readying it in case CIC Obama decides to pursue “a military option.”

Yesterday (Sunday), June 15, USA Today reported that as deadly explosions rocked Baghdad, “some” staff from the U.S. embassy in Baghdad are being evacuated and security beefed up.

Meanwhile, the ISIS claims it has massacred 1,700 Iraqi soldiers. Photos (see below) posted on a militant website show masked ISIS fighters loading captives onto flatbed trucks before forcing them to lie face-down in a shallow ditch with their arms tied behind their backs. The bodies of the captives are then shown, soaked in blood after being shot. The authenticity of the photos have been confirmed by Iraq’s top military spokesman, Lt. Gen. Qassim al-Moussawi.

To further complicate matters, neighboring Iran has sent 2,000 advance troops to Iraq. Tehran even hinted that Iran is prepared to cooperate with the “Great Satan” U.S. to support the beleaguered Iraqi government.

So who are the ISIS?

Formed in the early years of the Iraq War in 2004 as Jama’at al-Tawhid wal-Jihad or The Organization of Monotheism and Jihad (JTJ), the group went through at least four name changes before it adopted its present name on April 9, 2013, after it had expanded into Syria.

For the sake of convenience, in this post, the group will be referred to as ISIS, even its pre-2013 versions.

When it was first founded in 2004, ISIS had pledged allegiance to al-Qaeda when the group’s then leader Abu Musab al-Zarqawi swore loyalty to Osama bin Laden. In February 2014, however, after an 8-month power struggle, al-Qaeda cut all ties with ISIS.

ISIS is animated by the beliefs of Wahhabism, the same radical offshoot branch of Sunni Islam as al-Qaeda’s. Wahhabism aims to return to what adherents believe to be the earliest fundamental Islamic sources of the Quran and Hadith (Muhammad’s teachings and deeds), with inspiration from the teachings of Medieval theologian Ibn Taymiyyah and early jurist Ahmad ibn Hanbal.

In 2004, the U.S. State Department classified ISIS – under its former name of Al Qaeda in Iraq — as a terrorist organization. In July, 2013, the European Parliament identified the Wahhabi movement as the source of global terrorism and a threat to Muslim cultures across the whole world.

The goal of ISIS is to install a “pure” (i.e., Wahhabi) caliphate or pan-Islamic state, led by a supreme religious and political leader, the caliph. In other words, ISIS aims to create an Islamic theocracy, ruled by Sharia law, over a wide swath of land in the Middle East, including Cyprus, Iraq, Israel, Jordan, Lebanon, Syria, Palestine, and part of southern Turkey.

ISIS is led by an ambitious Iraqi militant known by his nom de guerre of Abu Bakr al-Baghdadi with a $10 million U.S. bounty on his head. Incredibly, the United States once had him in custody at a detention facility in Iraq, but Barack Hussein Obama let him go. In 2009, Al Baghdadi was among the prisoners released from the now-closed Camp Bucca near Umm Qasr in Iraq.

These are the only two known photos of Abu Bakr al-Baghdadi. Left photo was taken 5 years ago; right photo is more recent.

On 13 October 2006, ISIS announced the establishment of the Islamic State of Iraq, which claimed authority over Baghdad, Anbar, Diyala, Kirkuk, Salah al-Din, Ninawa and parts of Babel. In 2012, ISIS in Iraq more than doubled the number of its members to about 2,500. Fox News says ISIS commands as many as 10,000 fighters.

Following the 2013 expansion of the group into Syria and the announcement of the Islamic State in Iraq and the Levant, the number of provinces it claimed increased to 16. ISIS in Northern Syria is described by the Syrian Observatory for Human Rights as “the strongest group” in that region. In early June 2014, ISIS began large-scale offensives in Iraq. It has seized control of Tikrit, most of Mosul – the second most populous city in Iraq – and the surrounding Nineveh province, and is advancing on Baghdad, the Iraqi capital.

The funding of ISIS comes from several sources, including: