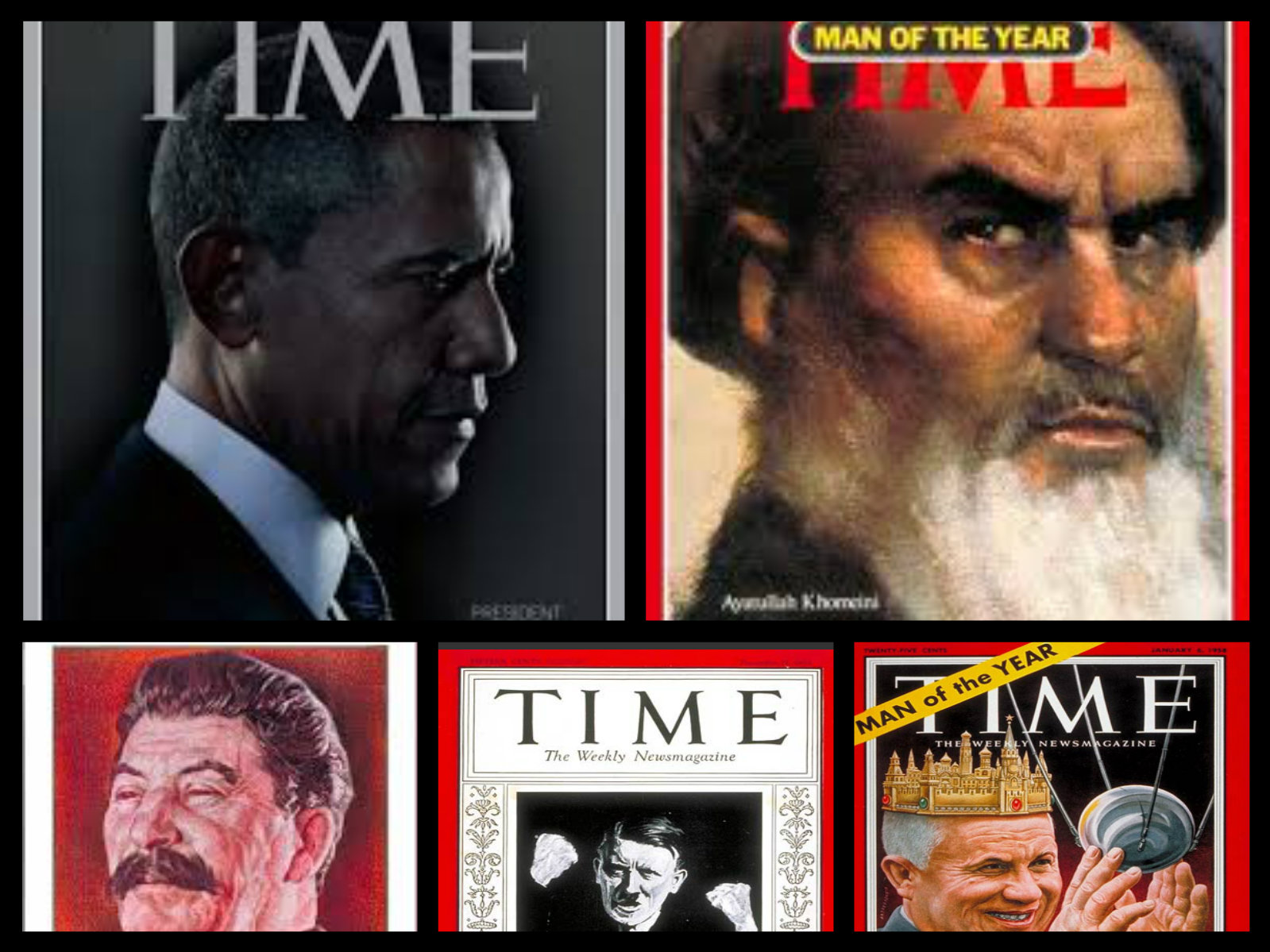 “It has been in every age that it has been the tyrant, the oppressor and the exploiter, who has wrapped himself in the cloak of patriotism, or religion, or both, to deceive and overawe the People.”

Evil men have been, since day one, attempting to deceive the masses into believing that they are good and upright, when the fruit they produce through their works are nothing short of evil and destructive. I want you to see that this method of deceiving the people is still alive and well among those who have not learned from the past – and Time magazine is just the propaganda resource to prove my point.

Time has labeled the following people “Man of the Year”:

Now we come to Barack Hussein Obama, declared Person of the Year by Time in 2008 and 2012. (Time changed the title from Man of the Year to Person of the Year in 1999.) Obama has been the most destructive president in American history. He is known as the most biblically hostile president. He has incessantly attacked the foundations of America. He has attempted to tear down the Constitution and recreate it in his own image. He has been labeled America’s first sodomite president, is a shameless supporter of the murder of children in the womb (even attempting to force private institutions to fund it, Proverbs 6:16-19) and has abused his power in an attempt to strip American citizens of their Second Amendment right to bear arms. Obama without question is following in pursuit of the dictators honored by Time magazine.

And he (Jesus) said unto them, “Ye are they which justify yourselves before men; but God knoweth your hearts: for that which is highly esteemed among men is abomination in the sight of God.” (Luke 16:15)

Video: Study the Past