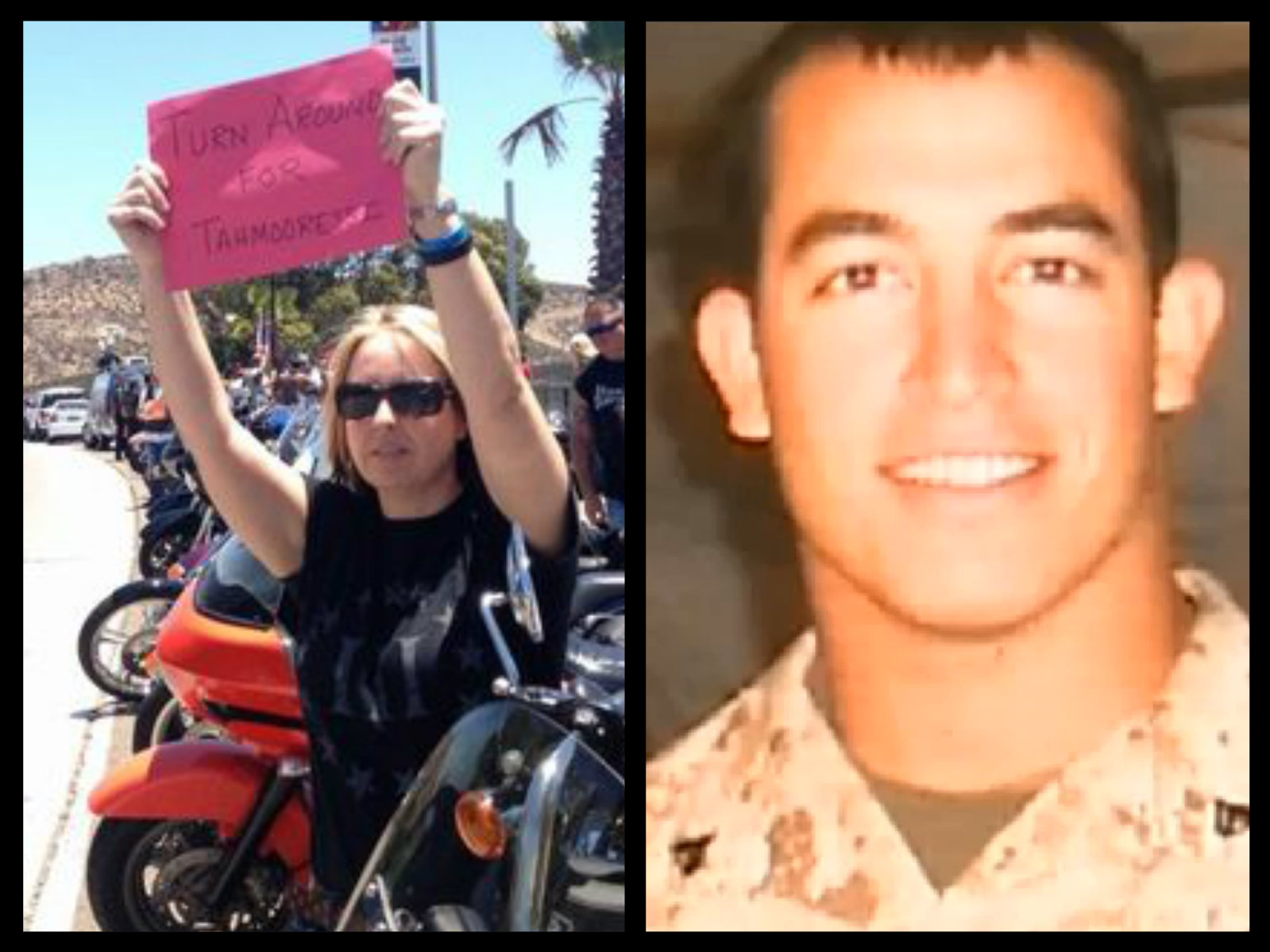 For those who missed the story, late last week word began to circulate that a group of bikers, led by John Harrington of Shield Tactical, were on their way to Mexico to attempt to free Sgt. Andrew Tahmooressi.

Tahmooressi is the Marine who has been held in a Mexican prison since April for accidentally crossing the border with three legally registered firearms. He is being held on weapons trafficking charges.

Here is short recording of his 911 call from April:

Mexican authorities are now claiming that Tahmooressi had entered Mexico on three prior occasions through the same terminal. They obviously do not believe that he mistakenly crossed the border. From the content of the 911 call I tend to believe Tahmooressi. I can not speak for anyone else, but I am guilty of missing my turn before even on roads I was semi-familiar with. It happens.

Make up your own mind about this Marine.

Reports began surfacing on Thursday and Friday of last week that a group of bikers was headed to Mexico to free Tahmooressi. This was obviously not a well-planned operation. I heard reports of a rally in San Diego on Friday but could not determine the exact time and location. Like most publications that ran the story, we were working with limited details.

The good news is that the group is planning a return trip for the July 4th holiday weekend. Hopefully we will all have details, in advance, for that trip. But this one was reported as a light turnout, as should probably have been expected.

I found it very difficult to find any information at all about what was happening in Mexico, but I did find two videos and a report on a Spanish-language website.

This first video has some footage of the bikers and mentions “dozens” were en route:

The second video is from Pete Santilli of Guerilla Media Network. Pete went to Mexico and evidently met with the group at some point this weekend. This video was shot in the early AM hours on Saturday:

I am a big Pete Santilli fan. But this 2 minute rant over his megaphone demanding the release of Andrew Tahmooressi was probably not his best work. Those DHS guys didn’t even have time to finish their donuts before Pete was on his way. Nevertheless he is a great American and emotion can get the best of any of us. I’m just not sure how Pete thought that anything could come from him yelling through a megaphone. It appears to be more for the benefit of the camera than to accomplish anything.  Sorry Pete but that’s how it looks.

The only thing I could find written was on a Spanish-speaking website. Please forgive me because I speak and read only broken Spanish. I had to use Google Translate and this doesn’t appear to be the best translation. The original article, from Saturday, can be found here at www.milenio.com for those who might be able to do better by reading it themselves. Here is the report as translated by Google:

A group of 30 riders arrived at the border today, from different parts of the United States to lead a protest and demand the release of veteran Andrew Tahmooressi, who is being held in a prison in Baja California.

Protesters were located opposite the footbridge steps from the San Ysidro border crossing, where they asked their nationals not to visit Mexico, in protest, with signs saying “back by Tahmooressi”.

Molly Howell, came to San Diego from Florida, and although living in the same city as fighter family said not to know.

He said it is unfair to continue the soldier prisoner, believing he should be extradited to the United States, for trusts that crossed the border in possession of three guns by mistake.

“He is our soldier, and we are here to support our compatriot, and as the U.S. government is not intervening, we want you to know that the American community demanded his release.”

Tahmooressi 25, is being held in the El Hongo prison in Tecate, after being arrested on 31 March, joining Mexico in possession of three firearms.

Keith, heard about the protest through social networks and did not hesitate to participate, they said not understand the reasons why he continues prisoner.

“He’s one of us, made a mistake and now will not let go, while the government is doing nothing,” he said.

“We want our people to know, why change five Taliban general by a single soldier and we can not do anything for the U.S. would not have to give anyone.”

The group said that in coming days could cross over to Tijuana Mexico to protest and demand the release of the soldier.

So according to this report only 30 protesters showed up.

I don’t think we should be overly disappointed with that number. I was until I put it in perspective. Only a handful of alternative media outlets reported this story and, so far as I can tell, none reported the story before the bikers were already on their way. This wasn’t exactly well-planned.

I will provide more updates if I find them, but for now it would appear that July 4th is the target date to go back and try to free Andrew Tahmooressi. Hopefully Harrington, Santilli and Company will give us more information to work with then and we can get more bodies out there. We need more than radio reports. Most people are busy and don’t have time to listen. We need a print media campaign as well.

However, if they think they are going to free Andrew Tahmooressi with signs and megaphones then I respectfully disagree.

I will support them, however, because we are all on the same team.