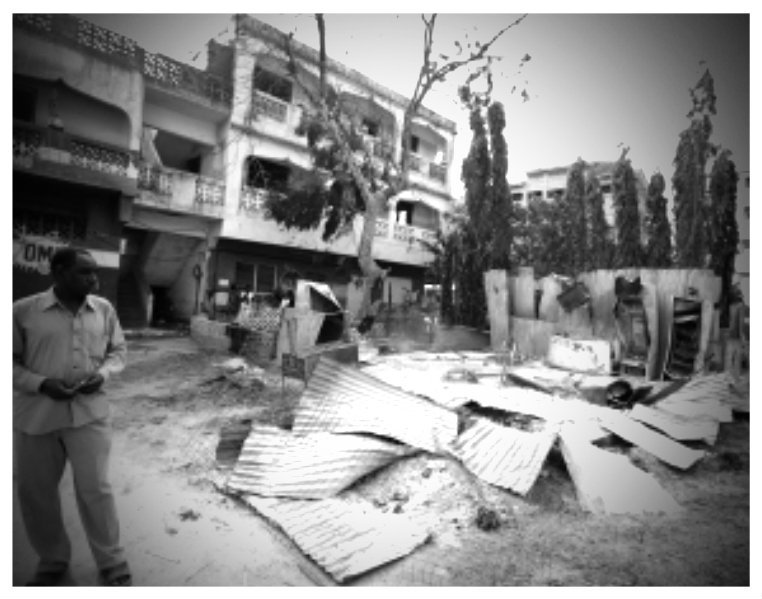 Dozens of extremists attacked a Kenyan coastal town for hours, killing those who couldn’t answer questions about Islam and those who didn’t know the Somali language, officials and witnesses said Monday. At least 48 people were killed and two hotels were set on fire.

The assault in Mpeketoni began Sunday night as residents watched World Cup matches on TV and lasted until early Monday, with little resistance put up by Kenya’s security forces. Cars and buildings still smouldered at daybreak.

Authorities blamed al-Shabab, Somalia’s al-Qaeda-linked terror group, who have vowed to carry out terror attacks to avenge the Kenyan military presence in Somalia. Along with its Somali fighters, the group also has many Kenyan adherents.

Like the gunmen who attacked Nairobi’s Westgate Mall last year, the Mpeketoni attackers gave life-or-death religious tests, a witness said, killing those who were not Muslim.

“They came to our house at around 8 p.m. and asked us in Swahili whether we were Muslims. My husband told them we were Christians and they shot him in the head and chest,” said Anne Gathigi.

Another resident, John Waweru, said his two brothers were killed because the attackers did not like that the brothers did not speak Somali.

“My brothers who stay next door to me were killed as I watched. I was peeping from my window and I clearly heard them speak to my brothers in Somali and it seems since my brothers did not meet their expectations, they sprayed them with bullets and moved on,” said Waweru.

‘[They] asked us in Swahili whether we were Muslims. My husband told them we were Christians and they shot him in the head and chest.’- Anne Gathigi, Mpeketoni resident

Read the rest at PamelaGeller.com