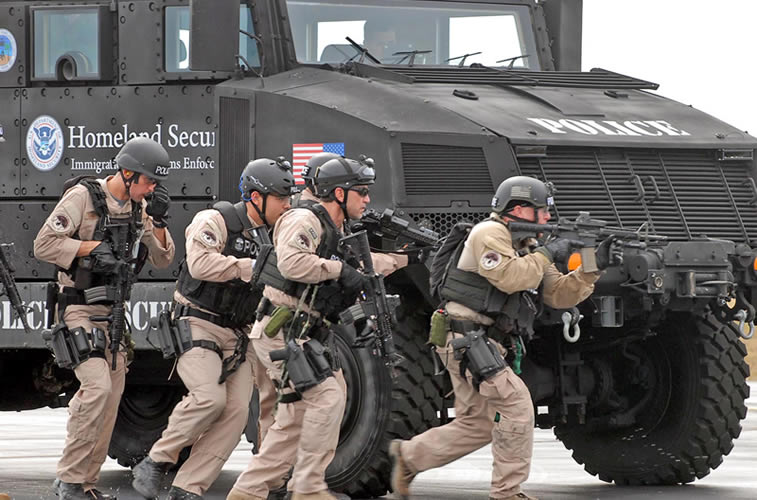 “A standing military force, with an overgrown Executive will not long be safe companions to liberty.”—James Madison

“Here [in New Mexico], we are moving more toward a national police force. Homeland Security is involved with a lot of little things around town. Somebody in Washington needs to call a timeout.”—Dan Klein, retired Albuquerque Police Department sergeant 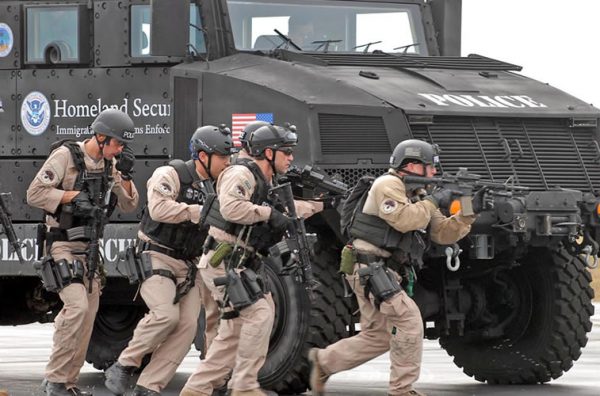 If the United States is a police state, then the Department of Homeland Security (DHS) is its national police force, with all the brutality, ineptitude and corruption such a role implies. In fact, although the DHS’ governmental bureaucracy may at times appear to be inept and bungling, it is ruthlessly efficient when it comes to building what the Founders feared most—a standing army on American soil.The third largest federal agency behind the Departments of Veterans Affairs and Defense, the DHS—with its 240,000 full-time workers, $61 billion budget and sub-agencies that include the Coast Guard, Customs and Border Protection, Secret Service, Transportation Security Administration (TSA) and the Federal Emergency Management Agency (FEMA)—has been aptly dubbed a “runaway train.”In the 12 years since it was established to “prevent terrorist attacks within the United States,” the DHS has grown from a post-9/11 knee-jerk reaction to a leviathan with tentacles in every aspect of American life. With good reason, a bipartisan bill to provide greater oversight and accountability into the DHS’ purchasing process has been making its way through Congress.