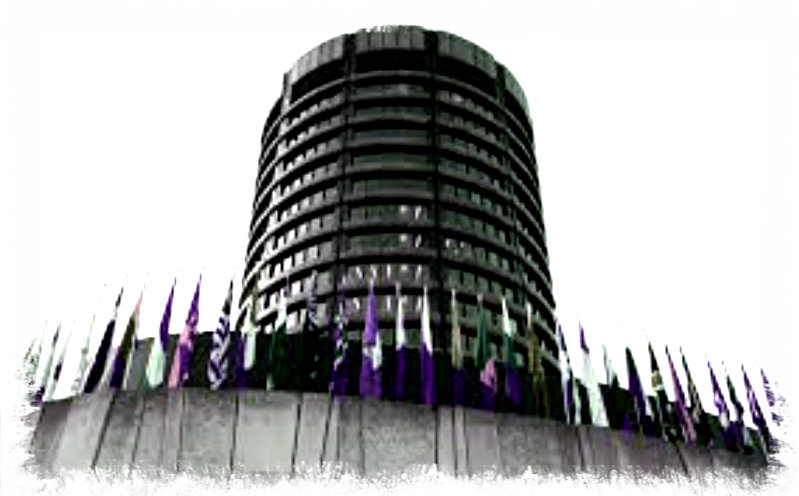 Even if Putin and Obama fail to realize the obvious, they are playing for the same team in a script that has been written for them to play out, the script will culminate in World War III.

The grand master controlling the world’s central banks needs World War III to happen. They need a war to unify the planet, socially, politically, economically and religiously. We are soon to learn the meaning of the popular NWO phrase, “Out of chaos comes order”.

Russia is bleeding the Petrodollar dry by leading the BRIC nations in the purchase of Iranian oil for gold. The same situation is emerging in Europe as Russia is on the verge, either by invasion or by proxy control of Ukraine, of controlling a good portion of energy needs supplied to Europe, this coming winter. If Russia is able to bypass the Petrodollar as a means of payment for Russian energy shipments into Europe, Russia will destroy the United States economically.

Russia recently completed a deal which brings China into the Russian energy sphere of influence. If Europe becomes totally dependent on Putin supplying gas to Europe this winter, this will eventually culminate in the weakening of NATO and the isolation of the United States both economically and militarily if the United States fails to act decisively. And with China’s partnership, Putin has added muscle to back up his actions.

Putin and Obama Are Playing On the Same Team

What does Russia want and what will be its eventual goal? Some believe that Russia wants to occupy the United States and perhaps Putin eventually does, but it is not practical at this particular point of time. Economic attrition and military isolation are Putin’s best friends at this time. After all, the US is in possession of over 2,000 nuclear weapons and 72 nuclear armed submarines which are virtually undetectable. Despite the presence of these American deterrents, do not be lulled into a false sense of security, this cold war will soon turn hot and I find myself in agreement with Doug Hagmann on where this war will start and what forces will be involved.

Putin Is a Cult Hero

Putin is developing almost a cult following among some people in the alternative media. To them, he represents a man with the force of conviction to tell international banking where to go and what to do when they get there. On the surface, Putin champions Christianity, professes disdain for the gay agenda and almost sounds like a conservative as he is reading from the past scripts of Ronald Reagan.

Putin is no conservative, he is an evil despot who abused his ex-wife, imprisons enemies and murders journalists who expose his duplicity. To these misguided analysts and Putin supporters who believe that he has succeeded where other world leaders have lost their lives (e.g. JFK, Hussein, etc.), he has become a cult hero. As romantic and appealing as a superhero may be who will ride in and save the world from the evil bankers, nothing could be further from the truth when it comes to Putin. Whether Putin realizes it or not, he is doing the complete bidding of the big boys at the Bank of International Settlements (BIS) and everything is moving right along according to plan.

In order to understand the present crisis, one has to understand how modern banking is organized. There are three distinct levels of hierarchal power associated with international banking. On top of the pyramid, is the BIS. They set policy for the central banks and they control the relative value of all the national currencies. They literally have the power of life and death over all central banks.

Central banks, such as the Federal Reserve and the Bank of London, occupy the second level of power. In turn, the central banks control virtually every government on the planet. So, when it is said that “all wars are banker wars”, that axiom is correct.

At the third level, on this hierarchy, are the national banks and we know them as Bank of America and JP Morgan, etc. This is the side of banking that is visible to the majority of the public.

Central Banks and National Banks Are On Death’s Ground

The BIS has utilized the strategy of Sun Tzu and has placed its central bank minions on death’s ground. To Sun Tzu, being on death’s ground means that one is backed into a corner and either the cornered party fights and wins, or they die.

Several years ago, the BIS devised a plot to gain an irreversible hold on the central banks and that was through the introduction of the derivatives scheme. Derivatives, based upon unregulated and wild speculation, mostly in the futures commodities market, it had the allure of easy money for groups like the Federal Reserve and Wall Street. The derivatives strategy was based on the principle of all money games, “First man in and first man out wins all the money”.  Unfortunately for the banksters, there were no first men out. The BIS created process led to a total debt of $1.5 quadrillion dollars which is about eight times the entire value of the planet. The BIS contrived a scheme that ensnared all banking. Why? The answer is contained in the following paragraphs.

Predictably, when the over speculated commodities price began to roll up as it does in any Ponzi scheme, the central banks and their third level national banks went running for their very economic lives! This was the sole reason for the bail-outs and the arbitrary banking practices we are seeing enacted across the planet as central banks are stealing bank accounts, retirement accounts and have declared that they own your money when you deposit it. This is why you should get your money out of the bank.

Where Does Putin Fit In to This Scenario?

This BIS plot was an evil, yet brilliant move, because it placed central banks on death’s ground. This desperation will lead to WW III. Putin is feeling the pinch because he must monetize his vast material resources through the BIS. For Putin, the survival of the dollar represents economic death for his currency and economic system as it has for most planet’s economies since the inception of Bretton Woods which made the dollar the world’s reserve currency.

Although America has 42% of the world’s millionaires, this could disappear overnight if the Federal Reserve collapses. To survive, the Federal Reserve desperately needs a war against the source of its economic distress and that means going to war with Russia as well as China, if need be. Virtually, every Western central bank is on death’s ground and the world is on a collision course for war.

Putin Is Winning So Far

In the present Petrodollar crisis, the central banks have failed to reign in Putin. Although it is true Putin is enriching himself with his access to vast mineral resources and this growing economic empire has convinced China, India, Brazil and South Africa (BRICS) to move under the Russian energy-based economic umbrella, Putin, however, cannot escape the fact that he must monetize his material wealth in order for him to participate in international trade. In order for Putin to monetize his wealth, he needs to remain a part of the Bank of International Settlement (BIS). Putin may not operate his own central bank in the same manner as the rest of the world, thus giving the illusion that he is independent of the boys from Basel, however, the BIS still controls the distribution of his purse strings and the dollar remains a threat to the Russian economy because the use of the dollar cuts most of the profit out of Russia’s energy trade.

Since Putin is under the umbrella of the BIS and Obama is under the umbrella of the Federal Reserve, who answers to the BIS, it is safe to conclude that Obama and Putin are controlled by the same forces. As nobody with any real knowledge of politics would accuse the Democrats and the Republicans of really possessing opposing ideologies, the same can be said for Putin and Obama. Although it is true that Putin and Obama will eventually go to war in Syria, let’s make no mistake about it, Obama and Putin are playing out a script that has been written by the BIS.

The failure of the central banks to corral and control Putin has made World War III a likely scenario. As Putin continues on the path of destroying the dollar as the world’s reserve currency, what will the Federal Reserve do? There will be a war to preserve the status quo. As China, Russia and the United States are drawn into a confrontation, the world’s economy will be obliterated along with billions of lives. In the aftermath of the coming global holocaust, the supreme financial rulers of the planet will be waiting to create order, the New World Order, out of chaos. The BIS is getting exactly what they need to unify the planet.

A willing pawn of the NWO, or not, Putin is no hero. He is doing exactly what is expected. Make no mistake about it, the BIS controls the central banks, world finance and Putin. The New World Order is very much alive. And when your children are sent to fight and die in World War III, I think you and they have right to know who they are fighting for and why they must die.