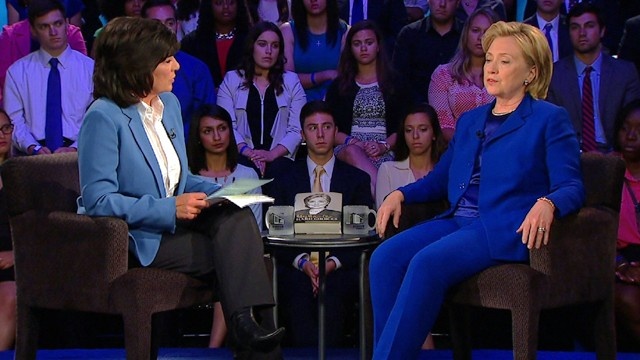 Hillary Clinton all but called for the introduction of thought crime during a CNN town hall event last night when she asserted that gun control opponents should not be allowed to hold an opinion that “terrorizes” America.