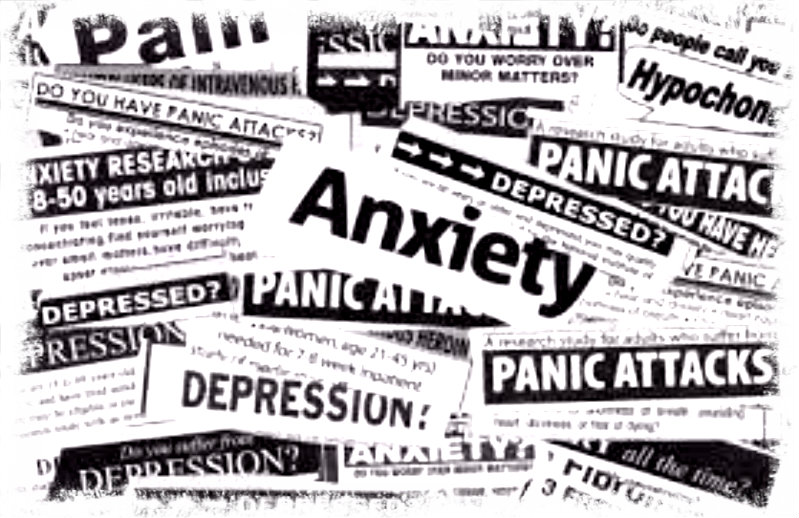 Will America ever rise up as a nation and throw off the shackles of enslavement being perpetrated by the banksters who have hijacked our government? The evidence would suggest that we will not.

Yesterday, I interviewed Gerald Celente, the futuristic trends predictor. During the course of the interview, I asked Gerald whether he thought we would see massive social unrest in the streets as a result of the economic collapse and the start of World War III. He responded with an answer that would surprise many in which he said he did not think that the American people could launch a meaningful response against tyranny because we are so over medicated on psychotropic drugs. Is he correct? The evidence would seem to suggest that he is indeed right on the money.

Rates of Psychotropic Drug Use

The rate of psychotropic drug use in the United States are more than three times as high as in various countries in Europe, particularly for psychostimulant drugs, antidepressants, and antipsychotics.

In the first decade of this century, the United States increased its spending on psychotropic medications by nine fold compared to rise in the inflation rate.

The Citizens Commission (Los Angeles, CA. 5/12/2011) found that as many as 60% of foster children are placed on some form of psychotropic medication. The only country which can begin to compare to these rates is England.

The water supplies of most American cities are contaminated with trace amounts of psychiatric medications. In city water supplies, we are drinking someone else’s urine. Don’t be shocked. Don’t you remember when it was revealed that the astronauts on the space shuttle were drinking each other’s urine? This is why they call it water treatment. Because of the increased rates of consumption of these medications, our urine is depositing these medications into the water supplies where normal treatment methods do not filter out the drugs. This is the same water used to make sodas and other beverages at local bottling plants. Further, the drugs end up being consumed by livestock, it is used to water our crops and the drugs end up in the transpiration cycle. As a result, psychotropic medications are in the air, the water and in us. With the increased rates of the consumption of psychotropic medication, our passive rates of consumption are increasing exponentially as well. This is the most bizarre medical experiment of all time.

These facts, alone, lending credibility to Gerald Celente’s statement, is suggestive of the fact that we, as a people, will never mount any meaningful resistance against tyranny. And the effects will become more dramatic in future years because the dramatic rise of the use of psychotropic medication rates on our children.

Chemically Castrating the Brains of Our Children It is a well known fact that psychotropic medications alter both the structure and the function of the brain in a dramatic fashion when it comes to the developing brain. And how long is the brain in this state of development where it is highly vulnerable to the side effects of these medications? The short and accurate answer is that the effects are prevalent for all ages, but they are much more dramatic for children. A safe bet for most children is that these effects are magnified until about age 19. Therefore, we are producing generations of young people who are in a drug-induced zombified state from a very young age. These are not the conditions which lead to the rise of political insight and a subsequent push back against the bankster hijacking of our government.

We know that a drug like Ritalin can actually cause the brain to shrink impact neurotransmission in the brain and inhibit electrical-chemical functionality in the brains of young people.

The use of Ritalin has become so rampant, that even the DEA has become alarmed by the tremendous increase in the  prescribing of these drugs in recent years. Since 1990, prescriptions for methylphenidate have increased by 500%, while prescriptions for amphetamine for the same purpose have increased 400%. The American Pediatric Association claims Ritalin is over prescribed by 600%.

Since the 1990′s, scientists have stated that ADD drugs are dangerous and can cause serious injury and death. Etta Brown, a licensed educational psychologist and author of Learning Disabilities: Understanding the Problem and Managing the Challenges found that drugs like Ritalin actually destroy the neural function in children’s brains. As a result, children who have undergone treatment with Ritalin will actually have a much more difficult time processing information and learning new things. This kind of defeats the purpose of getting children to sit still in school while placed in a zombified state. And these conditions are a panacea for an emerging fascist dictatorship because so few will notice the authoritarian trend curve given their mental state. Again the words of Gerald Celente come to mind.

Many of my colleagues in the new media privately profess frustration with the American people and their abject passivity in the face of the growing levels of tyranny emanating from our government. We often profess to each other a sense of bewilderment about what it will take to shake the mainstream of America out of its doldrums. Unfortunately, we in the media will only be able to increase our reach in very small amounts as we have too many factors working against us as evidenced by the content of this article.

Although it is a fact that, when and if people are starving, they will take to the streets to get the resources that they need to survive. However, any social unrest will solely be to victimize each other in order to obtain food and water. In our present condition, Americans will never stand up, as a country, and demand the return of our rights. Add in the rising rates of the use of marijuana, methamphetamines, LSD, Heroin and Ecstasy, the passivity effects are magnified.

The net effect of this reality is simple, it is almost a certainty that there will be no “great awakening” because the super-imposed passivity resulting from psychotropic use is in our food, water and in us.

As we will see in Part Two, the American people have more to fear from psychiatry and big pharma than just drug induced passivity.