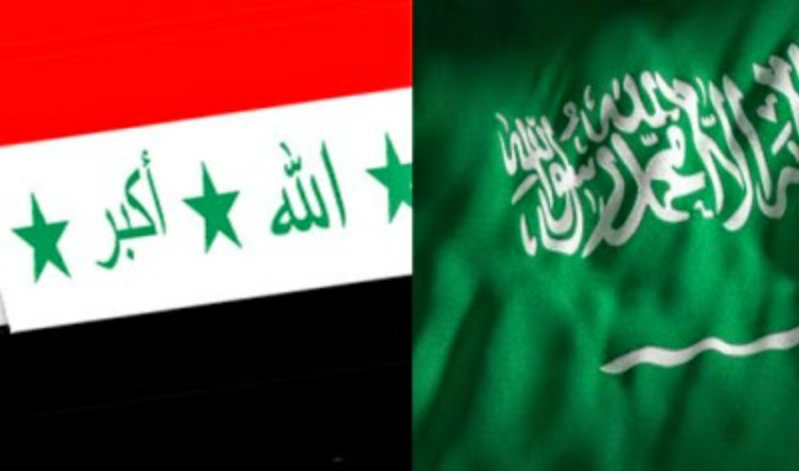 As ISIS marches across the sands of Iraq, the vast majority of Americans are no doubt convinced yet again that what amounts to a coordinated fighting army is merely the product of bearded fanatics hiding in caves hating America “for its freedoms.”  Although the overwhelming majority of the American public will never look any closer than a variant of the cleverly crafted description provided above, those that do pay some modicum of attention to current events will discover that, according to the mainstream media and Western governments, the leader of ISIS is none other than Abdullah al-Rashid al-Baghdadi, the alleged creator of al-Qaeda in Iraq. However, upon further study, it is revealed that the true leader is not Baghdadi at all. Indeed, the leader is not even an Iraqi. The commander of ISIS is none other than Saudi Prince Abdul Rachman al-Faisal, the brother of Prince Saud al-Faisal and Prince Turki al-Faisal. Of course, information regarding Faisal’s control over ISIS has been known for some time, yet the Western media has conveniently neglected to report on it. In a 2007 article published by Reuters entitled “Senior Qaeda Figure In Iraq A Myth: U.S. Military,” Dean Yates writes that a senior al-Qaeda operative informed U.S. Military interrogators that the Islamic State of Iraq was nothing more than a front for another organization and that its leader, Abdullah al-Rashid al-Baghdadi was himself a fictional person. In fact, Brigadier General Kevin Bergner told a news conference that Baghdadi did not exist and that “he” was merely an attempt to put an Iraqi face on what was a “foreign-driven network.”

Bergner stated that “In his [Khalid al-Mashadani – the captured al-Qaeda fighter] words, the Islamic State of Iraq is a front organization that masks the foreign influence and leadership within al Qaeda in Iraq in an attempt to put an Iraqi face on the leadership of al Qaeda in Iraq.” Bergner further stated that Mashadani informed the U.S. Military that the fictional leader Baghdadi was played by an actor whenever his character surfaced on the Internet. Yet, while Mashadani confessed that Baghdadi was indeed a fictional character, very little was revealed regarding the true leader of the group, at least nothing that was reported by Reuters. However, while this may lead many to believe that Mashadani and his Egyptian colleague Abu Ayyab al-Masri were the mastermind behind al-Qaeda in Iraq or the Islamic State of Iraq (ISIS), the rabbit hole goes somewhat deeper. Still, Baghdadi does apparently have some real history pointing to the fact that, at least at some point, he may have truly existed. As Voltaire Net has reported,

Abu Bakr al-Baghdadi is an Iraqi who joined Al-Qaeda to fight against President Saddam Hussein. During the U.S. invasion, he distinguished himself by engaging in several actions against Shiites and Christians (including the taking of the Baghdad Cathedral) and by ushering in an Islamist reign of terror (he presided over an Islamic court which sentenced many Iraqis to be slaughtered in public). After the departure of Paul Bremer III, al-Baghdadi was arrested and incarcerated at Camp Bucca from 2005 to 2009. This period saw the dissolution of Al-Qaeda in Iraq, whose fighters merged into a group of tribal resistance, the Islamic Emirate of Iraq.

On 16 May 2010, Abu Bakr al-Baghdadi was named emir of the IEI, which was in the process of disintegration. After the departure of U.S. troops, he staged operations against the government al-Maliki, accused of being at the service of Iran. In 2013, after vowing allegiance to Al-Qaeda, he took off with his group to continue the jihad in Syria, rebaptizing it Islamic Emirate of Iraq and the Levant. In doing so, he challenged the privileges that Ayman al-Zawahiri had previously granted, on behalf of Al-Qaeda, to the Al-Nusra Front in Syria, which was originally nothing more than an extension of the IEI.

Of course, all of the information above could indeed be nothing more than information dreamed up and served to a gullible public for the purposes of a propaganda narrative as well as the creation of a leader for prospective members of ISIS. Regardless, false assumptions surrounding the true leadership of ISIS would be called into question in January of 2014 when Al-Arabiya, a Saudi-owned and operated news agency, published an article as well as a video of an interrogation of an ISIS fighter who had been captured while operating inside Syria. When asked why ISIS was following the movement of the Free Syrian Army and who had given him the orders to do so, the fighter stated that he did not know why he was ordered to monitor the FSA’s movement but that the orders had come from Abu Faisal, also known as Prince Abdul Rachman al-Faisal of the Saudi Royal Family. An excerpt from the relevant section of the interrogation reads as follows:

Interrogator: Why do you (ISIS) monitor the movement of the Free Syrian Army?

ISIS Detainee: I don’t know exactly why but we received orders from ISIS command.

Interrogator: Who among ISIS gave the orders?

Such revelations, of course, will only be shocking news to those who have been unaware of the levels to which the Saudis have been involved with the funding, training, and directing of death squad forces deployed in Syria. Indeed, the Saudis have even openly admitted to the Russian government that they do, in fact, fund a number of varied terrorist organizations across the world. Even tired mainstream media organizations such as Newsweek (aka The Daily Beast) can no longer ignore the facts surrounding the Saudis’ involvement with the organization of terrorist groups across the world. Clearly, the American public would do well to ignore the typically peddled stories handfed to them by the American corporate media outlets. The narratives suggesting that terrorism is made up of cave-dwelling religious lunatics is not simply insufficient to explain current developments, it is inaccurate and entirely misleading. With the close relationship held between the United States and Saudi Arabia, if the U.S. wishes to stop the spread of terrorism in Iraq, it will immediately demand that the Saudis cease funding it. Unfortunately, however, for a number of reasons, such a request is not likely to happen.