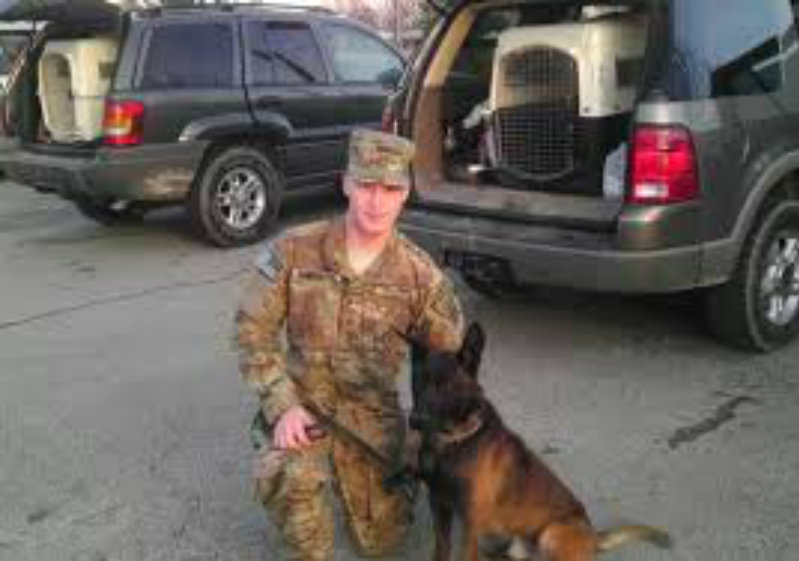 (*Please note that it was the National Enquirer that, alone, pursued and broke the story of former Democrat senator and VP candidate John Edwards’ adultery and illegitimate child, for which the tabloid was nominated for a Pulitzer.)

In a heartbreaking tragedy of war, more than 1,200 brave military dogs used to protect troops in Afghanistan and elsewhere were killed by our government after they were retired, The National ENQUIRER has learned.

The heroic service dogs were euthanized because they were deemed too “dangerous” for civilian adoption or jobs with law enforcement agencies, as well as for medical reasons according to U.S. Air Force reports given to Congress.

Shockingly, 16 retired pooches that once worked as guards or bomb sniffers were “put down” between 2001 and 2005 simply because “they were not wanted” by anyone, according to official documents.

Army Specialist Luke Andrukitis was so upset by the practice that he tracked down and found his bomb-sniffing Belgian Malinois – a fearless pooch that had saved many lives, including his, in Afghanistan during a nine-month deployment in 2013. (Read more about Andrukitis’ efforts to find his bomb-sniffing dog Robbie here.)

“(The euthanasia) is absolutely horrible!” he said. “They served their country just like we did.” 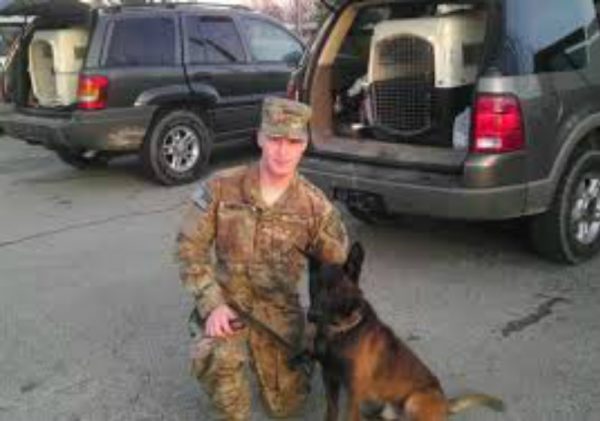 The military maintains a force of about 2,500 dogs worldwide, with about 1,000 of them stationed at Lackland Air Force Base in San Antonio.

Although more than 400 “retired” dogs are adopted every year, many have been deemed unsuitable for adoption because of their “repeated unprovoked aggressive action,” said Collen McGee, a spokeswoman for Lackland.

But animal rights activist Beverly Gaines insists that the military is not doing enough to rehabilitate the dogs or find them a suitable home.

Currently more than 300 people are waiting to adopt a military dog, with an average waiting time of 18 months.

Editor’s Note: I wanted to do some research to make sure this is really happening. Information on the internet is light on this subject but it is clear that military dogs are still being euthanized. I can not verify the “1200” number without seeing the actual report. Also, without seeing that report we can not determine how many of these dogs were put down recently versus, for instance, 10 years ago. I did however find a few articles. The general understanding I have is that it still happens but it is not as common as it once was. I will print an excerpt from this article below. -Dean Garrison, Editor, D.C. Clothesline

There have been cases of MWDs being euthanized, or at least coming close to it. You may recall the recent story of Rocky, a disabled MWD who narrowly escaped euthanasia. The public outcry and wide dissemination of his story saved his life. According to the experts at Pets for Patriots who run the Pet Corner, these cases are rare. Most MWDs are adopted by handlers, military families or civilians. Clearly there are MWDs who, like pets in general, have health  issues that could render them unattractive to potential adoptive families. However, Rocky’s story proves that when the public is made aware of such cases, someone usually steps up.

How often do we lose a MWD who wasn’t as fortunate as Rocky and whose story didn’t get out and tear at our heartstrings? I don’t know. What I’d really like to see is a process whereby these stories, however infrequent, are brought to the public’s attention. There are a million softies like myself who would be more than willing to give a dog, even a special needs dog, a loving home for the remainder of his life.