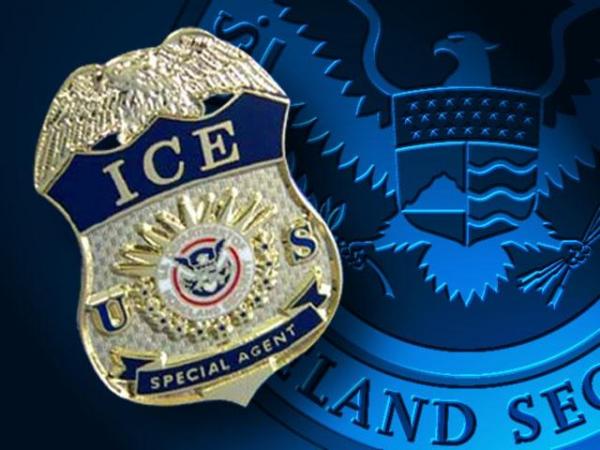 A Boston TV station has discovered that US Immigration and Customs Enforcement (ICE) has been flying planeloads of illegal immigrants to Massachusetts over the past couple of weeks:

ICE officials confirmed to Fox 25 on Friday that at least six commercial, agency-owned charter flights have transported detainees to the Boston area. The agency told the station that moving detainees from the southern borders to other areas of the country is routine. (source)

Jessica Vaughn, spokesperson for the Center for Immigration Studies, told Fox 25 that there are a number of concerns here – one being that the border crisis is distracting US agencies from deporting illegal immigrants who have been convicted of crimes.

Recent reports found that in May, ICE released 36,000 immigrants with criminal convictions into communities for a number of reasons, Vaughn said.

“This influx of people is a direct result of recent policies,” she said. “According to border patrol’s own intelligence, what the immigrants are telling them, is that they’re coming now because there’s a new law that gives them permission to stay.”

When Fox 25 questioned governor Duval Patrick about the flights, he said he didn’t know anything about it.

That’s not really a surprise, as the government has been dumping illegal immigrants off at bus stations in Arizona and Texas too, as Judicial Watch reports:

Arizona Governor Jan Brewer learned that the feds were using her state as a dumping ground for illegal immigrants in the media. She was rightfully outraged and fired off a letter to the president calling the plot dangerous and unconscionable. “This unwarranted operation is another disturbing example of a deliberate failure to enforce border security policies and repair a broken immigration system,” Governor Brewer tells the commander-in-chief.

While all this is going on, a huge number of unaccompanied illegal immigrant children are crossing into the U.S. and Obama has officially deemed it an “urgent humanitarian situation.” To handle it appropriately, the commander-in-chief has directed the Secretary of Homeland Security to establish an interagency Unified Coordination Group to develop an appropriate federal response to the crisis. This, of course, requires lots of money and American taxpayers will get stuck with the tab. U.S. taxpayers spent $868 million to care for unaccompanied illegal immigrants under 18 this year and the cost is expected to increase to $2 billion by next year, according to a mainstream news report citing administration figures. (source)