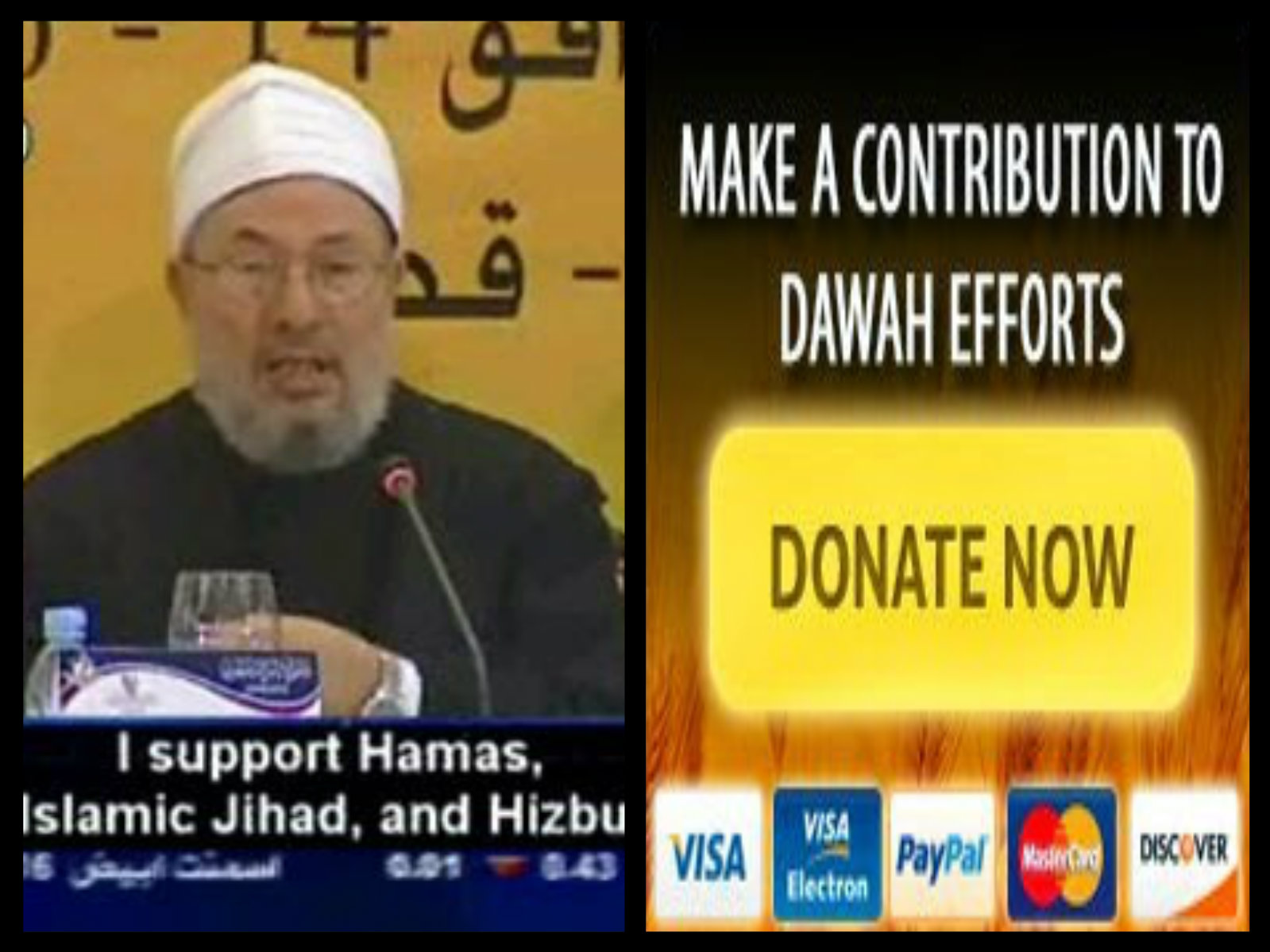 “Above all, Iraqi leaders must rise above their differences and come together around a political plan for Iraq’s future…Now, it’s not the place for the United States to choose Iraq’s leaders.”
– Barack HUSSEIN Obama’s words as he stabs the Iraqi people in the back

As the flag of the ISIS terrorists fly over one of Iraq’s main oil fields…as the ISIS terrorists have taken control of one of Saddam’s old chemical and biological weapons facilities (proof by the way that George W.Bush was right)…Barack HUSSEIN Obama in yet another ‘smile-for-the-cameras’ photo-op news conference, basically said to Iraqi Prime Minister Nouri al-Maliki that the insurgent situation currently ongoing in Iraq is his problem alone to solve.

So now it’s official that all America fought for…that all American blood spilled and treasure spent… has all been for naught because this vile and traitorous man announced that we will NOT be putting ‘boots on the ground’ to help solve what he deems to be Iraq’s internal issues between political factions and NOTHING more.

Saying he will NOT chose sides in the Shi’ite vs Sunni vs Kurds battle, the simple truth often overlooked is that Barack HUSSEIN Obama has already chosen sides…choosing sides long ago…for all three sides in the Iraqi conflict are muslim, and with his allegiances always lying with the muslims he wins NO matter which side triumphs as all are his blood brethren.

And so to placate we here at home and to make it appear as if he’s doing something, Obama announced that he will be sending 300 U.S. military advisers to Iraq to ‘advise’ the Iraqi army and NOTHING more. Adding that with the increase in pertinent information gathered because of said 300 advisers, Obama made it clear that he will NOT launch…for now anyway…any air strikes or intervene militarily in the battle for Iraq.

So what Obama is doing…or should I say NOT doing…amounts to NOTHING for when dealing with barbarians brute force must NOT just match brute force but must be stronger than the brute force of those who are the enemy. But with America’s enemies being Obama’s friends what his actions…or lack thereof…are doing is actually once again ‘aiding and abetting’ the enemy during a time of war.

And so in the country where purple fingers were NOT that long ago displayed with pride…a country that was NEVER really ready for democracy in the first place… Obama had the audacity to bloviate that what Iraq needs is new leadership that is more ‘accommodating’ toward the country’s ethnic and religious minorities…same basic garbage he spews here at home. One only has to look at our southern border to see his words in action.

And as Iraq heats up one can’t help but remember Obama’s words that the call to muslim prayer is “one of the prettiest sounds on Earth,” proving beyond all doubt that he is muslim in his heart, mind, and soul. And being a muslim ties him directly to factions currently tearing Iraq apart.

And with Barack HUSSEIN Obama’s true allegiances indeed lying with America’s enemies…America’s very own ‘agent of islam’ (thanks Craig)…has direct family ties to Wahhabist interests in Saudi Arabia and to the Muslim Brotherhood in Egypt and elsewhere.

Briefly, these ties go deep to include Obama’s brother Malik Obama (a US resident since 1985) who is Executive Secretary of the Islamic Da’wa Organization (also spelled Dawah or Da’wah)…one of 50 worldwide islamic fundraising groups that are part of the coalition of the UG (Union of Good)…a coalition of ‘supposed’ charities headed by global Muslim Brotherhood leader Yusuf al-Qaradawi. And the UG along with the groups falling within its auspices were designated by the U.S. Department of Treasury as a terrorist entity under Executive Order 13224 issued on September 23, 2001 by George W. Bush.

So now we have Da’wa…an organization that raises, collects, and sends monies to, amongst other terrorist groups, Hamas…having as its Executive Secretary Barack HUSSEIN Obama’s brother…Da’wa an organization that was granted 501-(c)(3) status (number 26-2461342) by none other than Lois ‘My E-mails Went Poof’ Lerner herself. And could Obama himself have ordered that his brother’s group be granted said status because he, Obama, was a supporter or even a donor to Da’wa NEVER mind that they were listed by the U.S. government as a terrorist entity. So that meant to get 501(c)(3) status terrorist supporting Da’wa either had to be removed from that list by an Executive Order of Obama’s or that the IRS was ordered to ignore the designation already in place…and either scenario is unacceptable.

And could the missing Lerner e-mails in part include proof of donations by Barack HUSSEIN Obama to his brother’s Hamas supporting organization…to his brother’s muslim terrorist organization? Or could the granting of 501(c)(3) status to a terrorist group by the IRS be traced directly back to the White House? Could this be why a specific batch of Lerner’s e-mails went ‘poof’?…just a little something to think about as you now shake your head in disgust over the Obama family’s ties to Wahhabist extremists in Saudi Arabia.

It seems that Obama’s grandmother, Sarah, heads the ‘Sarah Obama Benevolent Fund’ a ‘supposed’ charity to help underprivileged children and widows by improving their housing, education, and upbringing (as per their literature) in Saudi Arabia and Egypt. Raising 90% of its monies from donors (and again maybe Obama is one of those donors) here in the U.S. and to a lesser extent in Europe… this fund is NOT quite what it seems on the surface for according to Obama’s cousin Musa Ismail Obama…in an Al-Jazeera interview…the bulk of the ‘Sarah Fund’ sends little to widows and orphans, instead the monies raised go towards free scholarships to send Kenyan students to the top three most radical Wahhabist madrases in Saudi Arabia to study sharia law.

And Wahhabis…the main faith of those in Saudi Arabia and of al-Qaeda operatives including the majority of the members of ISIS…is an extreme form of islam that insists on a literal interpretation of the qur’an, with strict adherents believing that all those who do NOT practice their form of islam are heathens and enemies…meaning off with their heads in the name of allah.

Once given monies to help fund their studies of the intricacies and implementation of sharia law, these students than disperse worldwide to set-up sharia compliant enclaves…perhaps even some right here in America…and a great portion of those monies come from the Obama family. And rest assured that Obama himself has always known exactly what they were doing. And by the way, Lois Lerner also granted this group their 501(c)(3) status.

Are you sick yet knowing our government…that our president…makes it easy for terrorists to raise money but stops TEA Party and conservative groups from doing the same….I know I am.

So just as Obama sealed all the information regarding ‘Fast and Furious,’ now we have Lois Lerner’s critical e-mails gone missing…e-mails that (I believe) tie Obama and/or his family into the direct funding of terrorist groups as the IRS scandal is bigger than just NOT giving TEA Party and conservative groups 501 (c)(3) status as you just know that some…if NOT most…of those monies raised by the above mentioned groups likely find their way into the ISIS war chest as all these groups outwardly support the terrorist takeover of Iraq.

And all this is consistent with what was always the ultimate goal of Barack HUSSEIN Obama… America’s enemy within…as he continues on with his plans to collapse our beloved America. And what better way to do it domestically than by overloading us with scandal after scandal as our economy slowly collapses while we’re focused elsewhere, and as islam makes more inroads into both our halls of government (as witnessed by the photo above) and into the fabric of our American society. And know these scandals are NOT random occurrences but carefully crafted manipulations by those who pull Obama’s strings…string-pullers like the infamous Valerie Jarrett who has direct links to the Muslim Brotherhood and whose family is rife with radical ties.

As for Obama’s foreign policy plan it really is quite simple…by shaming America in the world’s eye he hopes our collapse will surely follow.

And know that an opposite plan is used for foreign policy where Obama’s actions are deliberately weak at best for the few actions he does take are contrary to the long term interests and safety of the nations involved and to the safety of our own country as well. But least we forget that Barack HUSSEIN Obama’s driving force and allegiance was clear right from the start…never hidden from view but one people chose to ignore…from the his book ‘The Audacity of Hope’ page 261…“I will stand with the Muslims should the political winds shift in an ugly direction.”

Sadly, those words say it all…and sadly he has done just that.

Diane Sori is the Editor of Patriot Factor.