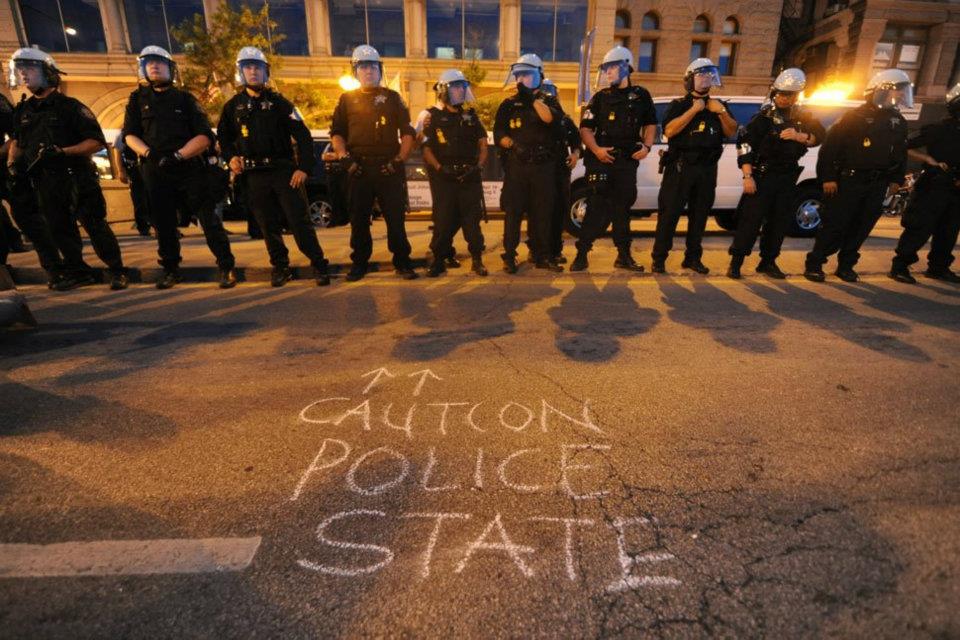 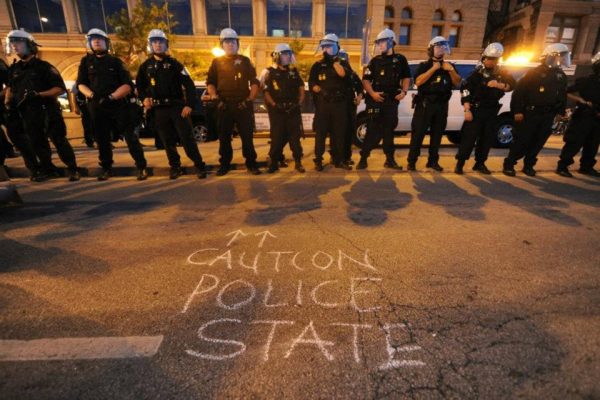 Stripped naked, pepper sprayed, and left in a holding cell alone for hours – that’s what an Indiana woman was subjected to after an arrest for misdemeanor offenses.

WDRB covered the story as well, and outlined the details surrounding Gentry’s treatment:

Almost immediately upon entering the jail, she’s assaulted by four officers. They grab her around the neck, they grab her body,” Landenwich said. The video shows officers then taking Gentry to what’s called the padded room.

“Terrified and humiliated, she’s banging on the door asking someone to give her her clothing and someone comes to the door and says, ‘If you don’t shut up, I’m going to pepper spray you,’ and sure enough, they open the door, spray pepper spray into the room and they leave — and they leave her in there for 40 minutes, naked, in a cell filled with pepper spray.”

Landenwich says Gentry was then handcuffed and taken to wash out her eyes.

“She has a blanket draped over her shoulders, she’s paraded through the booking area in full view of anyone who happened to be there,” Landenwich said.

Landenwich said Gentry was put back in the cell and left there for five more hours before she was given a jump suit to wear.

“Now this is a woman, who under our system of law, is innocent until proven guilty. She’s charged and she’s charged with a misdemeanor crime that’s not a violent crime,” said Landenwich.

According to a written jail report obtained by the Louisville Courier-Journal, jail officials claim that Gentry was drunk and belligerent, and that she kicked and cursed officers as they questioned her.

The report also says that Gentry “was being placed in a smock and the females [officers] were going to remove her clothes.”

But according to Landenwich, the video surveillance that captured the altercation clearly shows “two male deputies and two female deputies” removing her client’s clothing.

In that report, Sgt. Ryan Rainey wrote that the pepper spray was used to stop Gentry from yelling and agitating other inmates:

“I made the decision that I had to gain her compliance for the safety of this facility,”  wrote in the report, according to the newspaper. He also reportedly described the amount of pepper spray released as a “short burst.”

Landenwich pointed out that Gentry was not a threat to anyone at the time she was pepper sprayed:

“Standard protocol in every police case I have ever dealt [with] is that you’re allowed to use [the] force necessary to maintain [an] officer’s safety or [the] safety of other people,” she said. “Well, here we have a woman, who is naked, locked in a cell, who cannot possibly pose a threat to anybody.”

The sheriff’s department does not have a strip search policy, but will remove clothing to check inmates for drugs and other items. Landenwich said that there are rules in place that were ignored, and that Gentry’s constitutional rights were violated.

“There are lots of rules about how a strip search is conducted, but this was not a strip search,” the attorney said. “They weren’t searching her for anything. This was sexual humiliation.”

This isn’t the first time a woman has been subjected to such treatment at this particular jail – the allegations are similar to those in the case of Ashley Storms (who happens to be a cousin of Gentry), who was jailed after a misdemeanor arrest last year. Landenwich represented Storms, and her lawsuit was settled for an undisclosed sum.

Landenwich told The Courier-Journal that the law protects detainees against excessive force, unjustified stripping of one’s clothing and cruel and unusual punishment, such as the pepper spraying and the humiliation of being walked through parts of the jail, partially covered.

“There is no justifiable law enforcement purpose for treating someone this way,” Landenwich told Wave3. “There is no officer safety issue implicated by her having clothing what this is, is humiliation.”