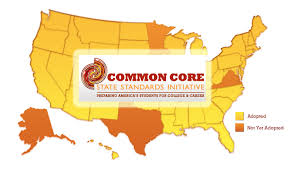 It is easy to become a doom and gloom prophet with regard to American education. In many ways, American education is strong in many different areas. Generally speaking, the more education one receives strongly correlates with gross income. We can talk about reading comprehension scores, etc., all we want, but if the number of years spent in school is matched with rising income, then the schools, in large part are doing their job. However, there is an elephant in the room and it is Common Core.

Common Core Works Against the Best Efforts of Teachers and Students

Yes, there are some bad teachers and administrators, but this is the exception, not the rule. Today’s schools are filled with caring and competent teachers and administrators. The vast number of school board members selflessly offer their time and expertise because they want to make a difference. Then why is there the perception that our schools are so bad? The short answer is that the media has been pounding away at this notion since at least the 1980′s even though America still leads the world in research based innovation and it is not close! The opportunity to obtain a quality and rigorous education is still within the reach of most people. One would be surprised about the corporate relationship that exists between certain media outlets and companies that are profiting from education “reform”. This is a topic for another discussion. However, let’s suffice it to say that most teachers are doing a good job in the face of some adverse circumstances and these circumstances have a name, Common Core. Most educators go beyond Common Core in providing your child with an education and you should be glad that they do. However, Common Core is becoming an impediment to your child’s future. Fortunately, many of the politicians at the local level are seeing through the Common Core facade and are beginning to campaign on getting rid of Common Core (e.g. Arizona’s 2014 gubernatorial candidates).

I am not going to mince words. Common Core makes the claim that its philosophy and mandates makes a child college ready. THERE IS NOT ONE SHRED OF RESEARCH BASED EVIDENCE THAT PROVES THAT THIS IS TRUE!  And you should not be surprised. Can you name even one Obama inspired program or edict which has improved your status as a middle class citizen of this country? I am waiting…. Please, just name one….   Let me review a few of Obama’s major initiatives which have not worked and are classified as abject failures:

2. His handling of the Ukrainian crisis.

3. The implementation of the Affordable Heathcare Act.

5. The general handling of the economy which has witnessed 146 million Americans on some form of federal welfare.

7. If we continue on our present course, we will be able to place Common Core in this slot.

I do not want to be accused of unfairly criticizing President Obama.  So, again I ask, what has Obama done to help your family in any meaningful act by the government that he has had some measure of control over? I am waiting….  still waiting ….  That is what I thought. Welcome to Common Core.

If we allow Common Core to continue, this will be item number 7 on my list of failed Obama programs when this topic is reviewed at the end of the next school year. The fact remains that not one teacher, one local school board member or one state legislator had anything to do with the development of Common Core. This is a totally externally driven system. There are social agendas embedded within the Common Core which will be exposed in a future article. No, this is not a conspiracy theory, it is about provable facts based upon real research. In the next article, the links to evidence of these claims will be provided so even the most ardent Common Core advocates will be hard pressed to defend the new fad in education. None of the stakeholders and societal leaders, which should have been involved in the creation of Common Core, were consulted about the total package. All that local officials have been allowed to do is to devise implementation schemes. And with the mandated use of Bill Gates’ computers to test children, under Common Core, the cost is so great that states like Arizona are balking at continuing with this monstrosity. In the beginning, Common Core was such an unpopular idea in Arizona, that the Secretary of Education for Arizona, John Huppenthal, changed the name in an attempt to fool the public. However, a rose is a rose by any name.

The good news is that in many of our communities, Common Core is on the ropes. The cost is too great, the entire concept is not data driven through open and honest validation of its claims through the research process. Common Core has not been beta tested or field tested. Your child is the Common Core guinea pig. Would you purchase a car that has not been put through state and federal guidelines for product safety? Of course you wouldn’t. Then why would we not demand the same of schools and their programs?

We don’t have to pay for freeways!
Our schools are good enough
Give us endless wars
On foreign shores
And lots of Chinese stuff”

If the lyrics, listed above, which represent a recently created children’s song praising the virtues of President Obama, doesn’t make you cringe, then there is a good chance that you will love the new Common Core educational standards.

The next series of  articles present clear and convincing data which demonstrates the fact that the implementation of the Common Core educational standards, already in place in no less than 47 states, will result in the further dumbing down of America as well as serving to brainwash our children into accepting Agenda 21 sustainability plans for the deindustrialization of America, the fostering of a spirit of favoring the  elimination of civil liberties and a future which will parallel the darkest days of the medieval feudal period. Don’t scoff, the proof is forthcoming.

Fortunately, most teachers and administrators will still teach and give each child an opportunity to learn. However, Common Core, as you will see in the next several installments in this series, provides an unnecessary set of obstacles that educators should not have to deal with. You might be wondering if there are any virtues connected to Common Core that most of us would agree that children will benefit from these recommended practices? The short answer is, of course there are some praiseworthy elements in Common Core. However, most of the virtues of Common Core, as I will prove, are thinly veiled bastardizations of past educational concepts that have worked. And then there are the Common Core elephants in the room. Many of the Common Core practices are not in the best interest of our children and provide a significant impediment to their teachers and administrators.

Why Did the States Adopt Common Core?

There are three reasons that Common Core was initially embraced by state legislatures.

The Washington DC bureaucrats cranked up the Federal Reserve printing presses, created some money out of thin air, and sent the money to the debt-enslaved states. All the states had to do was to take a bite out of the poison apple and wash it down with a glass of Kool-Aid.

The rejection of Common Core is not about the manifestation of the fear that can come from embracing change and that change can become uncomfortable.  It is about ensuring that education doesn’t regress to thinly veiled forms of political propaganda. The rejection of Common Core is also about ensuring that special interest groups and specific individuals (e.g. Bill Gates) do not get to earn record profits on the backs of  the American taxpayer with regard to the implementation and maintenance of this system. This rejection is mostly about demanding accountability and proof that the bill of goods being imposed upon our children will actually work. Spare me the anecdotal stories. We need to demand across the  board RESEARCH BASED proof and there is not any substantiation to this massive overhaul of our educational system. That requires field testing and tinkering followed by revision before we implement the body of work into each and every classroom. This latter process has been skipped and it is distressing that we as a nation have not challenged this shoddy and deceptive approach to implementation. Again, I state, there is enough data, and enough open-minded local politicians who will act against this folly if they feel that they have the backing of the people. I do not have any illusion that rejecting Common Core will save our nation from the decline that we are in. We may just have to be satisfied with the fact that we have done for our children, the very best that we can do.

I would encourage you to hold your teachers accountable for their performance in the classroom as your child returns to school in the next 6-8 weeks. However, I would remind you that most teachers are doing the best that they can under a system that controls their every lesson and robs them of the academic freedom that they need to bring their whole self into their lessons.  If you read the proclamations of Google, they advocate for the future use of robots in the classroom. We are approaching that standard with Common Core. This should conjure up terms like the Borg or hive mentality.