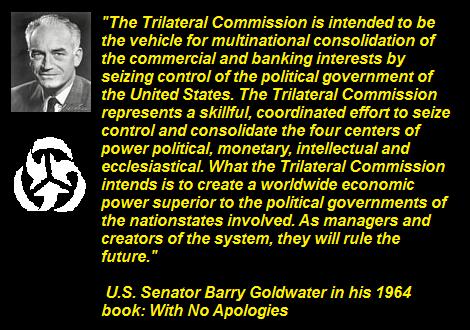 Over the last couple weeks I have been glued to the true story “The Lone Survivor,” where four of America’s finest Navy SEALs of “Operation Red Wings” were sent to do some reconnaissance concerning terrorists in Afghanistan.

Right from the start it seemed very clear that the special op was cursed. All the way from herdsman coming directly into their particular position where they were discovered (they could not terminate the compromise of being discovered because of Rules of Engagement), to being surrounded by 200 Taliban while they were waiting and expecting to be extracted but could not (their radio signal was too weak to reach headquarters). Then there was the downing of two Chinook helicopters (two apache helicopters would have given them cover, but they were grounded). All circumstances around this operation seem very strange both from within and from without. Tragically, three of the four SEALs were killed. What began to catch my attention was when Marcus Luttrell said about the enemy, “They knew exactly where we were.”

Taking it a step further, I began to listen to Marcus Luttrell’s CD version of the book “Lone Survivor,” and some of the things that were said seemed to pop out at me. Marcus said, “It seemed like we were oftentimes chasing shadows.” He would explain how the terrorists would diminish and would come again all loaded up.

Friends, from an outsider looking in it seemed as if the soldiers on both sides of the battlefield were being played on a chessboard. Who is creating the wars our boys are dying in? And for whom does it work?

I can just hear some state-run media minded individual saying, “Are you kidding me? Didn’t you watch the news last night?”

I know that there is still 21 percent of the population that believe in what they (the state-run media) promulgate through their lies, but let me set this straight, using words right out of the mouths of those I mean to expose:

“We are grateful to the Washington Post, the New York Times, Time magazine and other great publications whose directors have attended our meetings and respected the promises of discretion for almost 40 years. It would have been impossible for us to develop our plan for the world if we had been subject to the bright lights of publicity during those years. But, the world is now more sophisticated and prepared to march towards a world government. The supranational sovereignty of an intellectual elite and world bankers is surely preferable to the national auto-determination practiced in past centuries.”

– David Rockefeller, in an address to a Trilateral Commission meeting, June 1991

We know that President George H.W. Bush, on Sept. 11, 1991, called for a “New World Order”, and keep in mind their method is “Order out of Chaos.” Who is creating the chaos? Those who are taking control after the chaos has been created.

We know that after 9/11, Americans were told that they were attacked by “radical Islamic terrorists.” Thirteen years later, Americans are now being labeled by this administration as terrorists because they resist Obama’s lawless and unconstitutional policies, as he releases self-proclaimed terrorists to “fight Americans another day.”

We also know that after 9/11, it was not the Taliban that asked the American people to give up rights that hundreds and thousands have fought, bled and died to give us; it was the American government that did, and they continue to do so by the force of circumstance.

We also know that Obama was in Europe before his presidency, telling the people that there is a need for a “New World Order,” an “International Order” and that “There isn’t any other way.” So, while America’s military is fighting off “terrorists” in other countries, this administration is attacking America.

Next question: Who are the terrorists?

We know that Henry Kissinger on May 31, 2007, said that those who oppose the New World order are “terrorists.”

If America would simply read the warnings from our forefathers, then she would not be made a fool of ill-designing men. Neither would our soldiers who die on the battlefield through unconstitutional wars. If this were not the case, then what did Kissinger mean when he said, “Military men are just dumb, stupid animals to be used as pawns in foreign policy”?

The devil loves for people to believe that it is God that they are honoring, when in fact the devil is behind the operation. There is no doubt that the devil is in the details concerning those who desire global government, and you know who they are in America by their absolute disdain and contempt of our enumerated forms of republican law.

Remember, as President James Madison rightfully said, “If Tyranny and Oppression come to this land, it will be in the guise of fighting a foreign enemy.”

I am for peace. Yet I believe that we always need to be prepared for war to maintain peace (Psalm 120:7). I also want to make sure that we are not working for the enemy in the process of bringing forth our own demise, through the destruction of others, because of some self-proclaimed elitists who want to establish a one-world government.

One thing is for sure, and there is no doubt, “terrorism” is working for the global community to strengthen their alliances toward a one-world government.

Speaking of Josef Stalin’s totalitarian government, Condoleezza Rice said, “The system of terror was essential to Stalinism. … Terror was the creation to mold politically the control that they wanted.”